A peek inside: Wunderlist wants to be the ultimate tool for organizing your life and business (interview)

Based in Berlin, 6Wunderkinder has attracted 8 million users worldwide for its 'life organisation tool', and millions of dollars in venture capital to boot. Today, it's unveiling Wunderlist 3 to the world.
Charmaine Li 31 July 2014
Share
Facebook Twitter Linkedin

What started as an experiment among six friends in Berlin trying to better organize their lives (hence the company name) has become a productivity tool with 8 million users worldwide and a company backed by one of Silicon Valley's most acclaimed VC firms.

"We launched it and literally had overnight success with it," said 6Wunderkinder CEO Christian Reber (pictured below) on Wunderlist's initial release in 2010. "We grew faster than we ever dreamed of and from then on, it became a serious product."

6Wunderkinder made headlines last November when it announced a $19 million Series B funding round led by Sequoia Capital, a notable VC firm that has invested in the likes of Google, Apple, Airbnb and Zappos. The deal was big (and good) news for Berlin's startup scene because it was Sequoia's first foray into the German entrepreneurial landscape.

Since then, the startup has remained uncharacteristically quiet... until now, that is.

In the last couple of months, 6Wunderkinder has been working on an updated version of its task management tool and to-do list app – behold Wunderlist 3.

With its latest release, we spoke to Reber about the company's roller-coaster journey, why Berlin startups need to be more globally relevant and the low-down on Wunderlist 3. 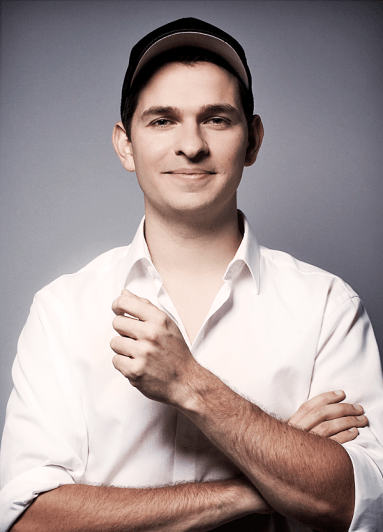 From Berlin beginnings to big-name investors

If you read an article about Berlin as an emerging startup hub, you'll likely see 6Wunderkinder alongside SoundCloud and ResearchGate named as some of the companies pushing the German capital's startup scene to the forefront.

Even though the company seems to be basking in a glow of international recognition at the moment, it hasn't always been smooth sailing.

In 2012, 6Wunderkinder scrapped its project management app Wunderkit a few months after it had launched in beta, which some saw as a blow to the much-hyped startup.

"Building a startup is hard," said Reber humbly. "You have tons of barriers, so I think it's quite necessary that you enter it with a naive mindset – it helps you survive the beginning. We’ve definitely been very lucky... We built a product, we invested so much time and money into it, we failed with it, we switched to the product that started as an experiment, and now it’s a large product with great investors who are supporting us tremendously."

"I mean, you can call us lucky. But also, we’ve been incredibly thoughtful in making the next step," he added.

For a while, the company's business model was a big question mark. However, last April, Wunderlist Pro was rolled out out as a planned route to monetization.

At the price of $4.99 per month, going Pro means additional features – such as the ability to delegate tasks and start conversations – mostly in the direction of collaborative task management. 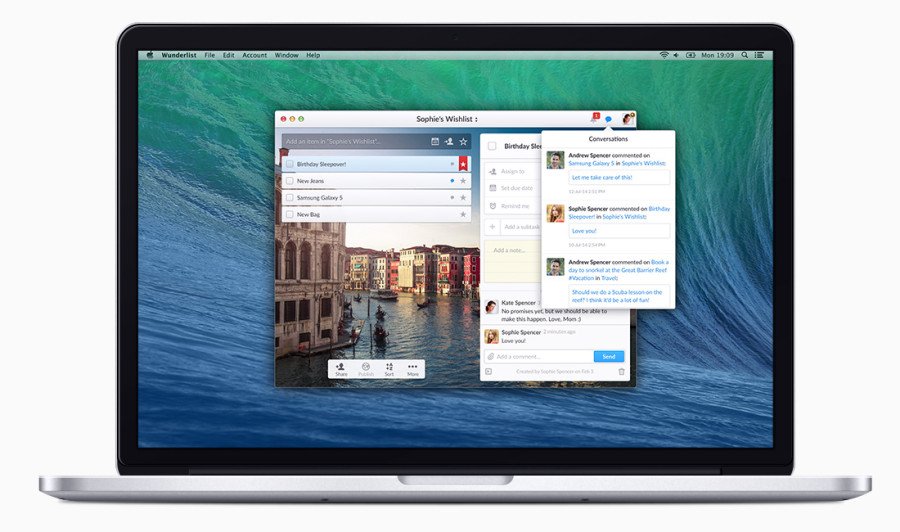 There's also Wunderlist for Business, a service that is vaguely described but promises to "transform your business with smart team collaboration features". Price per month depends on team size – for instance, a five-member team would cost 22.45 euros per month.

In an interesting turn of events at the end of last year, news broke that 6Wunderkinder acquired fellow Berlin messaging startup Moped, which was rumoured to be struggling and remained eerily low-key. A spokesperson from 6Wunderkinder said it was a strictly a technology acquisition.

Moped officially shut down on 31 December.

As somewhat of a poster-child of the Berlin startup scene, we asked Reber how the community has changed since 6Wunderkinder's founding in 2010 and where he sees it going in the coming years.

"When we started, there was kind of a wave, lots of new companies were started – especially in 2010 and 2011 – I remember Gidsy, Amen, Readmill," he recalled. "It was quite easy to raise money at the time, as a young startup.  And then 2012 and 2013 were kind of the years where everyone had to prove themselves – some survived and some didn’t."

For those who didn't following the unravellings of the three aforementioned (and über-hyped) companies, this is what happened: in short, Gidsy was acquired by Berlin-based travel experience platform GetYourGuide, opinion app Amen was taken over by Berlin social music streaming startup Tape.tv and e-book reading app Readmill was acquired by Dropbox.

"I think what’s happening is that the startup industry is becoming far more professional. That's really good, of course, but still the massive businesses are kind of missing," he said.

"You have a few huge businesses, but they're still not globally as relevant as we’d hope they’d be," Reber posited. "I think that’s the next big milestone for every entrepreneur. As long as as we don't try to sell our companies too quickly and try to really create large, lasting businesses with lots of talent, we can achieve that."

Wunderlist 3 wants to be the "home of the world's lists"

Despite 6Wunderkinder's claim of over 60 improvements with Wunderlist 3 in its press release, Reber told us that, really, it's more like "hundreds of improvements".

That sounds slightly overwhelming, but improvements don't necessarily equate to features and, at its core, he said, the latest version has been built to make the application faster, more light-weight and stable. That should be good news for users, especially since many reported syncing issues last year.

Along with the new design, one of the mainstays of Wunderlist 3 is its 'Public Lists' feature, which the startup sees as a new way of broadening its user base and exploring a larger market.

Instead of only focusing on to-dos, it allows people to share lists, such as "Favourite restaurants in Krakow" or "10 books to read by Hermann Hesse".

"It's really interesting for us, and something we've always wanted to do," said Reber. "While we don’t expect Wunderlist to be all about Public Lists – it’s still a to-do app, now it has more capabilities then just organizing your to-do lists. You can literally organize everything you have. This release is the starting point for it to grow beyond the 8 million users we have."

Hence the app's new tagline: "Home of the world's lists". 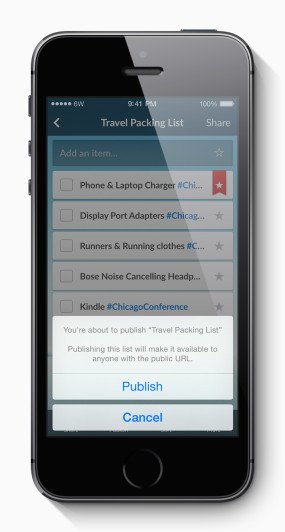 But, of course, Wunderlist – which is free to use – isn't the only task management and to-do app out there. It's a pretty crowded space with rivals such as Any.do (free), Todoist (free) and Clear ($4.99 for iPhone, iPad and iPod touch and $9.99 for Mac) all offering similar services and focusing on a design-first approach.

When asked about how Wunderlist stands out from the competition, Reber responded:

"We always aim for the most elegant and delightful product experience. You should have no difficulties, be able to use one list on all your devices and synchronize seamlessly.

There are a few things that are different compared to others, but it’s hard to say that there’s one thing that makes it better.

I think it’s the product itself that makes it better. If you use it, you can see that everything we do, we put a lot of thought into. If we’re shipping something, we really make it perfect and make it simple. So maybe, you could argue that it's simplicity, but I’m not even sure."

At the moment, Wunderlist 3 is available in 32 languages and available for a slew of platforms and devices, including iPhone, iPad, Mac, Android, Kindle Fire, Chrome OS and the Web. Additionally, Wunderlist for Windows 8 and Windows Phone 8 are slated to be released soon.

Though there won't be a Wunderlist 4 for "quite some time", Reber said, users can expect a number of announcements in the coming months about partnerships and new features.

Also, the 68-person team will be focusing on further growing its user base.

At the moment, the US is Wunderlist's largest market in terms of number of users "by far", but the startup has its eyes set on growing in China and Japan as well. Reber recently visited Tokyo and Beijing in an effort to better understand the market.

"It took us a while, but I think we’re really ready now to become a global product," he concluded.

A peek inside: Wunderlist wants to be the ultimate tool for organizing your life and business (interview)
Comments 2
Follow the developments in the technology world. What would you like us to deliver to you?
All

NEXT
“Look on every exit as being an entrance somewhere else.” - tech.eu M&A report for Q2/2014
The quote that was used in the title of this…
Robin Wauters