Meet DocPlanner, the Polish startup that aims to take the pain out of booking medical appointments

A spotlight on Polish startup DocPlanner, a medical appointment booking platform that is scaling fast with only $4 million in funding. We talked to CEO Mariusz Gralewski to learn how, and what's next.
Charmaine Li 11 August 2014
Share
Facebook Twitter Linkedin

In this day and age, it sometimes seems easier to reserve a vacation apartment and call a cab than to book an appointment with a doctor.

For those living and working in a foreign country, especially, the very thought of having to find a decent doctor, schedule an appointment and take time off work is laborious enough to reject the notion altogether.

As health 2.0 increasingly becomes a bustling space for entrepreneurs, there’s a particular area that looks like it’s about to heat up – namely, booking medical appointments online.

Though there are a number of players in this space in Europe, the premise is more or less the same – an online platform that lets users find, read reviews and book appointments with healthcare professionals.

Founded in 2010, Polish medical booking platform DocPlanner has expanded to 25 countries across the globe – with each market operating its own website – and is one of the services in this realm with the largest international reach. In Europe, the service is available in Austria, Bulgaria, Czech Republic, France, Germany, Hungary, Italy, Poland, Portugal, Romania among others.

The Warsaw-headquartered startup employs about 100 people across three countries and has received about $4 million in funding to date from Point Nine Capital, Piton Capital and RTAventures, which is not much financing considering the size of the team. 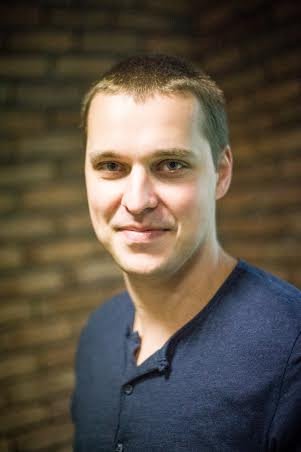 Although DocPlanner's aggressive expansion seems akin to the style of a Rocket Internet company – which it’s not, to be clear – this probably has something to do with its CEO, Mariusz Gralewski (pictured right), who previously built up GoldenLine.pl, the Polish answer to LinkedIn.

“Although LinkedIn was in the Polish market already, we were able to surpass them quickly and GoldenLine is now about two times bigger with a team of about 100 and solid revenues,” said Gralewski in an email interview with tech.eu.

In July, DocPlanner acquired Turkish rival Eniyihekim as part of its plan to accelerate global expansion. The deal claims to have increased its unique monthly visitors from 4.5 million to more than six million. Prior to the acquisition, most of DocPlanner’s users came from Poland, Czech Republic and Russia.

Medical booking is about to get busy

At the moment, the European medical e-appointment booking space is still largely untapped.

There are some notable competitors hailing from London, but they aren't quite at the scale of DocPlanner.

For instance, there's Zesty, founded in 2012, which recently announced a $2 million top-up to its seed funding and claims “thousands” of users. Despite its ambitions to "roll out to major cities in the UK" before the end of the year, Zesty is currently only servicing Greater London.

There's also Toothpick, founded in 2011 and focusing on dental appointments, which raised an undisclosed funding round from Passion Capital and various angel investors. At the moment, it's live across the UK.

It's probably a smart move, then, that DocPlanner hasn't tried to enter the UK market yet, where there seems to already be plenty of activity.

But what's particularly interesting is how the Polish startup has managed to employ such a huge team and expand its global footprint so quickly in a relatively short time with a tame amount of funding ($4 million as previously mentioned).

It seems to be a pattern emerging with Polish companies though... Take edtech startup Brainly, founded in 2009, which employs around 50 people and is present in over 35 countries. To date, the company has only received a $500,000 investment.

Something tells me it could be related to Poland's access to a pool of highly-skilled and affordable tech talent.

When we asked about how DocPlanner stacks up with competitors such as Zesty and major US rival ZocDoc, Gralewski responded:

“DocPlanner is one of the only players globally that currently has clients in multiple markets, the competitors you mentioned, as with most others, are present only in their home markets. From the outside, there are no huge differences between our site and the features offered by competitor websites... There are, however, a number of differences behind the scenes in the way we do business (such as traffic development and approach to selling) but we wouldn’t want to disclose our secrets.”

Perhaps the competitor DocPlanner should be most concerned about is New York-based ZocDoc. 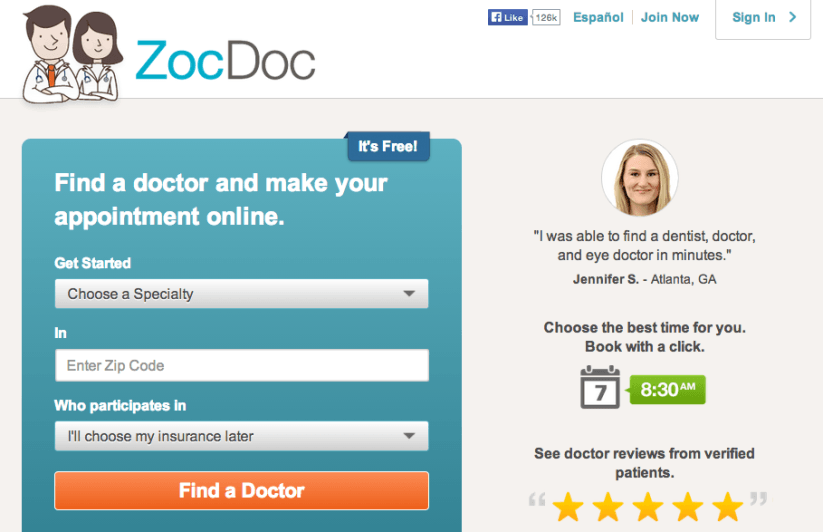 Founded in 2007, ZocDoc claims to have over 5 million monthly users (as of February 2014) and a team of more than 500 employees. Not only that, it boasts some $95 million in backing including from big-name investors, including Khosla Ventures and DST Global.

Only available in the US right now, ZocDoc serves about 40 percent of the American population across 2,000 cities.

But, if its careers page is any indication, the company seems to be setting sights on launching overseas with postings for General Managers in the UK, Germany, France, Italy, Brazil, China India, Australia and more.

Even if ZocDoc were to flesh out its international expansion plans, DocPlanner still undoubtedly has a stronghold on the European market, especially Eastern Europe. 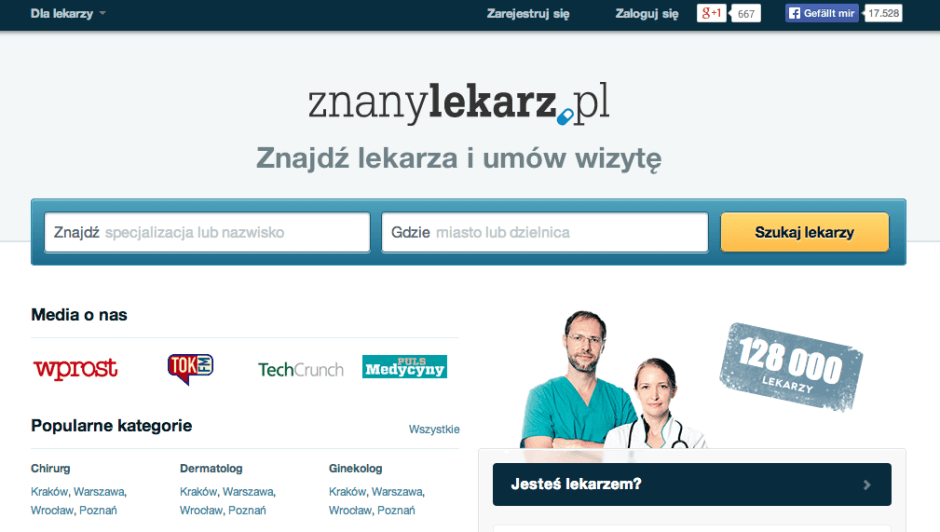 Though the Polish health company will be focusing on integrating Eniyihekim into the “DocPlanner family” in the next couple of months, it also has plans to expand further, Gralewski said.

“We are considering Western Europe and Latin America selectively. We will continue to grow primarily through organic means," he added. "However, we will acquire opportunistically where we see a strong local traffic player in a market where we have little chance of catching up and building a leading position organically.”

It looks as though we’re on the brink of seeing a whole of more action in the medical e-appointments space and we’ll be watching intently as the story unfolds in the near future.

UPDATE: An earlier version of this article stated that Toothpick is available in five markets in the UK. We've updated the post after a Toothpick spokesperson told us that the company is live across the UK.

Meet DocPlanner, the Polish startup that aims to take the pain out of booking medical appointments
Comments
Follow the developments in the technology world. What would you like us to deliver to you?
All

NEXT
August a slow month? Foodpanda orders $60 million, Fiverr nabs $30 million and IronSource up to $100m
You'd think there wouldn't be that much news…
Robin Wauters