Rocket Internet this morning confirmed its intention to float its shares on the Frankfurt Stock Exchange in 2014. All current shareholders have promised not to sell shares for at least 12 months.
Robin Wauters 10 September 2014
Share
Facebook Twitter Linkedin

And we're off to the races. After Zalando last week, German startup incubator Rocket Internet this morning confirmed its intention to float its shares on the Frankfurt Stock Exchange before the end of this year.

The offer is expected to consist solely of new shares from a capital increase, and all existing shareholders of Rocket Internet will remain invested and will not sell any shares as part of the offering for at least 12 months, the official statement says.

As reported by Reuters yesterday, the German startup factory intends to float a stake of just below 15 percent in the company in an IPO worth about 750 million euros ($970 million).

The expected valuation of the company post-IPO will be around 5 billion euros, which means it would be comparable to portfolio company Zalando in terms of value after the latter's flotation.

Also read: Everything you've always wanted to know about Rocket Internet (and the official fact sheet) 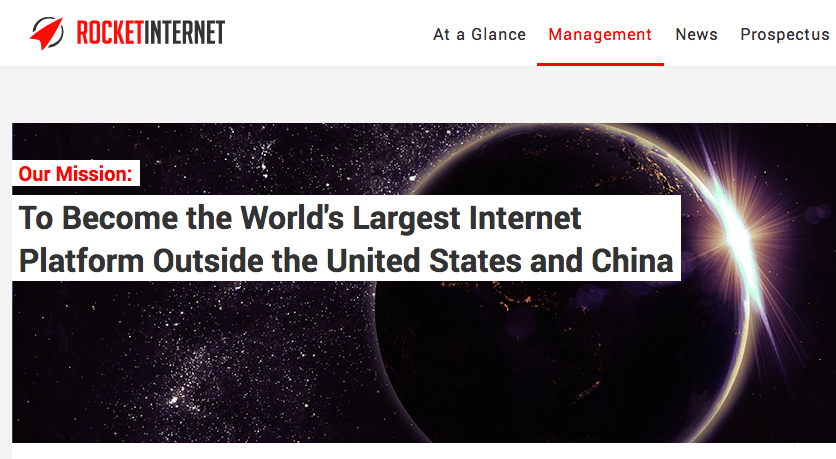 Rocket Internet says it plans to use the proceeds from the IPO to "finance its future growth through the launch of new businesses and providing further equity capital to its network of companies".

Its IPO prospectus can be downloaded here.

Since its founding in 2007, Rocket Internet has expanded to over 100 countries, with more than 20,000 persons working across its network of companies today. Its self-reported mission is "to become the world’s largest Internet platform outside of the United States and China".

Last week, the company announced that it would consolidate five of the fashion brands that it has established in emerging markets into a single group with a combined valuation of €2.7 billion ($3.5b).

German startup incubator Rocket Internet finally confirms that it will pursue $1 billion IPO in 2014
Comments
Follow the developments in the technology world. What would you like us to deliver to you?
All