One size does not fit all: why London-based Metail just raised $12 million for its 'online fitting room'

In the last decade, the shopping experience has evolved to allow consumers to buy almost anything at any time, from anywhere.

Advances online have opened up an unprecedented mutual access between shoppers and retailers. And yet, despite the ongoing talk about being on the cusp of a technological breakthrough, buying clothes online continues to be marred with consumer hesitation, which is distinctly less apparent when buying books or consumer electronics.

Additionally, when looking at countries, the UK is the country with the largest reported share of online sales as a percentage of total retail sales in Europe. In 2013, e-commerce sales accounted for 12% of total retail sales in the UK, while countries such as France and Germany reported a significantly lower number of online retails sales with 6% and 7%, respectively, during the same time period.

Despite e-commerce’s seemingly healthy trajectory, one issue in this realm is beginning to spawn into a problem: returns. Up to half of online apparel sales are reportedly sent back, often due to poor fitting.

Last September, ASOS Chief Executive Nick Robertson told Reuters that a 1% decrease in returns would add $16 million to the British online retailer’s bottom line, which in itself says a lot.

Technology wants to blur the line between “real” and “virtual” shopping

Since 2005, a bevy of startups have set their sights on this issue by leveraging technology to help consumers select the right fit/look and make better online purchasing decisions.

However, none of the offerings have exactly taken off on a large scale... yet.

Part of the reason is that developing a foolproof virtual dressing room, at the moment, still involves enormous technical challenges, such as tackling vast troves of data input via algorithms in order to produce accurate recommendations or efficiently creating 3D renderings of individual garment items to interact with various body types in real-time.

I caught up with Metail founder and CEO Tom Adeyoola (below) following the company’s latest financing announcement, which brings the firm’s total funding to $20 million, to chat about its computer vision technology as well as the aim to become a kind of a 'Shazam for clothing'. 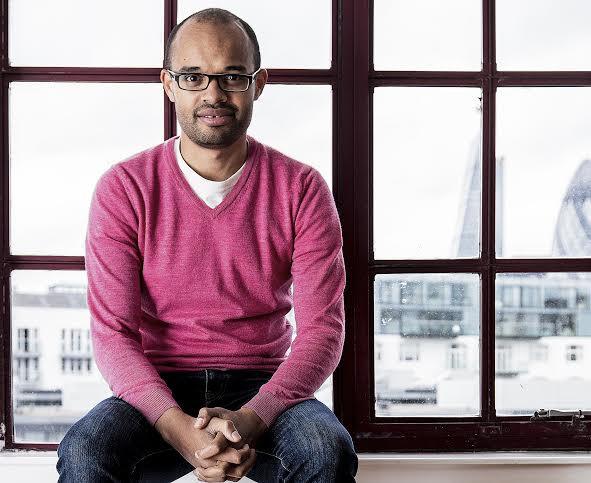 Could MeModels change the way we buy clothes?

Founded in 2008, Metail has developed an online fitting room technology, alongside a team from Cambridge University, that allows consumers to generate a 3D model of themselves by entering some key body measurements.

Through this model – dubbed a ‘MeModel’ – consumers can shop, interact with clothes and get a preview of how garments might drape against their body type. The company claims the generated MeModel, which utilizes computer vision technology, is about 94-96% accurate to a user’s specific size.

“I felt it was very important to have a visually appealing product as a tangible output for users,” explained Adeyoola, who previously held senior management and product development roles at companies such as Sportal and Inspired Gaming Group.

“The idea of trying on clothes – it’s not just an objective understanding of whether a garment fits or not, but also about how it looks like against my body shape as well as what works and what doesn’t. So the visual is very important and to do that means having to digitize clothing and every element of clothing.”

Adeyoola began thinking about the concept after a trip to Vietnam with his girlfriend, who was “complaining a lot about her physical emotional difficulties when buying clothes and how that problem was further exacerbated online”.

Upon returning from his trip, Adeyoola looked further into the online fitting room space and thought that perhaps the time was right and ripe to develop a technology to tackle it.

“Everything in the past involved digitizing stuff really expensively or tried to use computer gaming-type graphics – which looked like shit to be honest... Or they didn’t do any of that at all and just did data,” he told me. “But if you do data, it’s not very interesting and requires loads of form-filling, which is really boring and has a very low adoption rate.”

After researching the space, Adeyoola said he established three core things that he thought would be necessary in order to create a “truly transaction, disruptive business in the online clothing retail space”. First, the ability to create 3D versions of people from basic information. Second, the ability to digitize clothing quickly and cheaply. Third, putting the two things together effectively.

“For me, the key was whether we could deliver a digitization process allowing us to operate a business model that would be performance-related so we were aligned with the retailer,” he said. “So, if we made better sales for the retailer – they would win, we would win and the customer would win.”

Metail’s virtual fitting room technology solution is typically sold to retailers, who rebrand it so the end-consumer sees it integrated into the store’s e-commerce platform. Some international clients include UK’s Warehouse, British fashion brand House of Holland, Rocket Internet’s Dafiti and SingTel in Singapore.

Currently, Metail’s service is only catered to creating women MeModels. However, Adeyoola told me that they are looking to crack the menswear market with the help of its strategic investment partner TAL Group, which claims to produce 1 in 6 men’s shirts in the US.

But Metail isn't the only one tackling the fashion e-commerce fitting problem; a number of startups across Europe are cropping up in this space.

London-based startup Fits.me, founded in 2010, is one of Metail's main competitors. The company, which has raised about $14.3 million in funding, offers a similar virtual fitting room solution that involves creating a robot mannequin based on the consumer's measurement and allowing them to try on clothing to choose the best fit.

There's also Stockholm-based Virtusize, which takes a different approach and lets consumers compare measurements of a garment they want to buy with a similar item they already own.  Founded in 2011, the Swedish startup has an impressive client list including ASOS, Acne Studios, Monsoon and S. Oliver.

Another take involves utilizing 3D scanning and letting shoppers create profiles with a webcam, which is what Spanish startup Bodi.me is working on.

Despite the competition, Adeyoola seems determined to push Metail forward. Since its founding in 2008, the company has grown to a team of 40 with headquarters located in London as well as offices set up in Cambridge and Singapore. 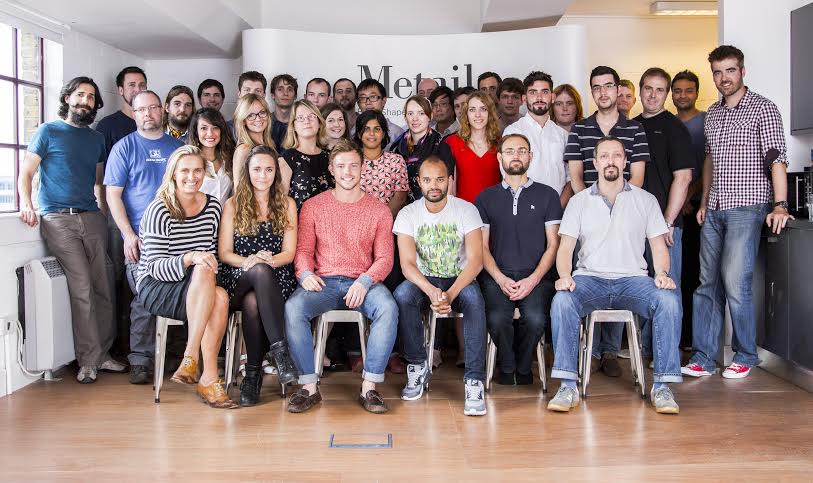 With the latest cash injection, Metail will be focusing on the development of its mobile offering – which Adeyoola claims will be "something that no one's ever seen before" – and fuelling growth in South America, Asia and Europe.

From the very beginning, Adeyoola said his vision was to create something that would empower one’s online body identity. Looking to the future, he sees Metail evolving to allow consumers to create their own 'MeModel' and carry that with them to use from morning to night across various clothing experiences/platforms.

"From waking up in the morning and deciding what to wear from your wardrobe to browsing through a magazine like Vogue and seeing something you like," he explained, "You'll be able to scan garments and see it on your body shape right there and then, like Shazam."

One size does not fit all: why London-based Metail just raised $12 million for its 'online fitting room'
Comments
Follow the developments in the technology world. What would you like us to deliver to you?
All

NEXT
Trademarking for startups going global: 7 things to consider to help avoid legal troubles
Editor's note: This is a guest post from Olga…
Olga Steidl