Alex Barrera takes a close look at the available data for VC investments in Spain in 2014, demonstrating that there were more and bigger deals getting closed. This year, expect more of that.
Alex Barrera 12 January 2015
Share
Facebook Twitter Linkedin

A little over a year ago, we reviewed the (pretty dire) state of the venture capital industry in Spain. Many things have changed in a year, and it seems like the dark ages are behind us.

The total investment in IT in the country during the last year has increased nearly 30% compared to last year, bringing the total to 320 million euros. We also saw a 14.5% increase in the number of deals.

This is great news for Spain and the local startup scene, as it indicates a drastic increase, no only in investment, but also of the size of the average round. Bigger rounds are enabling more and more Spanish startups to go international and access not only Spain but other regions like the rest of Europe, Latin America and even Asia.

The investment profile is, despite the following chart, pretty similar to 2013. Last year started with a very big round by Softonic (82.5 million euros) which slightly skewed the data, but if you ignore the sudden rise in 2013, the profile is similar.

In 2014 we also had a major round from Scytl (80 million euros) that was announced during July and August, which also made the chart jump, making the profiles nearly identical during the summer months. The final months of the year proved to be more active than 2013, thus bringing the final investment to the 320 million euros mark.

It's important to note that investments in Spain have still to reflect the capital that the FOND-ICO fund of funds has been injecting during the last 14 months. As far as we know, new funds with that money will be deployed at large during 2015 and 2016, so we expect to see even more investments during this year.

The previous chart shows the evolution of investments by stages in the past three years. While seed investments still rule the majority of investments, in 2014 we've seen a big push in Series B and Series C rounds. This displacement of funds is generating a decrease of investment in Series A rounds, which isn't a crunch but a direct result of the increase in the average size of the rounds. 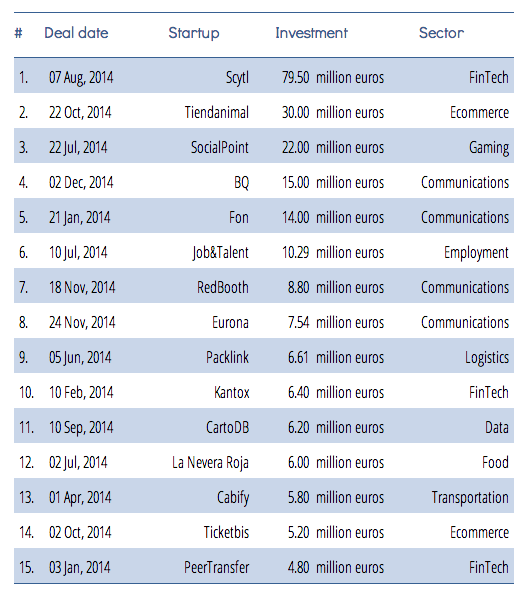 The biggest round this year has been the one from Scytl, placing it among the top rounds in Europe.

Tiendanimal is an interesting round as it shows how e-commerce is still kicking in the country.

Social Point, a casual game maker from Barcelona, also made the news in 2014 with their sizeable round, which has highlighted the healthy state of the gaming industry in the country.

Another company worth noting is BQ, the Spanish mobile phone maker that's surprising everyone. With revenues of 115 million euros in 2013 and predicted sales of 200 million euros for 2014, they reportedly received between 15 and 25 million euros from their first investors ever. Until the end of 2014, they company was in the hands of their founders, which had bootstrapped it until today, making it a very rare sight indeed. 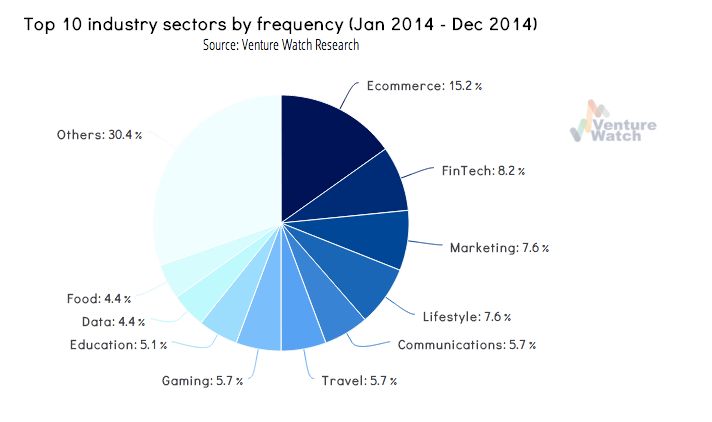 For the past years, e-commerce has been the king of the investment landscape in Spain. Very few euros were invested elsewhere. In 2014, we saw the end of the e-commerce dominance and the growth of other sectors which received considerable capital injections.

One sector that's been gaining steam this past year has been the gaming industry.

While maintaining a healthy share of number of investments through both years, gaming has increased the volume of the investments, marking it, along with fintech and communications, a growing sector in Spain. 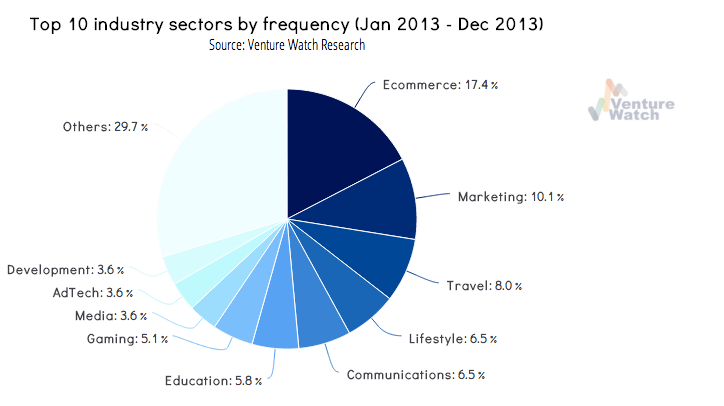 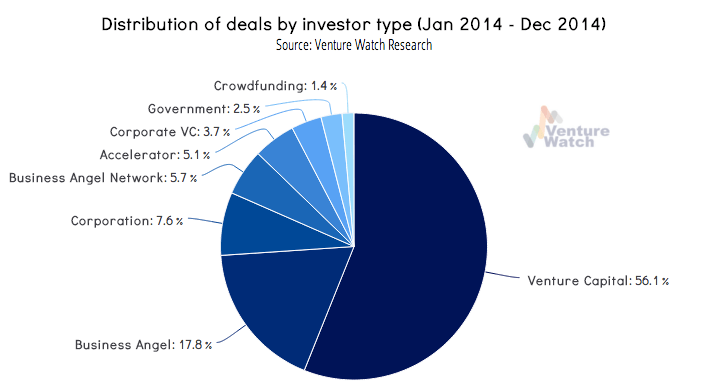 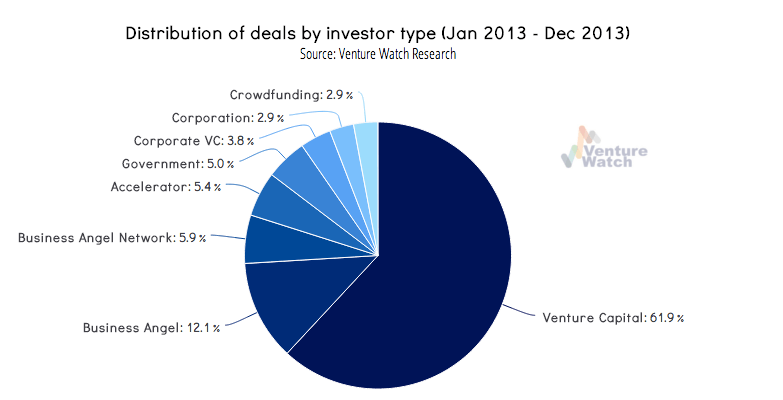 Business angels are becoming more and more syndicated, allowing for larger rounds and the rise of the first super angels in the country. Also important to note the increase prominence of equity crowdfunding platforms in 2014. We expect to see more crowdfunded deals in 2015, especially now that the controversial equity crowdfunding regulation has finally been approved.

The country has been seeing an increase of foreign investors pouring money into Spanish startups.

2014 hasn't been any different from 2013 in terms of foreign VC operations. One of the novelties though, is the appearance of French funds investing in Spain. France being one of the top VC markets in Europe, that should be seen as good news for the Spanish tech industry. 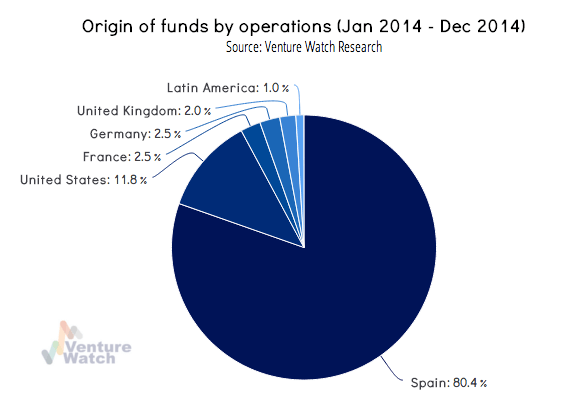 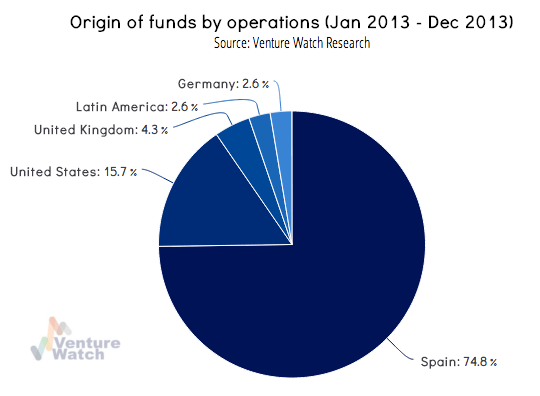 If we take into account not the total number of operations by fund, but the total volume, we really see the major differences between the local investment and what foreign funds are doing. In 2014, US investment in Spain nearly reached the total investment by local firms. Also interesting to note is the appearance of funds from Dubai and other places from MENA. This is a trend we're starting to see in Spain and it will probably accelerate in the future. 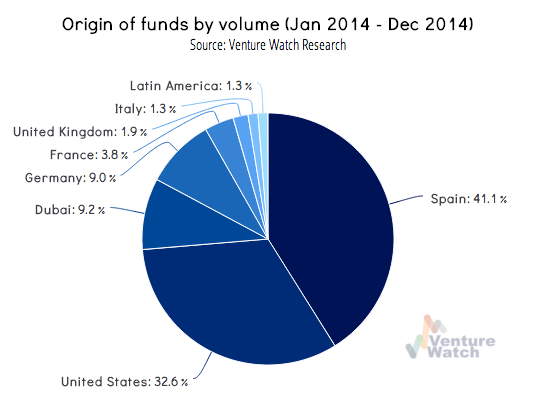 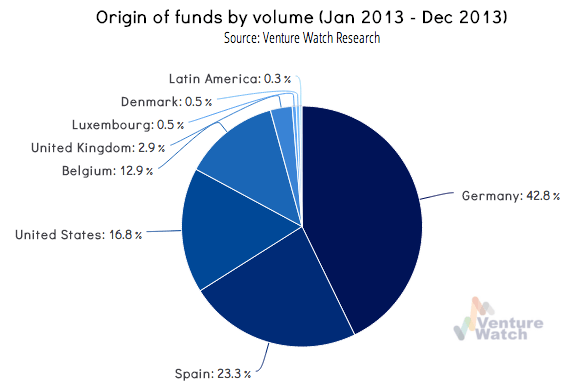 Most of the top VCs from 2013 have continued their activity throughout 2014. On the top spot we still have Caixa Capital Risc, Cabiedes & Partners and Kibo Ventures.

Caixa has been accelerating their investments and, as one of the recipients of the FOND-ICO funds, we expect them to be even more aggressive in 2015. It's also worth noting that their operations during the past year have been quite smart, so we might be seeing a change on their strategy that we think will pay off in the long run.

Cabiedes & Partners was fairly active in 2014. They've been slowing down their operations due to the unfavourable financial situation in Spain, but all things considered, they had a great year striking two big exits (BlaBlaCar, Trovit and Zyncro). Currently they're in the process of launching a new fund solely focused on Latin America.

Meanwhile Kibo Ventures keeps going but we expect them to slow down a little bit in 2015. 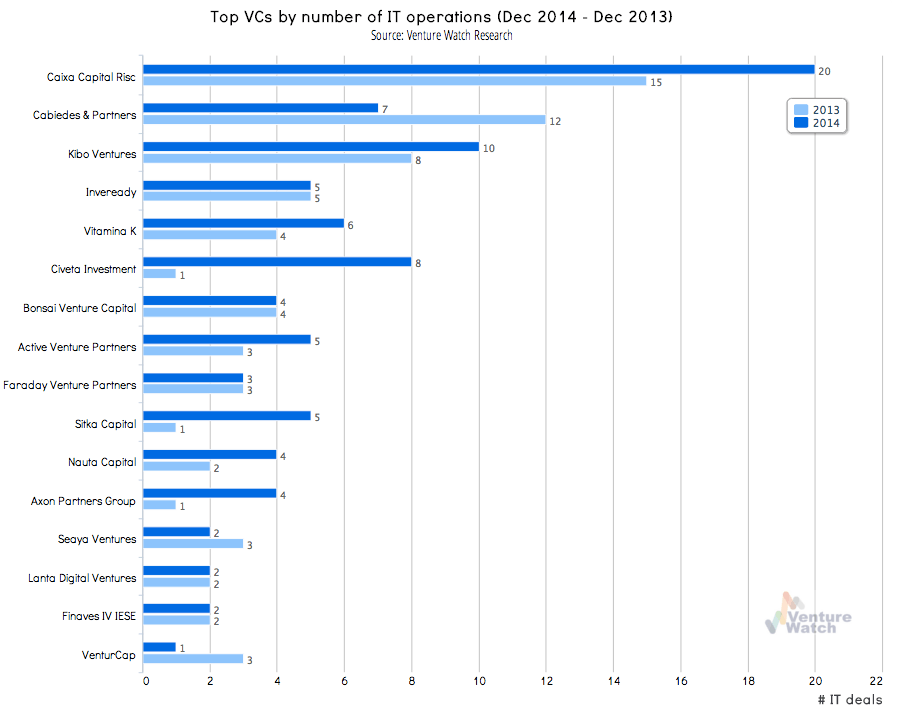 In the seed stage, special attention is required for Sitka Capital and Civeta Investment which have had an amazing year. At the Series A and B stage, it's interesting to see Active Venture Partners moving full steam ahead too, after having a great year too with the exit of Zyncro.

One of the revelations of the year has been Axon Partners Group, which, led by a new and young team, has burst into the scene with very interesting operations. We expect to see more from them, as they're also one of the recipients of the FOND-ICO money.

Spain is sustaining an interesting growth of its VC industry. The increase of investment, operations and size of the rounds show how good 2014 was for the industry.

We expect to see further growth in the number of Spanish startups that are entering growth stage and going international, as well as an increase in foreign investment throughout 2015.

The investments by FOND-ICO, which, as far as we know, haven't been spent yet, will most definitely kick the industry into high gear. For some, there is too much money in the system, for others, there is still not enough.

Time will tell what the FOND-ICO impact will be on the industry, but what's clear is that, despite all the other calamities happening in the country, there is money to be invested and there will be for at least the next two years.

Disclosure: Venture Watch Research, which collected the data above, is a brand from Press42, a company owned by tech.eu co-founder Alex Barrera (also the author of this post).

The Spanish startup scene in 2014: more investments, bigger deals - expect that trend to continue
Comments
Follow the developments in the technology world. What would you like us to deliver to you?
All

NEXT
Iceland, Iceland, baby: Verne Global raises $98 million for its smart data centre solutions
The first monster round of funding for a…
Robin Wauters