The story behind secondhand online marketplace Vinted, one of Lithuania's star startups

Charmaine Li shines a light on Vinted, a rare Lithuanian-born tech startup that is breaking through on an international level with its secondhand marketplace. A chat with Vinted CEO Justas Janauskas.
Charmaine Li 15 January 2015
Share
Facebook Twitter Linkedin

Picture your wardrobe. Now, think about the garments you’ve actually worn in the past month. For many, this proportion is probably quite small.

Yet it’s very easy to become attached and hold onto things, even when we no longer want or use them. When it comes down to it, though, you probably have too much stuff. And, whether you realize it or not, it likely has some kind of physical, mental and emotional cost.

In the past decade, a wave of online secondhand fashion portals have spawned worldwide allowing users to get rid of forsaken clothing and cash in on it. For instance, there’s Poshmark, ThredUP and Twice from the US; Videdressing and Vestiaire Collective from France; Mädchenflohmarkt, Stuffle and Rebelle from Germany. And, of course, eBay.

The application – which started out on desktop, but is now mostly mobile-based – reportedly counts 2 million monthly active users. Headquartered in Vilnius, Lithuania, the company also has offices in San Francisco, Munich, Paris, Warsaw, and Prague.

Last year, Vinted announced a €20 million investment led by Insight Venture Partners, its second round of institutional funding, which reportedly made it the “highest-valued startup in the Baltics”.

We recently caught up with Vinted CEO Justas Janauskas (pictured below) to chat about how the company is doing a year after its big financial boost, what it was like to roll out a monetisation strategy and how he dealt with backlash in Germany.

From hobby project to full-blown company

The idea for Vinted emerged in 2008 from a conversation at a bar in Vilnius between Janauskas – who was working as a “software guy” at the time – and a friend. 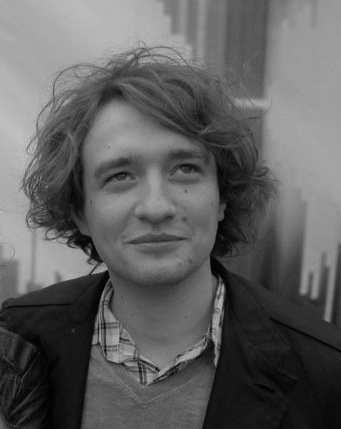 “We chatted about creating a website where people could trade their pre-loved fashion with each other,” he said. “At the beginning, I was a bit skeptical, but I interviewed my female friends and everyone said it was a pretty good idea.”

After launching a prototype under a Lithuanian name meaning ‘my clothes’, Vinted became a hobby project for Janauskas and his co-founder Milda Mitkute. Interestingly enough, without doing any marketing, they saw the community on the site grow organically.

Then, a series of fortuitous events propelled the hobby project into a full-blown company.

While coding one night, a couch-surfing guest of Janauskas from Munich, Sophie Utikal, asked him what he was working on. After explaining the project to her, he said she was excited about it and wanted to bring the concept to Germany.

“I said, ‘Well, I don’t know, let’s try it,” he recalled. In the end, Janauskas offered to take care of the technical activities, such has securing a German domain and localizing the platform, if Utikal could take care of other activities, such as advertising and promoting it to friends. “And we did it,” he exclaimed.

Today, Vinted operates under the brand ‘Kleiderkreisel’ in Germany. “We are present in eight markets and Germany is number one,” he added. “Similar to Lithuania, Kleiderkreisel was growing organically through word of mouth. We didn’t do any marketing and just focused on the product.”

Having observed the company’s success in Germany, Janauskas was approached by people asking him to bring the idea to the Czech Republic. “We basically repeated the story and now Vinted in the Czech Republic is bigger than in Lithuania,” he said enthusiastically.

Unsurprisingly, Janauskas began drawing attention from local investors on potentially working together. One, who left an impression on him, was angel investor Mantas Mikuckas.

“We were really on the same page in terms of wanting to grow Vinted globally – and not just into a local/national platform for classifieds, which most other investors were interested in,” said Janauskas. After investing in the company, Mikuckas eventually became Vinted's COO and continues to work with the company to this day.

“When we raised some capital from him, that’s when the company was really born,” he continued. “We professionalized our activities, employed people, we started to work more with social media and marketing... It was a very exciting year.”

Subsequently, in January 2013, Vinted raised a €5.2 million in a round led by Accel Partners to expand to new markets and further develop the product.

Getting down to business

It’s clear there’s no shortage of players in this space, so what makes Vinted different?

Janauskas responded: “I think Vinted has the strongest social aspect. The others are mostly seen by the user as a marketplace or e-commerce platform, while Vinted is also seen as a social network... On other platforms, you visit the site when you know what you want, but usually, on Vinted, people seem to be spending time there when they don’t know what they want, or when they have too much time. For example, sitting on a bus. It’s a different kind of usage behaviour.”

At the moment, he said the company's key goal is to become self-sustainable via its monetisation plan.

Last year, Vinted introduced an element of the company's monetisation strategy in several markets in the form of a transaction fee for sellers utilizing the platform’s payment system, which offers an extra layer of security. It's important to note that the fee varies from country to country, for example, in the US it’s a 19% cut while in Germany it’s 10% of the sales price plus €0.50 per transaction.

In Germany, the roll-out led to a huge user backlash that some have described as a “shitstorm”. There was an avalanche of social media outrage as well as a petition against the fee that garnered more than 13,000 signatures.

“We didn’t expect such a huge pushback from the community,” said Janauskas, who spent a week on Kleiderkreisel forums afterwards answering community questions.

To further mitigate the situation, the company also made some changes on the platform in Germany with regards to sellers having the ability to opt out of the security service.

At the moment, the heated responses seem to have subsided, Janauskas posited.

Currently, Vinted’s team consists of more than 140 full-time employees across its six offices. Equipped with its latest round of investment, the company has set its sights on becoming self-sustainable financially and further expanding its US business.

“We still think we don’t satisfy US members as much as we satisfy European members,” Janauskas explained. 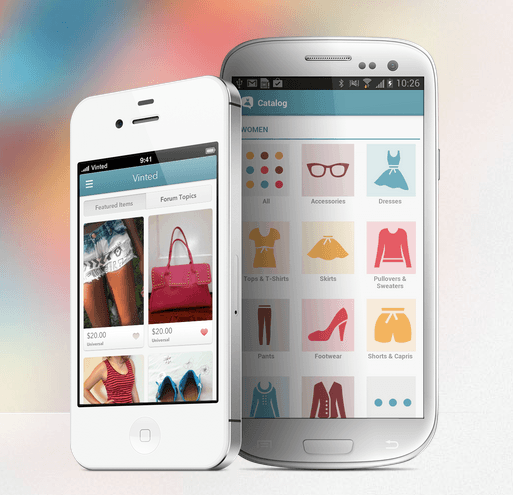 Being one of the more high-profile startups coming out of Vilnius, we were curious to hear his thoughts about the local ecosystem as well as the broader European tech ecosystem.

“It’s hard to compare. It’s very tiny and we don’t have a lot of prominent companies. I would say Vinted is one of the more visible startups. We have Pixelmator, a very cool company based in Vilnius,” he said.

“I think the ecosystem is still very, very early-stage, but it’s exciting. For example, over the last few years, there have been many local VCs popping up and financing all the startups we have, basically, existing in the ecosystem... so that’s great. I think that’s a step in the right direction."

The story behind secondhand online marketplace Vinted, one of Lithuania's star startups
Comments
Follow the developments in the technology world. What would you like us to deliver to you?
All

NEXT
Looking for a job in Europe? Here's 10 tools that can help
Let’s face it, regardless of which stage you are in your career, searching for a new job…
Charmaine Li