On Monday, I interviewed Maelle Gavet, the French-born chief executive of Russian e-commerce group OZON on stage at the 4YFN conference in Barcelona.

I'm not entirely sure one has to do with another, but the company this morning announced that Gavet is moving on from OZON after 4 years at the helm.

Although Gavet will stay with the company for a few months to guide the transition, OZON deputy CEO Danny Perekalsky will be taking over the reins starting today.

Gavet, who has been dubbed the 'Jeff Bezos of Russia' in the past, is moving on to unknown pastures new. In an email to tech.eu, the charismatic businesswoman says she is "not at liberty to disclose details", and the press release says she is "moving on to pursue her next challenge in another international context". If you wanna take a wild guess at what's next for her, be our guest. 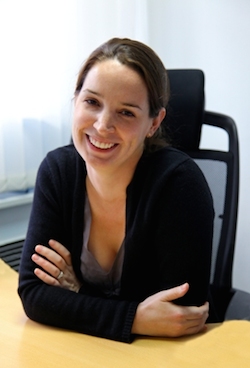 OZON just recently raised $150 million in funding to spur further growth in the Russian e-commerce space, and to fend off potential international rivals such as Alibaba and Amazon.

The new OZON CEO, Israeli-born Perekalsky, joined the company about a year ago and was previously in charge of all commercial activities.

Maelle Gavet steps down as CEO of Russian online retail giant OZON
Comments
Follow the developments in the technology world. What would you like us to deliver to you?
All

NEXT
Is Europe really betting on Bitcoin?
One of the things that struck me after I moderated a panel at the How To Web conference on the Bitcoin economy last year was the amount of…
Alex Barrera