During my recent whirlwind tech tour in Amsterdam, I also swung by a building on the outskirts of the city that's been repurposed as a place for entrepreneurs. Called B.Amsterdam, the building was previously used by IBM but now serves as a multi-functional hub for entrepreneurs and creative people - with some of it still under construction as you may be able to tell from the pictures below.

One of its first tenants was Startupbootcamp, the globally active startup accelerator that is more of a umbrella organisation with lots of different, geographically spread but also vertically focused accelerators these days.

I sat down with Startupbootcamp co-founder Patrick de Zeeuw, who went from being a 'semi-professional' snowboarder to entertainment industry exec to business accelerator (in many shapes and forms).

According to de Zeeuw, Startupbootcamp is one of the most active accelerators outside of the United States, with multiple dozens of startups already kickstarted and funded to date.

De Zeeuw acknowledged that its current focus on industry-vertical accelerators is the results of a number of pivots made by Startupbootcamp since it was founded approximately five years ago. The accelerator plans to make a move into the US with that strategy, bringing on board corporate partners for each program to make sure the focus on specific industries will allow it to compete against more established accelerators such as Y Combinator and TechStars.

During the interview, de Zeeuw echoed sentiments from many industry observers that we will see a wave of consolidation in the accelerator space in the coming years, with only a few major global players active in the market alongside local players in several key hubs around the world.

Many people underestimate how intense it is to run an accelerator, de Zeeuw posited, and founders need to realise that they will never work as hard in any job as they will when they decide to fully commit to building a business, even though the barriers to entry have lowered significantly in recent times.

Watch the rest of the interview to learn how de Zeeuw and co evaluate the success of Startupbootcamp's accelerators, and how he feels the organisation currently stacks up based on that.

He also talks about exits, noting how (only) a handful out of the 250 startups that Startupbootcamp has accelerated so far have seen an exit so far. But more are in the works, de Zeeuw concluded, noting that he sees a growing trend of Asian investors in, and buyers of, early-stage technology companies. 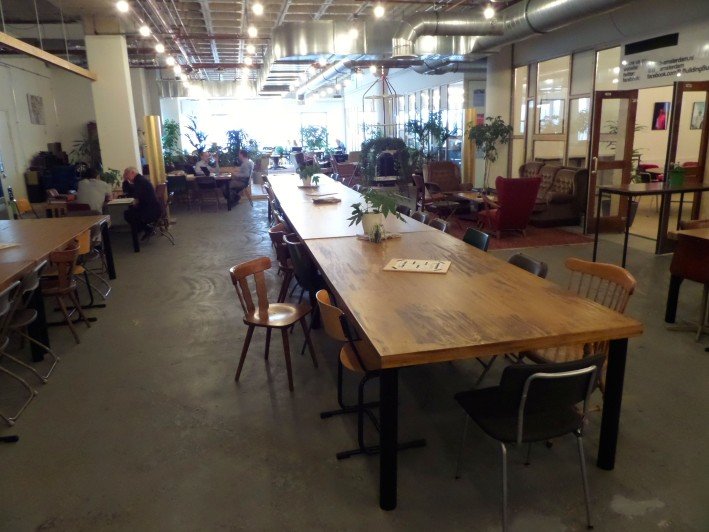 Video and all images credit to tech.eu

Inside global startup accelerator Startupbootcamp's offices in B.Amsterdam (video + photos)
Comments
Follow the developments in the technology world. What would you like us to deliver to you?
All

NEXT
Tallinn tech hotspots: a look inside Garage48 HUB and the Latitude59 conference (photo essay)
Last week, I spent a few days in the beautiful…
Robin Wauters