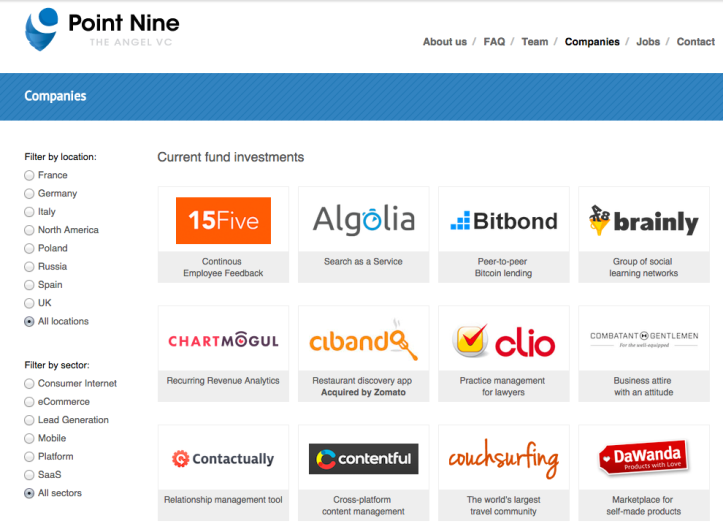 Berlin-based Point Nine Capital has firmly established itself as one of the go-to VC firms in Europe, particularly for SaaS business-driven startups, even though it was only established four years ago.

Today, the investment firm is announcing its third fund (size: €55 million or roughly $61 million), which it will deploy to seed and early Series A internet startups from across Europe and North America in the coming years. It already has some 50 startups in its portfolio today.

With the closing of its third fund, Point Nine now has a total of €100 million under management. The 'new' fund has already backed three startups, including French services marketplace StarOfService and Swedish cloud-based fleet management system Automile. The firm's most notable past investments include Zendesk, Delivery Hero, Kreditech, Fyber and Westwing.

Investors in Point Nine's third fund include multiple international institutional investors including Horsley Bridge Partners and Sapphire Ventures (formerly known as SAP Ventures), both of which had already backed in Point Nine Capital II, as well as new backers such as Flossbach von Storch and Vintage Investment Partners.

The firm says a number of entrepreneurs, some of which Point Nine backed in the past, also contributed to the fund.

Point Nine Capital debuts its third, €55 million fund to back early-stage SaaS and marketplace startups
Comments
Follow the developments in the technology world. What would you like us to deliver to you?
All