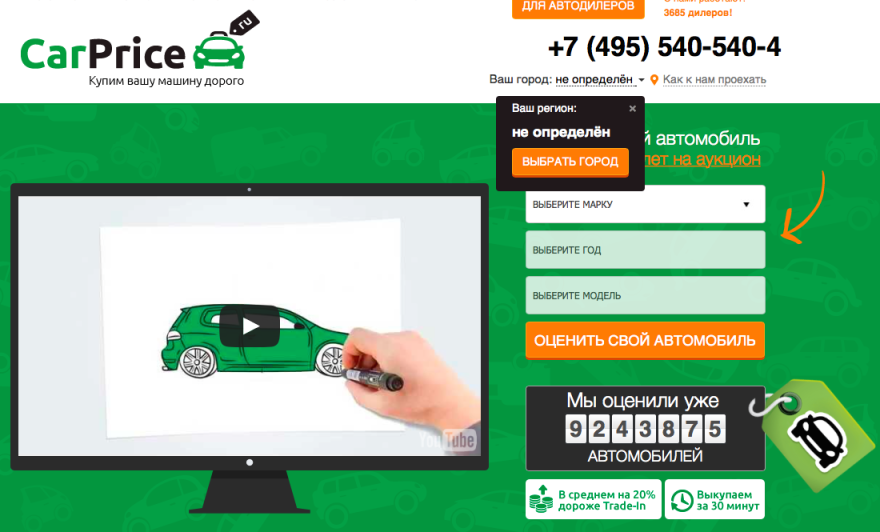 Moscow-based online used car marketplace CarPrice has closed a Series B investment round of $40 million to support its growth in Russia and international expansion plans. The round was led by Baring Vostok with additional participation from Almaz Capital and other investors.

CarPrice bills itself as the largest broker and online auctioneer for second-hand cars in Russia, providing buyers with free online valuations in mere seconds. More than 1,000 dealers from across the country can then determine the best price during an average 30-minute online bidding process to complete auctions.

The startup says it plans to increase total monthly auctions from 4,000 currently to 10,000 by the end of this year, and claims it has already sold thousands of used cars in less than a year and employs about 200 people.

The co-founder and key investor in CarPrice is Oskar Hartmann, also founder of Russian online fashion retailer KupiVip. The company raised its seed round in October last year, landing a $2 million investment from Almaz, Fastlane Ventures and eVenture Capital Partners.

Russia's CarPrice raises $40 million to finance expansion plans, car stock increase
Comments
Follow the developments in the technology world. What would you like us to deliver to you?
All