Axel Springer and ProSiebenSat.1 team up to jointly promote startups and 'Germany as a digital hub' 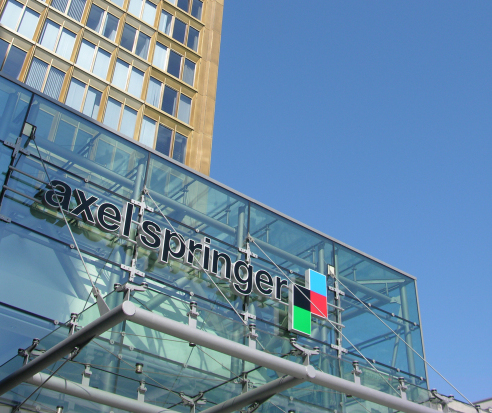 Axel Springer and ProSiebenSat.1, two of Germany's leading media groups, today announced the launch of a joint project to 'promote digital startups' and bring international attention to 'the positioning of Germany as a digital hub'.

The press release announcing the unusual collaboration between the two media giants is very thin on details, but mentions that the project will encompass co-investments in companies and funds by Axel Springer and ProSiebenSat.1 Media, joint incubator and accelerator programs as well as media-for-equity investments (which ProSiebenSat.1 has been doing for a while now).

The news of the partnership comes just weeks after reports surfaced about mergers talks between the two German media juggernauts. The two companies’ combined market cap is approximately €14.4 billion. This collaboration might be the first step of a deeper tie-up between the companies.

Axel Springer was in the running to acquire the Financial Times earlier this month, only to be beaten to the punch by Japan's Nikkei at the last minute. Axel Springer earlier launched a joint venture with American news organisation Politico to launch a European edition of its main publication.

**Update:** the FT (ironically) reports that the merger talks have been abandoned.

Axel Springer and ProSiebenSat.1 team up to jointly promote startups and 'Germany as a digital hub'
Comments
Follow the developments in the technology world. What would you like us to deliver to you?
All

NEXT
Tictail, Europe's answer to Etsy and Shopify, secures $22 million in Series B funding
Tictail started three years ago in Stockholm,…
Neil Murray