Tictail, Europe's answer to Etsy and Shopify, secures $22 million in Series B funding

Sweden's Tictail, the free-to-use DIY e-commerce platform, has nabbed a $22 million Series B round. Neil Murray interviewed CEO Carl Waldekranz to get the low-down on the funding round - and more.
Neil Murray 29 July 2015
Share
Facebook Twitter Linkedin

Tictail started three years ago in Stockholm, with the ambition to become the world's most used and loved e-commerce platform, making it easy for small businesses to create an online store in mere minutes.

They now have 85,000 brands using the platform, recently launched Tictail Marketplace and today they're announcing a $22 million Series B financing round from existing investors Creandum, Balderton and Thrive Capital as well as Acton Capital, to take their total amount raised to $32 million.

Recently, I caught up with CEO and co-founder Carl Waldekranz to discuss the latest round, and to hear what the future holds for the company.

What follows is the key information that came out of our chat, but if you'd like to listen to the interview in full then you can do so here:

Tictail's $22 million round is a significant one, with the size of it making it one of the largest Series B rounds in Europe so far this year. It's also especially high for a Series B from a Nordic startup; in fact, it's the highest in over two years since Supercell's. It's also worth noting that it's higher than Skype's, Zendesk's, Just-Eat and Klarna's, Nordic companies who all went on to become 'Unicorns'.

But Carl (and Tictail) are seemingly not all that interested in how they compare to other companies, only how they stack up in terms of the opportunity they are sizing up:

With bigger funding rounds becoming increasingly easier to raise in Europe, I asked Carl whether he thought that they could raised this round if they didn't have a presence in Europe, especially as three of the four investors in the round are actually from Europe.

Having a US investor wasn't necessary for that amount, but it was important for the global opportunity. The US is our fastest growing market and I don't think it would be without that presence. However, the biggest part of this round comes from existing investors who want to increase their stake and that relationship is what drove the round size and valuation forward. 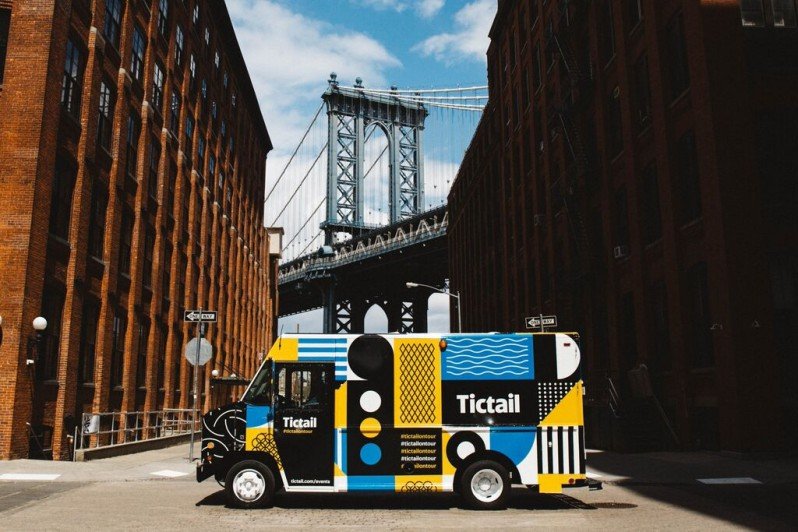 In terms of what the money will be used for, one of the focuses will be to invest in 'elevated shopping functionality on mobile'. I asked Carl to explain exactly what that means:

The world is changing to mobile, Etsy and Shopify have a time advantage over us but we have an advantage having started at a time when it was quite clear that the winning platform would be on mobile. We can lead all of our product initiatives on mobile first rather than leaving it as an after thought. So when we thought about the consumer opportunity, mobile was an easy choice, 55%+ of transactions are coming from mobile, a much higher number than our competitors.

(Tictail CTO Siavesh Ghorbani hinted at this approach in a video interview with tech.eu last year).

It's hard to disagree with Carl's view on this, although personally I do think it may be harder to convince sellers that mobile is the way forward, at least for the next couple of years, however, Tictail has some pretty compelling statistics to potentially prove me wrong on this:

A lot of our merchants are solo entrepreneurs, they do finances, production, marketing, they are one-man bands, they live their lives on the go and what better way to run their business than on the go. Since we launched our merchant mobile offering only two months ago or so we already see 16% of all stores being launched on Tictail from mobile, the shift has already happened and now we are doubling down on that, and offering sellers a great mobile selling experience. 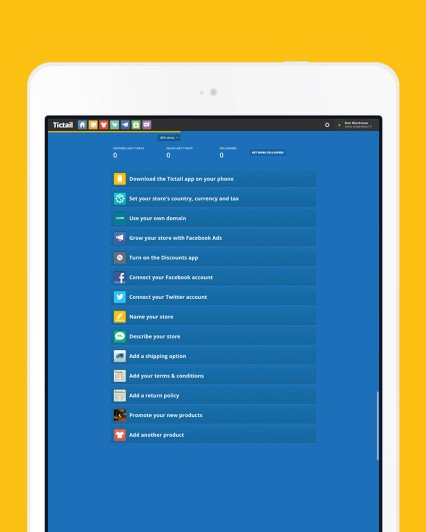 Shopify and Etsy have both had successful IPOs this year, and I wondered if this had a positive effect on on Tictail and their ability to raise this round. Carl seemed to confirm my suspicions:

It was definitely helpful for us in this phase because it put a great spotlight on the market and the opportunity we are all going after and it enabled transparency into how these companies work. Especially in terms of what mobile adoption looks like today and around those key metrics Tictail has seen some really good growth, so it was helpful for us.

At the same time, Carl is wary of the fact that they shouldn't and can't underestimate Shopify's and Etsy's market position and points out that the latter spent $40 million in marketing alone last year, more than Tictail have raised in total. However, Carl is happy with Tictail's position as the underdog, and say's that they are happy to focus on less initiatives but move faster.

One initiative at a time we will grow our market share over the next few years.

However, perhaps the most telling part of our interview was when we did discuss the next couple of years, with Carl clearly hinting at an expansion into other areas:

For me, Tictail has always been much more of an e-commerce platform; it's a platform to support entrepreneurship. And over the next few years I hope we can expand on that platform, and in the same way that we are going into marketplace now, we are a company that can go into advertising, shipping and fulfilment, retail, company insurance, loans if you will. We don't have an end game per se, we are in in it for the long term and we want to build a company that somehow defines e-commerce in this day and age. 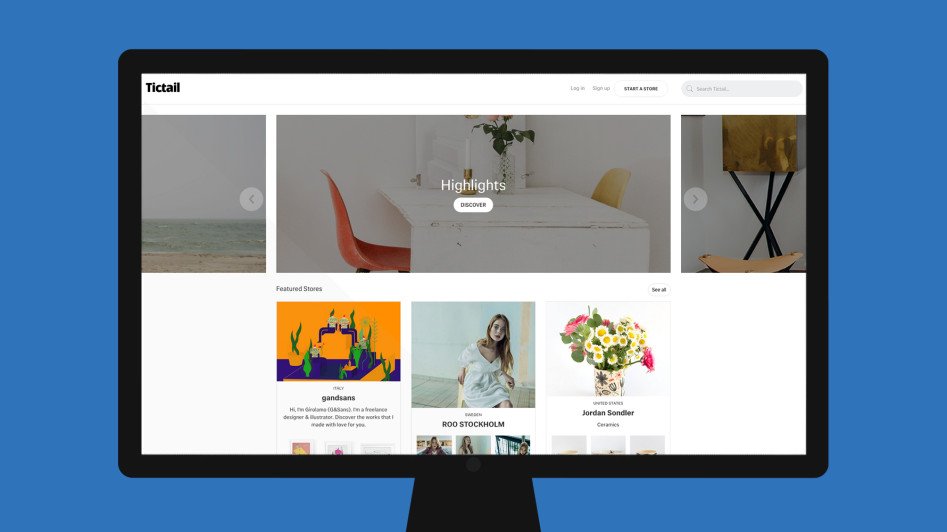 In conclusion there are a few interesting things to note when it comes to how this latest financing round for Tictail came together:

1. It's largely made up of existing investors, who've been part of the vision since the beginning and were happy to increase their stakes in the company, which is always a telling sign that a company is moving in the right direction. Creandum General Partner Johan Brenner comments:

As a small earlier investor we wanted to significantly increase our ownership in Tictail because of the unique position the company can achieve in the e-commerce ecosystem. People, more than ever, are turning to their mobile phones to for both business and pleasure. Tictail has really honed in on this business opportunity, that is, creating a mobile-first platform that offers a community for both retailers and shoppers. On the retailer side, to date there has been no platform that truly empowers small business owners around the world to build and grow a business online and on the mobile like Tictail.  So too on the consumer side, shoppers are able to use the Tictail mobile app to discover emerging brands from all over the world.

We are very impressed with the multifaceted approach Tictail has in creating a mobile-first e-commerce experience that is smart, beautiful, and easy to use for both brands and shoppers -- something we believe will continue to differentiate Tictail from other players in the space.

2. With the addition of Acton Capital, Tictail now boasts an investor in each of their most important markets: Creandum (Sweden), Balderton (UK), Thrive Capital (US) and Acton Capital (Germany), something that Carl believes gives them a strategic edge.

3. It's worth pointing out that the new investor in the round - Acton Capital - also invested (at Series C) in Etsy, so they have experience at spotting an opportunity in this market and have already expressed how they see promising similarities between the two companies' respective journeys. Sebastian Wossagk, managing partner of Acton Capital, says:

We are bullish on e-commerce marketplaces offering a unique business opportunity for both the retailer and consumer. We feel confident in the future of Tictail and are eager to watch its continued success.

Time will only tell if Tictail joins the Nordic 'Unicorns' mentioned at the beginning, but the signs are there that they have more than a fighting chance, especially with $22 million in the bank to help them get there.

Tictail, Europe's answer to Etsy and Shopify, secures $22 million in Series B funding
Comments
Follow the developments in the technology world. What would you like us to deliver to you?
All