Klarna 'insiders' sell shares in secondary deal that values the Swedish payments firm at $2.25B 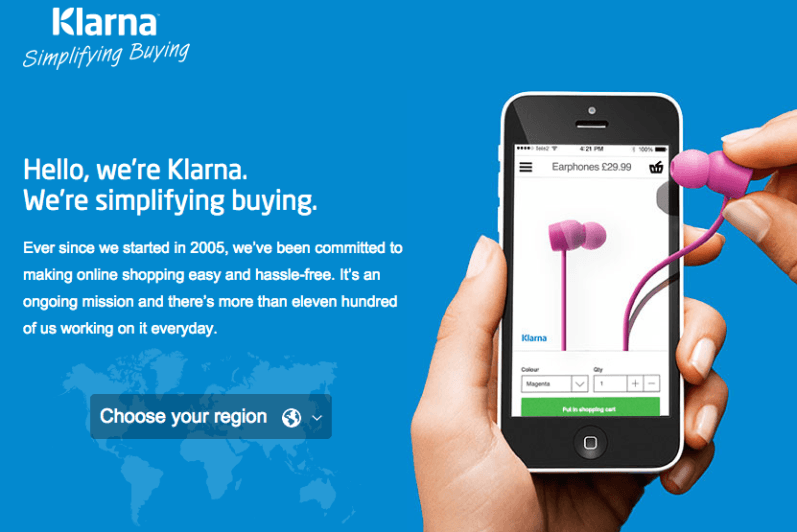 As it gears up to make a big push into the United States, Stockholm-based payments firm Klarna has been valued at $2.25 billion in a secondary transaction that has 'company insiders' selling $80 million worth of stock to VC firm Northzone, mutual fund Wellington Management and foundation Wellcome Trust. The news was reported this afternoon by Dow Jones VentureWire (via Breakit / WSJ).

Update 2: Breakit has unearthed documents that give us more information about the deal. In a nutshell, Klarna's co-founders decided not exercise an option to turn a select amount of stock options into cash, and instead offered them to investors and used the proceeds to increase their own stakes in the business.

Klarna was valued at approximately $1.4 billion when it raised around $100 million from existing investors in a round last year, which means the secondary deal has driven up the valuation of the company by nearly 61 percent in a little more than a year. In 2014, Klarna booked approximately $300 million in sales from roughly $7.8 billion in transactions.

VentureWire reports that Klarna is now readying the launch of its digital checkout service with 'at least 10 merchants' in the US in the coming months. In Europe, the company has about 55,000 merchants using its service today. Klarna recently hired former American Express exec Michael Rouse as its chief commercial officer to 'reflect its global ambitions'.

These were the 20 biggest EU tech funding rounds of 2014

The unicorn of Amsterdam: Catching up with Adyen CEO Pieter van der Does

Klarna 'insiders' sell shares in secondary deal that values the Swedish payments firm at $2.25B
Comments
Follow the developments in the technology world. What would you like us to deliver to you?
All

NEXT
Q2 Nordic Funding Analysis- 70 investments totalling $812.8 million
This analysis was originally posted on The Nordic Web, Neil's own publication which focuses on…
Neil Murray