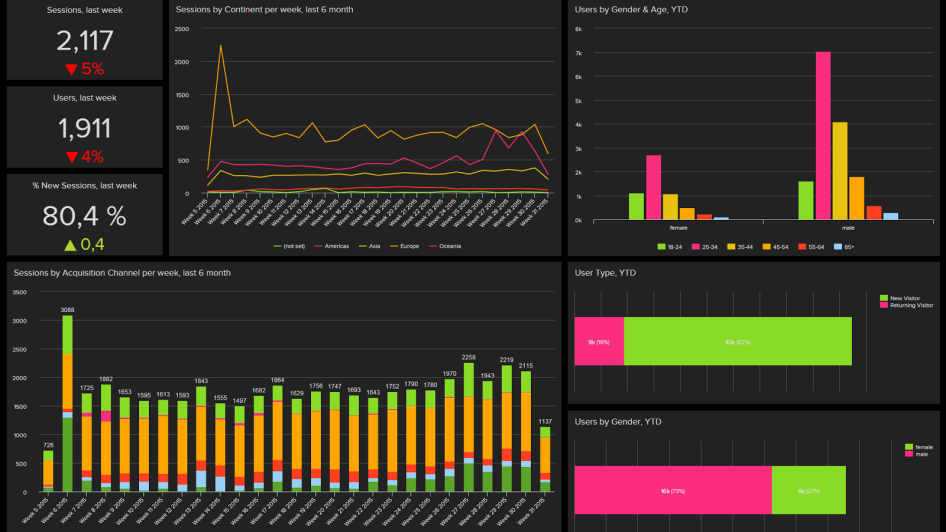 Led by Rheingau Founders, Berlin-based datapine have raised a $3 million Series A, bringing their total funding to $4 million to date.

datapine enables users to communicate data visually so that information and insights can be extracted, and used for business intelligence.

Operating in a competitive market, datapine now have 1,200 monthly active users and have also seen revenue growth of 25% each month over the last year.

The influx of capital will be used to scale sales within Europe, specifically in DACH region, doubling the size of their team and improving their embeddable dashboards.

Also participating in the round were KfW, K5, Venista Ventures and German Startups Group.

datapine, a Berlin-based data visualisation SaaS startup raises a $3 million Series A
Comments
Follow the developments in the technology world. What would you like us to deliver to you?
All

NEXT
tech.eu Podcast #10: Three new funds, Europe's relationship with failure, an update on BlaBlacar, and a look at Kima Ventures
The tech.eu podcast is a weekly show where Neil…
Neil Murray