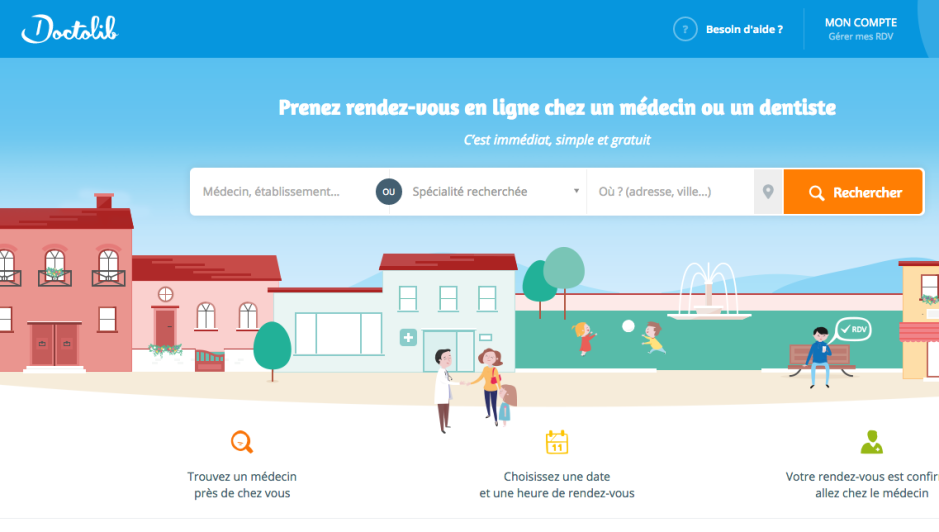 After raising €5 million in funding in the past, Paris-based Doctolib has scored a €18 million Series B financing round led by Accel Partners to internationally expand its growing booking and management software suite for doctors. Also chipping in are some notable angel investors, namely Pierre Kosciusko-Morizet, founder and CEO of PriceMinister (acquired by Rakuten) and Bertrand Jelensperger, co-founder and CEO of LaFourchette (acquired by TripAdvisor).

Founded merely two years ago, Doctolib has been busy building a robust SaaS service that helps doctors keep track of appointments and reduce overall administrative headache. According to the startup, 8 billion medical appointments are booked in Europe annually, which means there's a huge opportunity for the cloud-based software maker to grow its business across national borders.

One big plus for doctors: Doctolib says its service, which was launched in January 2014, is a surefire way to reduce no-shows, up to 75%, by providing patients with timely text and email reminders and the ability to cancel bookings online or via mobile platforms. 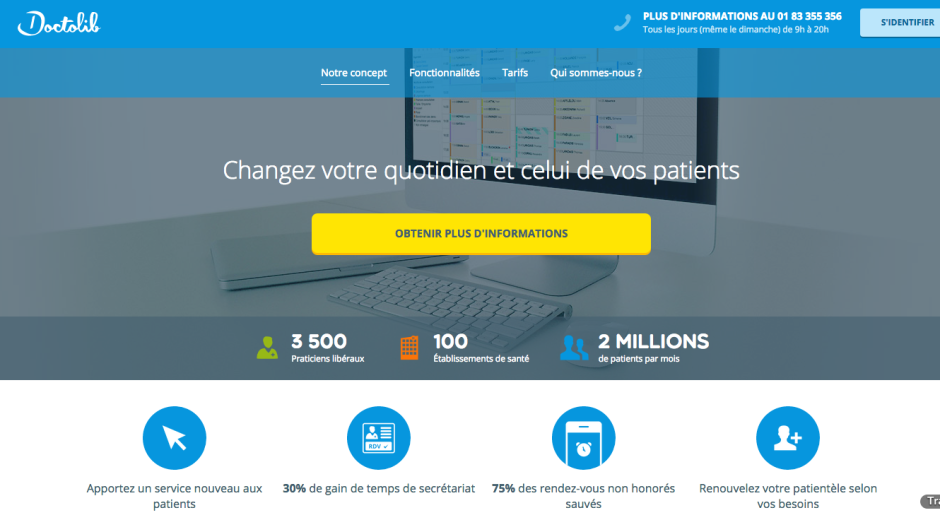 Doctolib also works as a 'marketplace', where doctors can be matched with new patients - the startup claims this can lead to up to 20 new patients per doctor each month.

In France, Doctolib has expanded to 15 regional offices, and signed up more than 5,000 doctors and 100 clinics across 80 specialisms. The company says its software is currently used by an impressive two million patients each month.

Doctolib will use the fresh funding, which brings its total raised to €23 million, to keep growing in France and to expand internationally. The company aims to become 'the number one booking platform for doctors in Europe', but it will need to fend off the likes of DocPlanner, Zesty and KelDoc to get there.

The evolution of the French investment landscape

Accel injects €18 million into French medical appointment booking software startup Doctolib
Comments
Follow the developments in the technology world. What would you like us to deliver to you?
All