Pepper.com is quietly building a hot - and global - social commerce empire out of Berlin 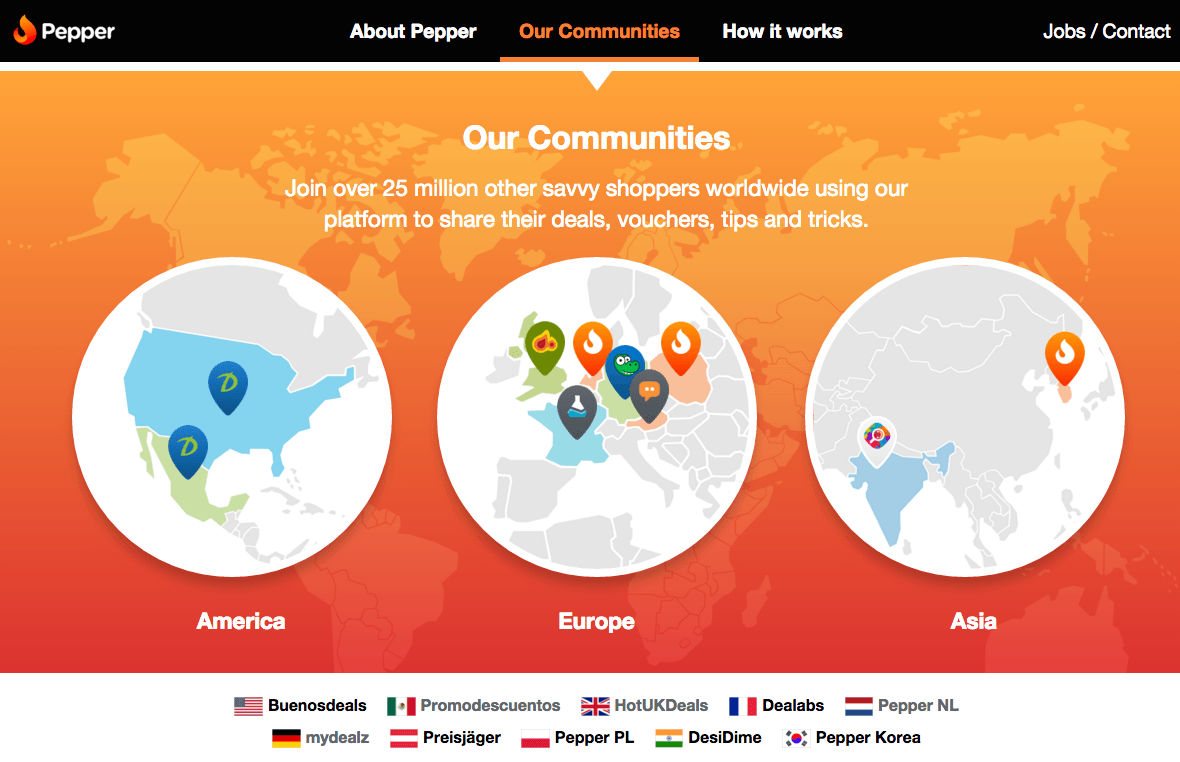 Now very much on our radar: a Berlin outfit Pepper.com, which is billed as the largest deal community in the world.

Largely under the radar, the Berlin-based e-commerce group is in the midst of executing a global expansion strategy. It already employs 100 people around the world, with HQ in Berlin and European offices in London and Lyon.

In September, Pepper.com merged with Desidime to establish a presence in India. Today, Pepper.com is announcing a joint-venture with Méliuz, Brazil’s largest cashback community, its second foray into Latin America after establishing a discount site called Promodescuentos in Mexico.

Méliuz and Pepper.com will together launch Pelando.com.br, describing it as Brazil’s first social commerce network.

But the bigger story here is Pepper.com's founders' ambition to build the world’s largest social commerce group. Started by Fabian Spielberger and Paul Nikkel, the company is currently active in 11 countries on three continents, and the team aims to expand this presence globally through partnerships, mergers and acquisitions in the coming years.

The company claims it's profitable - in fact, its core assets, HotUKDeals and Mydealz, were started in 2003 and 2007, respectively, and have been bootstrapped/financed through its profits since then.

Remarkably, Pepper.com has not taken a cent of outside funding to date.

Pepper.com is quietly building a hot - and global - social commerce empire out of Berlin
Comments
Follow the developments in the technology world. What would you like us to deliver to you?
All

NEXT
King Digital, the makers of Candy Crush, are to be bought by Activision for $5.9 billion
Activision Blizzard, creators of the Call of…
Neil Murray