Belgian startup Sentiance scores $5.2m in round led by Samsung to make smart devices even smarter 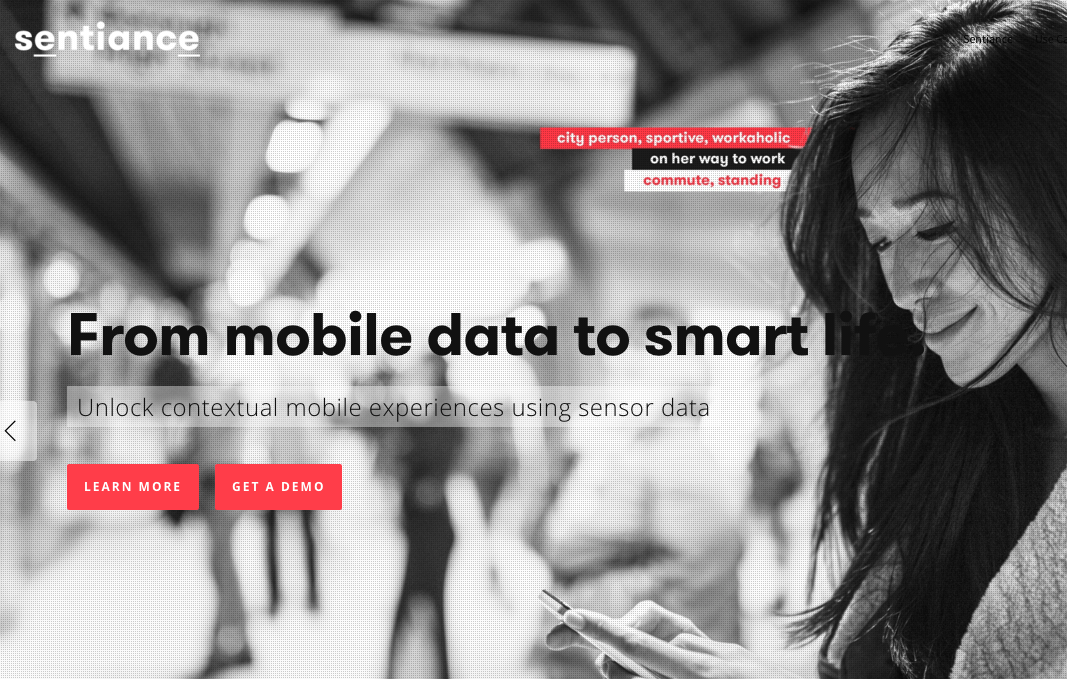 Antwerp, Belgium-based software startup Sentiance (né Argus Labs) has raised $5.2 million in financing in a round led by Samsung's $100 million Catalyst Fund, with prior backers such as Volta Ventures, Qbic, Nova Participations and Pamica chipping in. The fresh funding round was first reported this morning bij De Tijd.

In May 2013, Sentiance raised a $640,000 seed round from angel investors, followed by a $2 million investment earlier this year. The new round thus brings total funding to just south of $8 million.

Sentiance mines sensor data from smartphones and wearable devices to build context-aware, personalised profiles that can be used by its clients to increase engagement, conversion and retention.

Sentiance CEO Toon Vanparys, an early investor who took over the helm from founder Filip Maertens some time ago, calls this 'ambient intelligence':

“We strongly believe that consumers will live much more in sync with connected devices by 2020. By adding Ambient Intelligence to those connected devices we will create an easy-to-thrive digital environment. Context-aware data gathering and personalization is happening across all kinds of industries. The new funding round allows us to focus on the Internet of Things by providing an intelligence layer that delivers real added value for the end-user.”

According to De Tijd, Sentiance will also collaborate with new investor Samsung - which is getting a board seat in connection with its investment - on a number of projects, but Vanparys wouldn't go into detail on what those will entail exactly.

The startup currently employs over 20 people and intends to open satellite offices in San Francisco and Asia in 2016.

(Full disclosure: Sentiance CEO Toon Vanparys is an investor in tech.eu through his Strike4 vehicle)

Belgian startup Sentiance scores $5.2m in round led by Samsung to make smart devices even smarter
Comments
Follow the developments in the technology world. What would you like us to deliver to you?
All

NEXT
Berlin-based Transloadit wants to fix broken file uploads once and for all, with support from Vimeo
Dutch and German video encoding company…
Jonathan Keane