Chefmarket, the 'HelloFresh of Russia', raises $5 million at a $25 million valuation 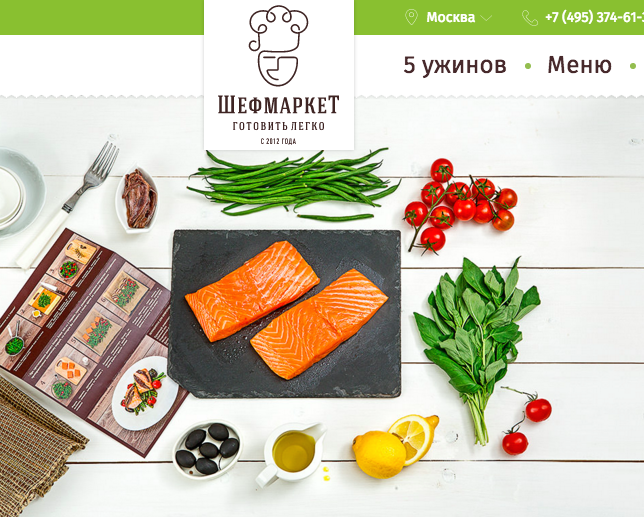 Chefmarket, a Russian startup that can easily be described as a HelloFresh / Blue Apron clone, albeit with a few twists, has raised $5 million in funding at a $25 million valuation from Russian early-stage investment firm AddVenture, tech.eu has learned.

Coincidentally, AddVenture was also an investor in Delivery Club, which was acquired by Rocket Internet-backed Foodpanda in June last year.

Chefmarket allows you to order ingredients for ready-to-cook meals as well as "ready-to-blend smoothies", on a subscription basis. Currently the company delivers over 60.000 meals per month and has self-reportedly grown more than threefold year-over-year with minimal marketing efforts.

Chefmarket founder and CEO Sergey Ashin indicates that the startup will add more subscription-based products (e.g. 'Fruits' and 'Snacks and Wine') in the near future.

Ultimately, the self-described goal is to grow Chefmarket to 'unicorn status' - the startup estimates total market size in Russia at $100 billion, and thinks it can reach a $1 billion valuation in 5-7 years.

Meanwhile, HelloFresh is growing rapidly, having raised cash at a $2.9 billion valuation just a few months ago, although the company was forced to put its planned IPO on ice.

Chefmarket, the 'HelloFresh of Russia', raises $5 million at a $25 million valuation
Comments
Follow the developments in the technology world. What would you like us to deliver to you?
All