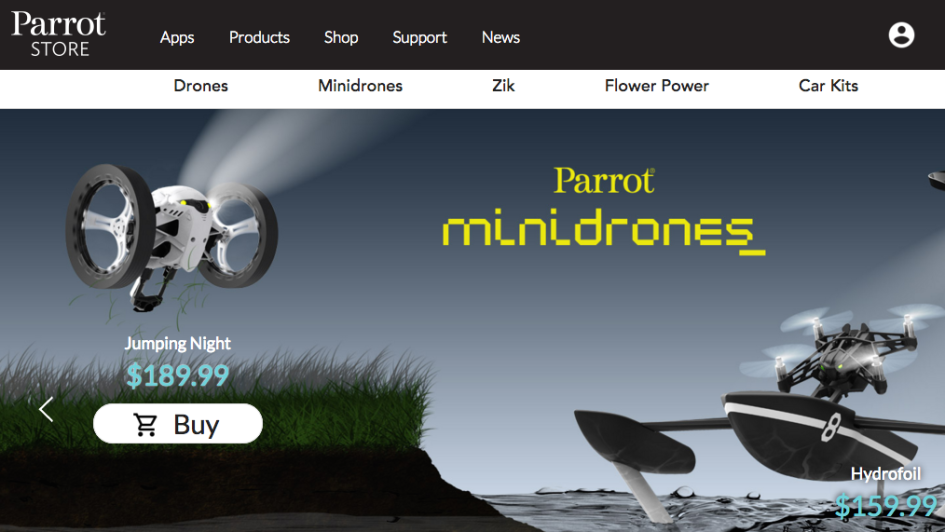 This happened last week but seems to have been largely overlooked by non-French media: Parrot, the publicly-listed, Paris, France-based maker of drones and other consumer electronics, has increased its capital by just south of €300 million.

Bpifrance, the French government-backed investment group, is injecting €33 million (PDF) into the company in exchange for a 5% stake.

Founded in 1994 by current chairman and CEO Henri Seydoux, Parrot has been listed on the Euronext stock exchange since 2006. During the third quarter of this year, the company's drone revenues went up 60% (PDF). In fact, Parrot's drone business now represents 50% of the company’s overall revenues, which hit €77.8 million in Q3 2015.

In the drone market, Parrot competes with the likes of DJI (China) and US-based companies like 3D Robotics. The capital increase will serve to accelerate growth in both the consumer and commercial drone space, the company says. It intends to invest heavily in R&D.

Worth noting: Seydoux is personally contributing €90 million to the capital increase.

Banking on drones: France's Parrot increases capital by €300m; Bpifrance takes 5% stake for €33m
Comments
Follow the developments in the technology world. What would you like us to deliver to you?
All