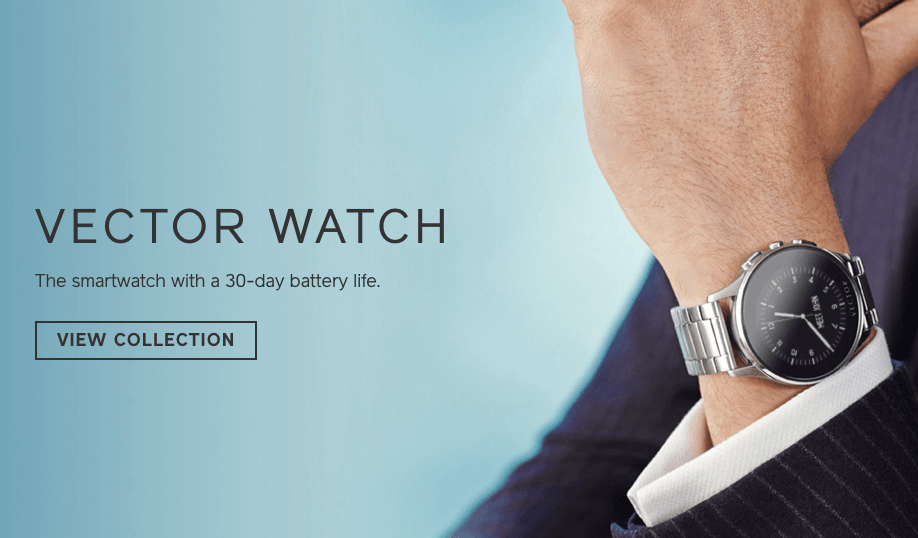 Vector Watch, the London-based wearable technology company that has made noise with its range of elegant (and long battery life-sporting) smart watches, has secured $5 million in funding.

The British-Romanian startup has raised the fresh capital from a group of unnamed high-net-worth individuals, alongside Catalyst Romania and GECAD Group. The latter investment company, which was started by entrepreneur Radu Georgescu - who we profiled a few months ago - was an early backer of Vector Watch and contributed $2 million to this equity financing round.

In fact, Bucharest-based GECAD will continue to be Vector's largest single shareholder. The firm, which earlier exited portfolio companies like RAV Antivirus (Microsoft), Gecad ePayment (Naspers) and Avangate (Francisco Partners), is getting rather hands-on (pun intended).

Georgescu says: "The new investment in Vector Watch will primarily be used to facilitate product and business development as well as for building corporate infrastructure in the Bay Area. Vector has proved its technology with its range of smart watches and it is now time to follow the company vision of getting its technology platform in as many third party wearables as possible."

That means Vector will be bolstering its presence in Silicon Valley, aside from its HQ in London and offices in Bucharest, Amsterdam and Hong Kong. Georgescu's statement also clearly means licensing to other wearable technology companies is firmly on Vector's roadmap.

In the smartwatch segment, Vector faces stiff competition from the likes of Apple, Microsoft, Samsung, Sony, LG and Huawei, but also from nimbler companies like Pebble and France's Withings.

British wearable tech startup Vector Watch raises $5 million more for its stylish smart watches
Comments
Follow the developments in the technology world. What would you like us to deliver to you?
All

NEXT
The VC times they are a-changing: A survey on the evolving European venture capital industry
If you think the (European) VC industry could…
Robin Wauters