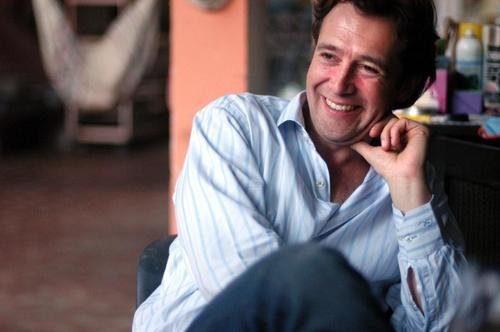 Northzone, the European VC firm that has backed the likes of Spotify, Klarna, Avito, Trustpilot, iZettle and Wallapop, this morning announced that Michiel Kotting is joining the team as General Partner.

Kotting spent the last five years as a Partner of Accel in London, one of Europe's biggest VC firms, focusing primarily on fintech, security, infrastructure and marketplaces. He was involved in Accel's investments in companies like Catawiki, Vinted, Packlink, Spotify, Funding Circle and Avito.

A former entrepreneur with an exit under his belt (selling Digital Jones to Shopping.com back in 2001), Kotting - who hails from The Netherlands - is meant to raise Northzone's profile and increase investment activity in 'key hubs' like London, Berlin and, of course, the Nordics.

Harry Nelis, General Partner at Accel, acknowledges that Northzone's distributed partnership structure will give Kotting "greater geographic flexibility" and stressed the strong co-investment history of both VC firms. Last week, Accel also made some staff announcements of its own, most notably highlighting the promotion of Philippe Botteri to General Partner.

Additionally, Luciana Lixandru was promoted to Principal and Seth Pierrepont to Vice President, whilst Accel has also added new associate Pia d’Iribarne to its talent roster in London.

Chrys Chrysanthou departs Accel for Notion Capital after only a year

Changes at London VC firm Accel: Michiel Kotting leaves for Northzone, Botteri promoted
Comments
Follow the developments in the technology world. What would you like us to deliver to you?
All