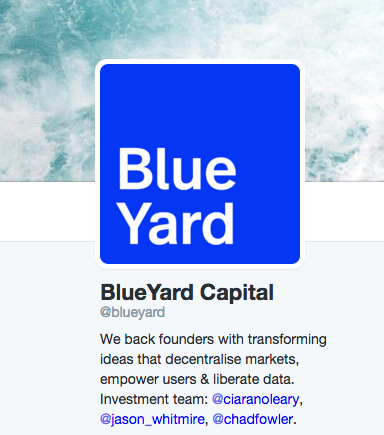 It was one of the worst-kept secrets in the history of European VC, but now it's official: former Earlybird VC investors Ciarán O'Leary and Jason Whitmire have raised $120 million for a brand new early-stage investment firm (yes, another one) that will be based in Berlin.

This is only one of the many changes the Berlin investment scene is currently undergoing, which we'll shine a bright light on in the coming weeks.

Former Earlybird partners start new $120 million early-stage VC fund, BlueYard Capital, in Berlin
Comments
Follow the developments in the technology world. What would you like us to deliver to you?
All

NEXT
Berlin-based 'online relocation' startup Movinga scores $25 million from Index Ventures
And we're off. The first financing round in…
Robin Wauters