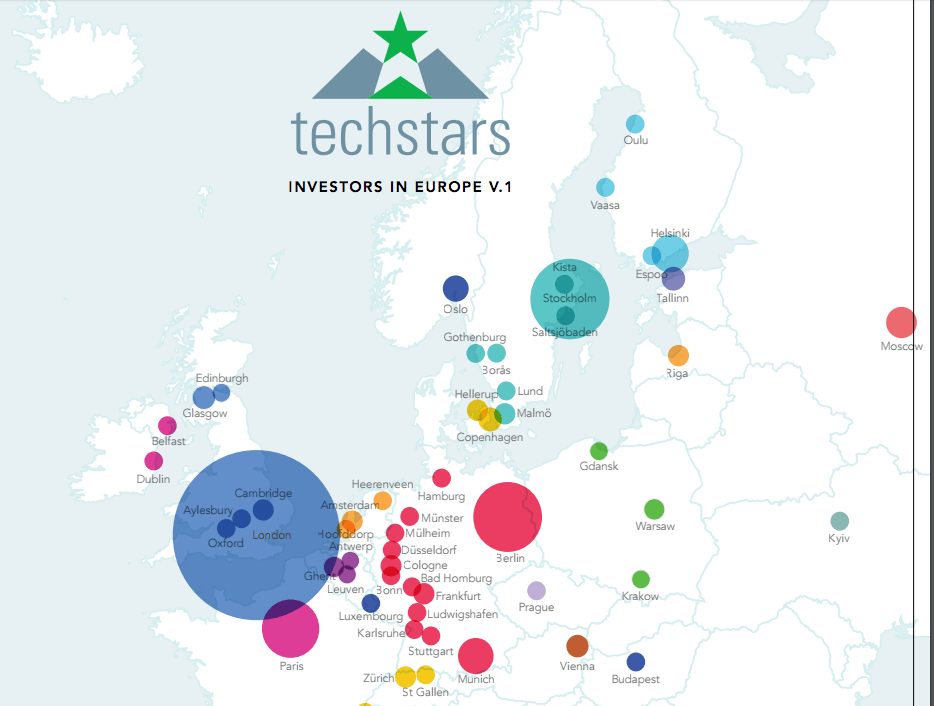 The team over at TechStars Berlin (full disclosure: one of our co-founders used to be managing director of TechStars London) has one hell of a late Christmas gift for anyone who's keeping track of the European technology investment scene.

The've created a map and list of 300+ investors who routinely invest in Seed, Series A or Series B rounds raised by European startups. All in all, it totals about €15 billion worth of funds.

Mind you, the list isn't brand spanking new, but the spreadsheet is publicly available and comments are reviewed by the team for potential additions, corrections and whatnot. In other words, it's a living list.

If you're a European startup looking to fundraise, you know now where to start. Oh, and before we forget, there's also this little thing called tech.eu Radar that might come in handy. ;)

Here's a great map/list of 300+ tech startup investors in Europe
Comments
Follow the developments in the technology world. What would you like us to deliver to you?
All

NEXT
Nordic VCs get creative: Creandum hires a data scientist as EQT brings a 'Design Partner' on board
Two noteworthy appointments at two of the…
Robin Wauters