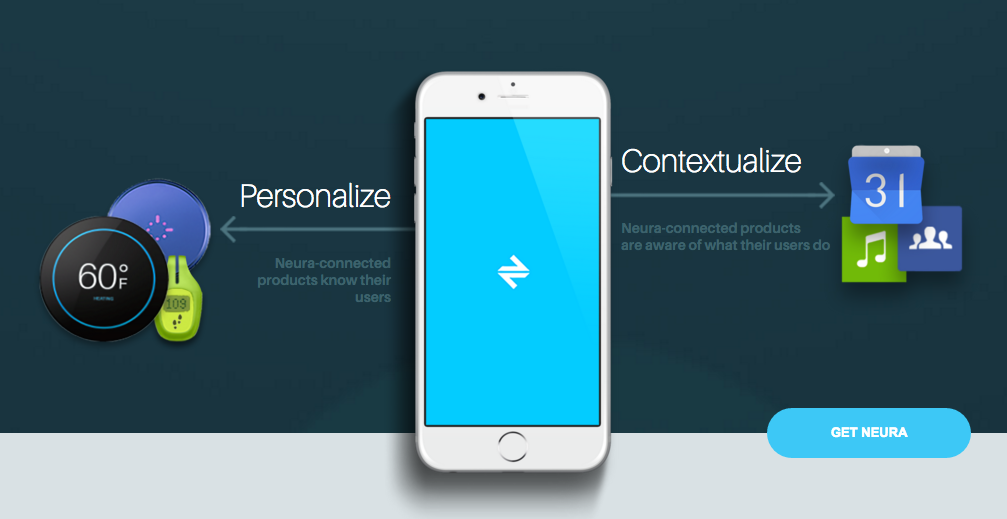 Neura, a digital identity startup with R&D operations based in Israel, has raised $11 million in a Series A funding round led by AXA Strategic Ventures, Israel’s Pitango Venture Capital, along with Liberty Israel Venture Fund and Lenovo.

Neura’s software, which was exhibited recently at CES in Las Vegas, collects data from the apps on your smartphone, as well as location data, to create a digital identity map of the user. “It is a radical view of privacy,” CEO Gilad Meiri told the BBC at CES, adding that the service gives people more control over their data and what is shared.

The Series A funding will be used to enhance the company’s business reach while it is also releasing the Neura development framework for developers.

“Currently data only serves the interest of major corporations,” said Meiri. “The actual generators of data, the users, have no say in what impact this data has on their life. Customer data is bought and sold on the common market and the lack of transparency in the current system is troubling.

“We have built our platform on a foundation of transparency and a commitment to making personal data work for the sake of users. We are building the engine that can make smart technology smarter without sacrificing the trust of our users.”

Neura is actually based in Silicon Valley, which it says is vital for the business end of things but it bases its research and development activity in Israel.

“We think Israel is a great place to research and develop a service such as Neura, that relies heavily on machine learning and complicated algorithms. Bolstered by great universities and top military R&D units, HR landscape in Israel is exceptionally rich in great developers,” Meiri told tech.eu.

Israel has become a popular destination for R&D. Most recently Tel-Aviv fintech company BillGuard was acquired by US company Prosper Marketplace last September and according to TechCrunch will base its R&D in the country. Meanwhile the Israeli government signed an agreement with an Australian bank to bring its R&D efforts to Israel.

Digital identity startup Neura secures $11 million in Series A funding round
Comments
Follow the developments in the technology world. What would you like us to deliver to you?
All