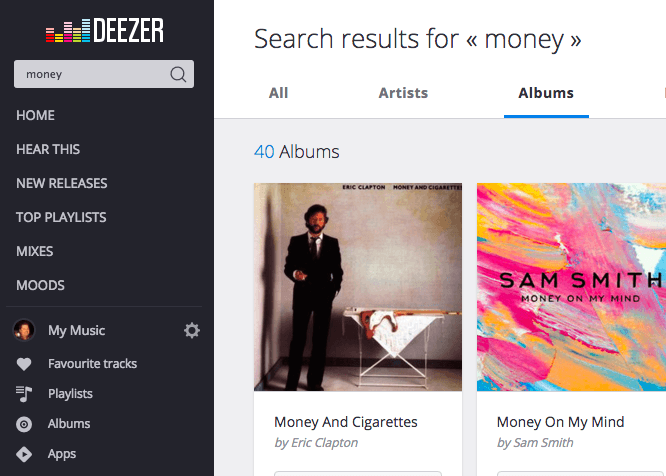 Deezer, that other European music streaming giant, was going to go public last year. Except it didn't, because of 'unfavourable market conditions' and whatnot.

But don't count them out just yet, even if Apple Music and SoundCloud are ramping up and major rival Spotify raised a monster $526 million round last year: Deezer is today announcing that it has secured €100 million from prior backer Access Industries, with participation from Orange.

For the record: last year Deezer was hoping to raise three times as much in its IPO.

Deezer says its on-demand music streaming catalogue has grown to more than 40 million songs, deeming it the largest available globally, and that it now offers its service in 180+ countries.

Either way you slice it, that's still impressive, and the number of people who are adopting digital music streaming is only going to go up.

Deezer says the fresh cash will be used to "increase customer acquisition efforts around the world, accelerate the introduction of new products, features and growth initiatives".

“We’re in the early stages of the music streaming market and it’s quickly becoming the primary distribution channel for music,” said Hans-Holger Albrecht, Deezer's CEO, in a statement.

“The additional funding will allow Deezer to consolidate our position as a leading global, independent audio streaming service and expand our offering to music lovers around the world,” he added.

Initially launched back in 2007, Deezer is headquartered in Paris with offices in places like London, San Francisco and around the world.

Spotify closes $526 million round at a $8.5 billion valuation

Now that Deezer and others shelved their listings, what next for European tech IPOs?

Don't stop the music: After shelving its IPO plans, Deezer raises €100 million from Access, Orange
Comments
Follow the developments in the technology world. What would you like us to deliver to you?
All