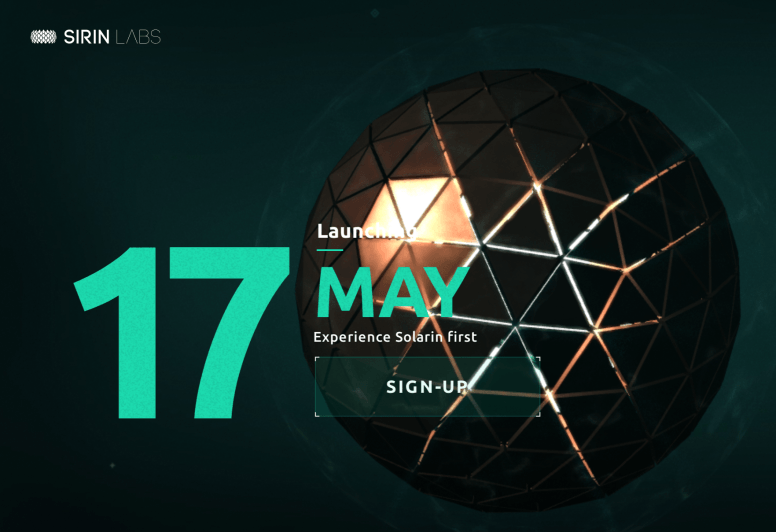 SIRIN Labs, an Israeli-led venture with headquarters in London and initial R&D labs in both Tel Aviv and Lund (Sweden), has raised $72 million in funding to attempt to make some waves in the crowded global smartphone market.

There's not much to add about SIRIN and its plans at this point, other than that they've set up a flashy website, and that the company will self-reportedly "deliver the most advanced personal technology, fusing the highest level of privacy and connectivity with uncompromising quality."

There's no telling what the startup means by that, exactly, apart from the fact that they're attempting to build a new mobile device that is fast, comes with 'the highest privacy settings' and will be made from 'the best materials from around the world'.

Led by Fredrik Öijer, former product director of Sony Mobile, SIRIN LABS has R&D teams working from its bespoke facility in Tel Aviv, and in Sweden. Its VP of Operations is Zvika Landau, formerly of PrimeSense and Apple, and Alcatel-Lucent and modu vet Raphi Hess is also involved. SIRIN's Director of Hardware Engineering is Sagiv Zeltser, previously with 3M and SuperCom, while former Samsung Electronics exec Eli Ben-Ami serves as the company's Director of Technology.

Experienced talent aplenty, but we'll have to wait until next month to see what they're cooking in those labs, when the company unveils its first smartphone and flagship store in London.

European startup SIRIN Labs raises $72 million (for starters) to build the 'Rolls Royce of smartphones'
Comments
Follow the developments in the technology world. What would you like us to deliver to you?
All