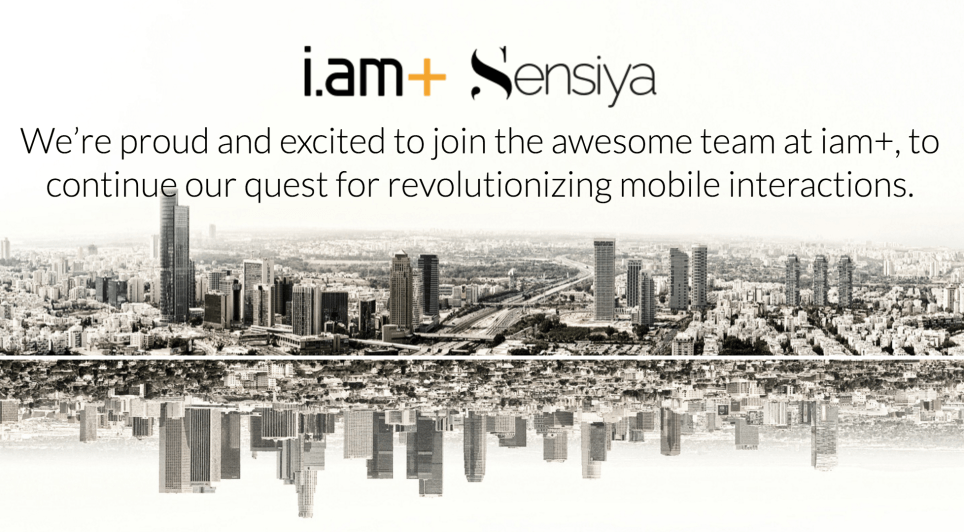 i.am+, the fashion tech company/brand established by musician and entrepreneur William Adams - better known as will.i.am - has acquired an Israeli startup specialised in context-aware technology for mobile and wearable devices.

The startup, Sensiya, has rather quietly announced the news on its website, with terms or any other details remaining undisclosed for now.

Geektime picked up on the acquisition of the Tel Aviv startup, which was also noted by Wired in a recent profile on AneedA, described by Will.i.am's company as "a device-agnostic virtual assistant with a conversational interface to the Internet, apps, streaming music, and other services".

Sensiya was founded in 2014 and was backed by the likes of Yossi Vardi, Shlomo Nehama, Avi Shechter and Stav Shacham. Its flagship product is/was 'Sense SDK', which allows developers and publishers to add contextual events to smartphone and wearable device applications.

Artist Will.i.am's i.am+ acquires Sensiya, an Israeli context-aware personalisation tech startup
Comments
Follow the developments in the technology world. What would you like us to deliver to you?
All