Editor’s note: This is a sponsored article, which means it’s independently written by our team but financially supported by another organisation, in this case, Tech Open Air. If you would like to learn more about sponsored posts, read this and contact us if you’re interested in partnering with us.

Interdisciplinary technology festival Tech Open Air returns to Berlin July 13 – 15 with a three-day conference at Funkhaus Berlin and over 175 satellite events across the city during the week. More than 7,000 attendees are expected and over 80 speakers will be in tow over the three days, spanning different industries and disciplines, from startups to VCs and university professors to artists.

“Where TOA is heading is super exciting for us. We were the world’s first crowdfunded festival with 650 attendees back in 2012. I am so thankful to our community for embracing TOA the way it has. We expect 7,500 attendees for TOA16 and our move to the historic Funkhaus is symbolic of our rapid growth over the last four years. Our momentum is carrying us forward and we are excited to be expanding internationally this year, bringing a bit of Berlin to LA for our debut US edition of TOA!”, said Tech Open Air founder Niko Woischnik. 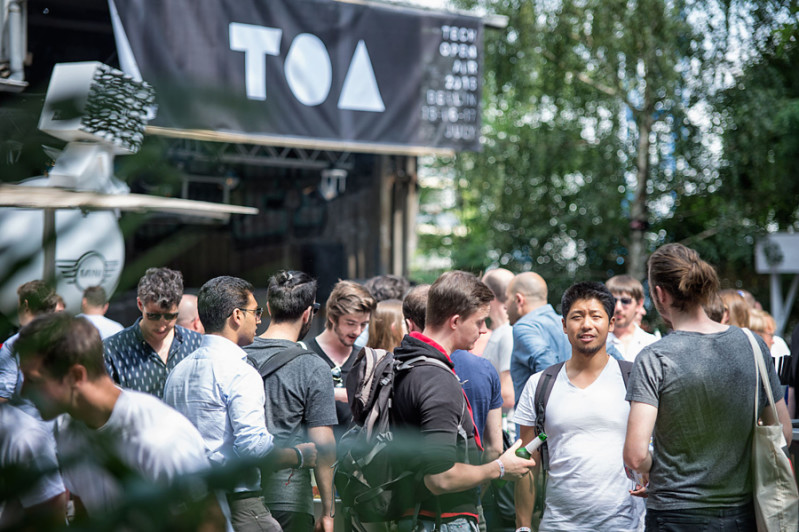 Tech Open Air also sees the return of the TOA Hardware Pitch. Five teams will have the chance to pitch their tech hardware to a panel of expert judges with prizes including a spot at Startup Alley. Applications for the Hardware Pitch are open now.

The more than 175 satellite events around Berlin meanwhile will make for further networking and learning through talks, hackathons and workshops once the conference side of things has wrapped up. This includes a run and rave event hosted by Adidas and Urban Sports Club, BBQs with Bitkom, and an “Irish Startup Wake” with Startup Dublin.

Tech Open Air returns to Berlin next month
Comments
Follow the developments in the technology world. What would you like us to deliver to you?
All