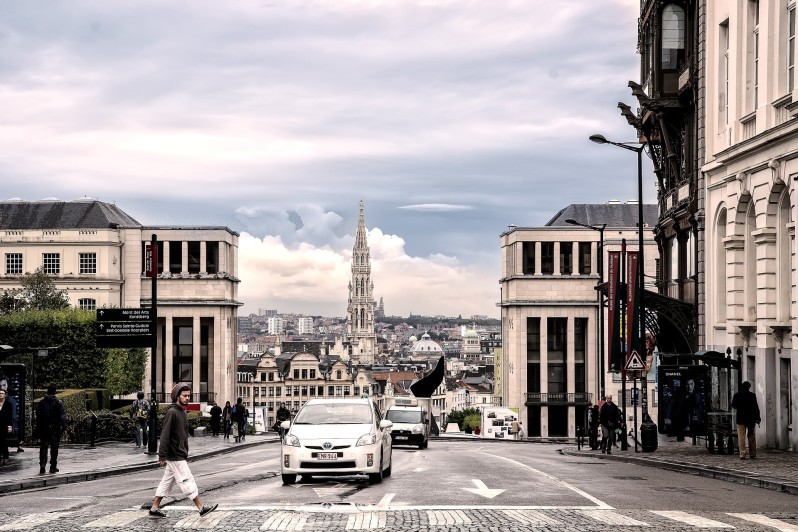 The UK, Germany, Israel, France and Sweden are, according to the most recent figures available, Europe’s main technology hubs. But, as we’ve said for a long time and as strong defenders of the European technology scene as a whole, great companies can increasingly come from anywhere.

And Belgium is just one of example of this kind of decentralisation trend. 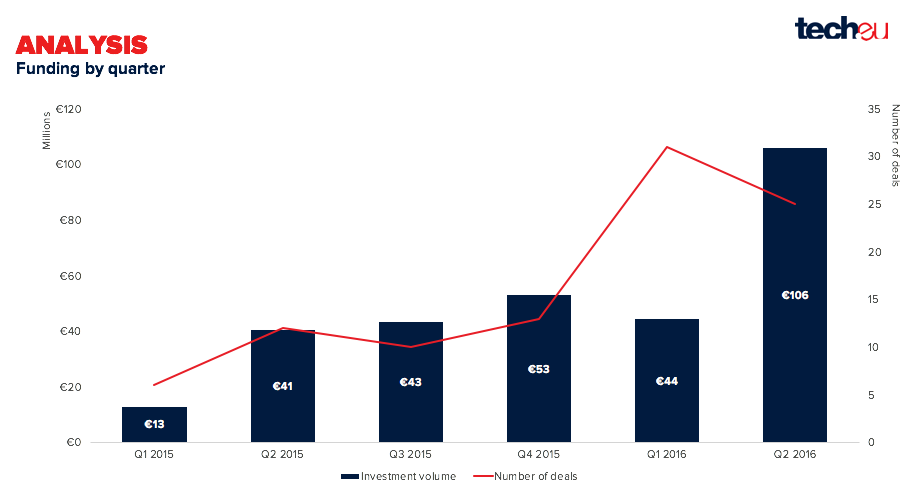 According to our data, Belgian technology (#betech) companies raised €150 million across 41 deals in 2015. While these figures alone don’t say much, when compared to early 2016 data, it shows that the investment pace in the country is increasing rather rapidly.

In the first half of 2016, Belgium-based tech startups have collectively raised 56 rounds of funding worth a combined €106 million. 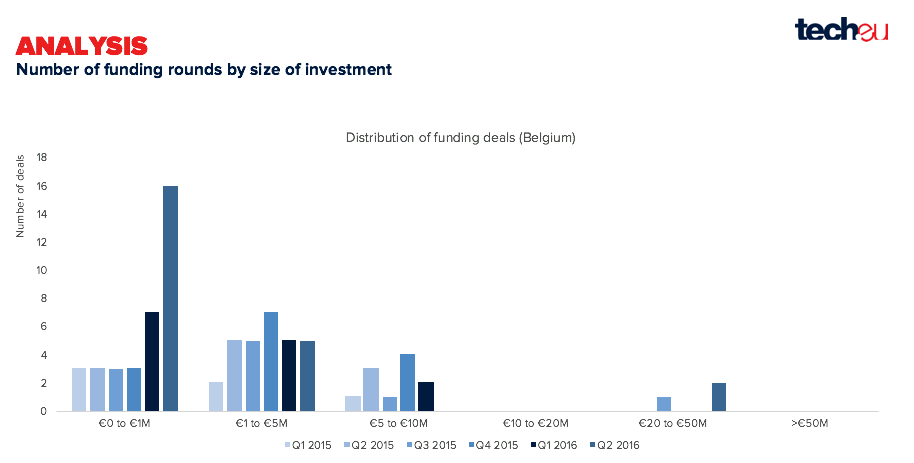 While young companies are being created and getting funded, it’s Belgian scale-ups that account for the majority of the capital being deployed. 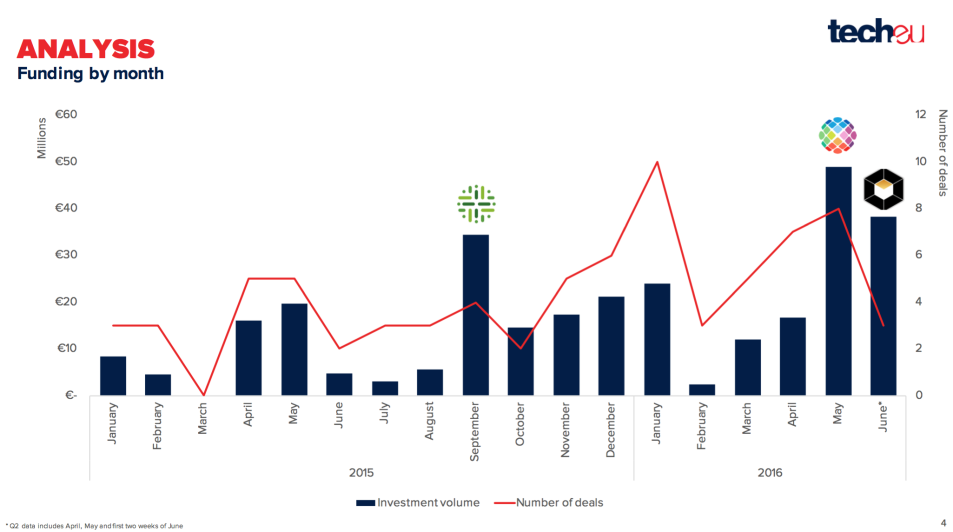 Although it’s true that Belgium is still far away from the numbers shown by Europe’s main technology ecosystems, there’s no denying that the country’s tech scene is developing rapidly. 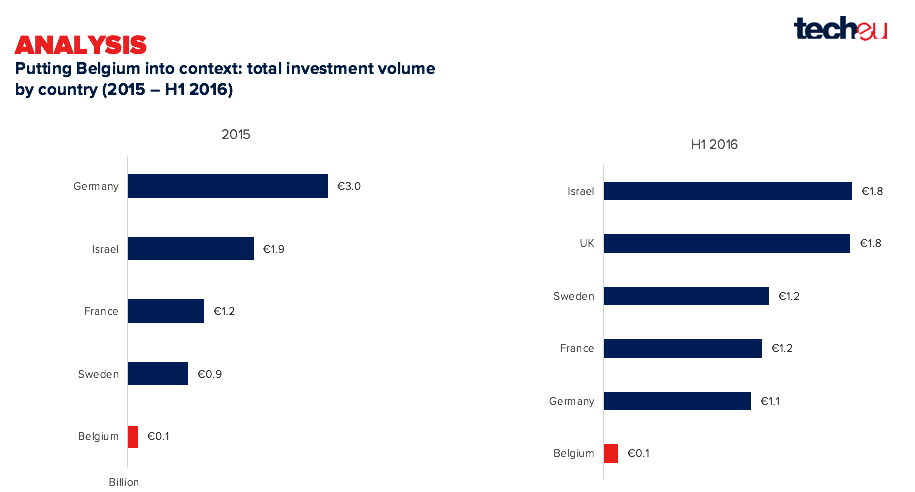 While challenges remain - such as eerily sluggish M&A activity so far - a comparison of Belgium versus European countries of similar size shows that its position is improving. 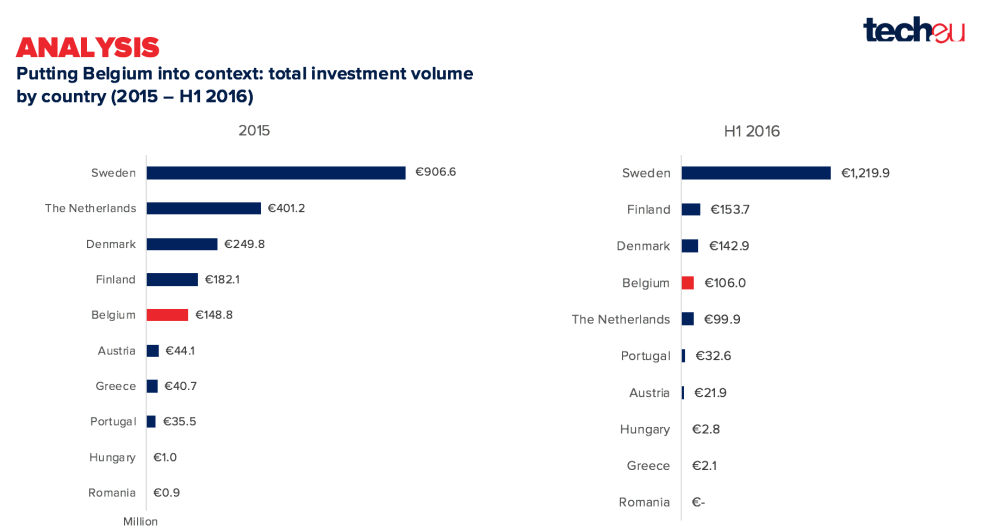 For more information on Belgium's tech scene, please check out this Slideshare deck, which was presented by our very own Robin Wauters at Web Tomorrow. **Also read:**

A down quarter: European and Israeli startups raised €4.1 billion in Q2 2016 as investment pace slumps

European and Israeli tech funding in May 2016: on track with €1.6 billion raised across 255 rounds

A snapshot of tech startup funding and M&A activity in Belgium
Comments
Follow the developments in the technology world. What would you like us to deliver to you?
All

NEXT
After Brexit, will Emerald City become the new startup hub in Europe?
The race is on between Emerald City, Narnia, Gotham City, Smallville, Bedrock and Mos…
Robin Wauters