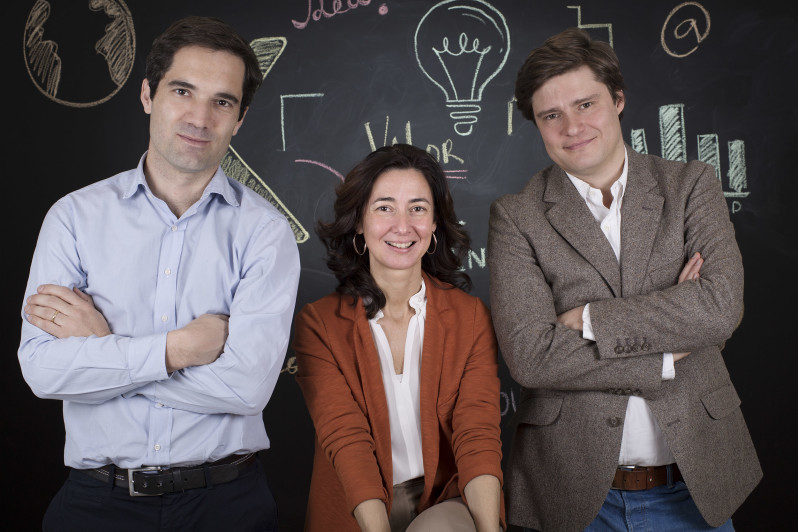 K Fund, a new VC firm based in Madrid, has launched today with a €50 million purse that it plans to invest in Spanish early stage startups.

The new fund will be “helping entrepreneurs in anything that they might need at the early stage, which is usually the hardest time for a company,” said K Fund’s Iñaki Arrola, also of Vitamina K VC.

Beyond early stage companies, the new firm has a view to co-investing with other VCs at later stages. It will be looking at startups in areas like fintech, edtech, adtech, security, and logistics.

So far K Fund has invested in three companies: Madrid-based clinic supplies marketplace Salupro as part of a €6 million round; energy management startup Lucera from Valencia; and social app Hooks which recently took part in Techstars in Chicago. It plans to build up a portfolio of 20 to 25 companies in the coming years.

The firm said in its announcement that it believes the technology sector in Spain is at its most lucrative and innovative, creating huge opportunities for K Fund. It cites successful funding rounds like Barcelona’s Typeform and exits such as Bilbao’s Ticketbis, acquired by eBay.

“We’re witnessing a new generation of Spanish entrepreneurs that have a global mind set and ambition from day one, who are not afraid of American or European competitors, and who have an amazing ability to execute at scale,” said Noel.

K Fund added that it is using a group of “operating partners” to advise the firm on things like business development, design, engineering, and marketing before making an investment.

New VC firm K Fund to invest €50 million in Spanish startups
Comments
Follow the developments in the technology world. What would you like us to deliver to you?
All

NEXT
These were the 10 biggest European tech stories this week
Happy Friday! This week, tech.eu tracked 12 technology M&A transactions, one IPO and 86 funding…
Robin Wauters