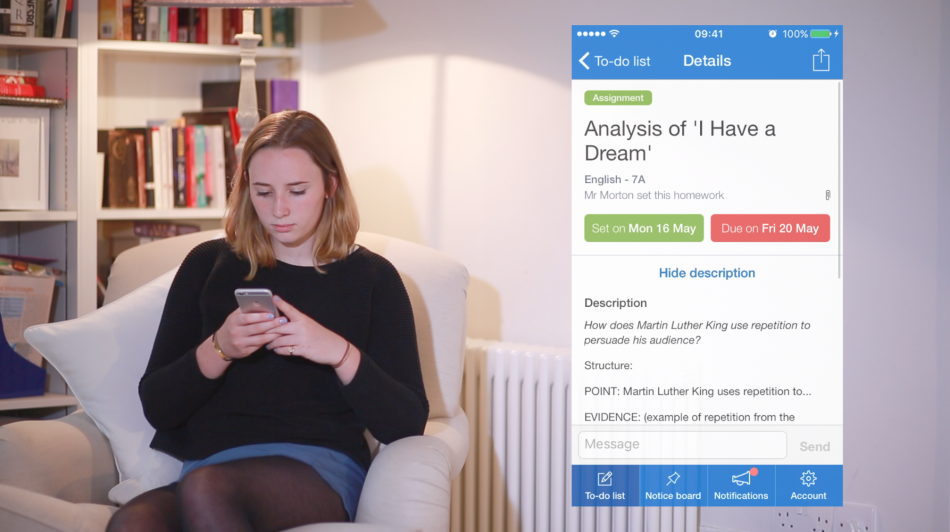 UK edtech service Show My Homework has raised £2.4 million in funding from LocalGlobe to aid its first steps into international markets. It is a seed extension following a £300,000 injection in 2013.

Show My Homework is a software platform for school teachers to set and grade homework while also keeping parents in the loop on the student’s performance.

The multi-device platform was founded by former school teacher Naimish Gohil and is developed by edtech company Satchel, a relatively new brand name that will be used for releasing further education technology products in the future alongside Show My Homework, including one-on-one tutoring services.

The next step will be developing the product for markets outside of the UK and according to the company’s statement, it will be opening a second office in Dubai in early 2017 to prepare for that market. One aspect of Satchel’s service involves visiting customer schools for consultations on how the service is working and how it can be improved so a physical presence in the market is necessary. However it is also used by schools in China and New Zealand.

“Homework is a real friction point between parents, teachers and pupils but it shouldn’t be like that,” said Gohil, “it’s the only frequent interaction between all key stakeholders in schools but there are major issues due to lack of visibility and communication between all parties.”

Edtech startup Show My Homework raises £2.4 million and begins international push
Comments
Follow the developments in the technology world. What would you like us to deliver to you?
All