Virtual Reality, Real Deals: a tech.eu report on the state of VR in Europe

These numbers were gleaned from tech.eu’s comprehensive database of funding rounds and exits across the European region. The database is compiled from our meticulous monitoring of hundreds of news sources in multiple languages. 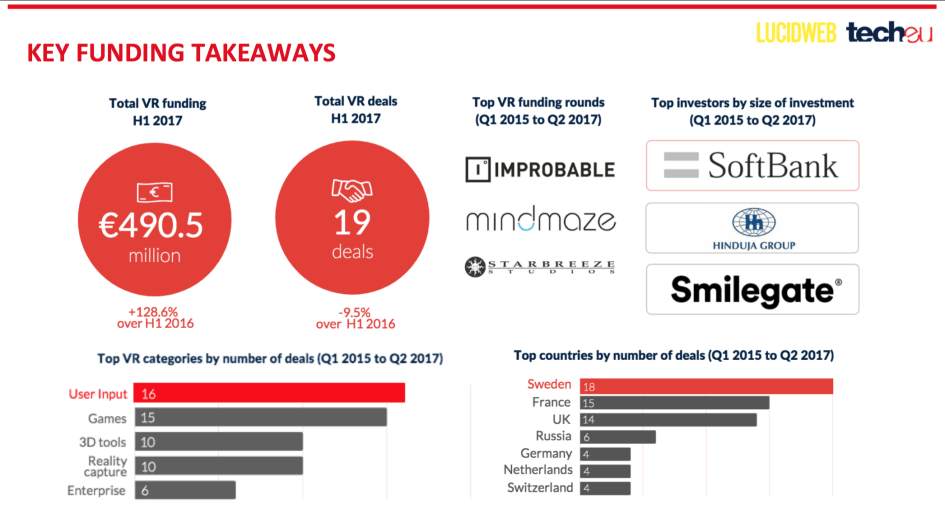 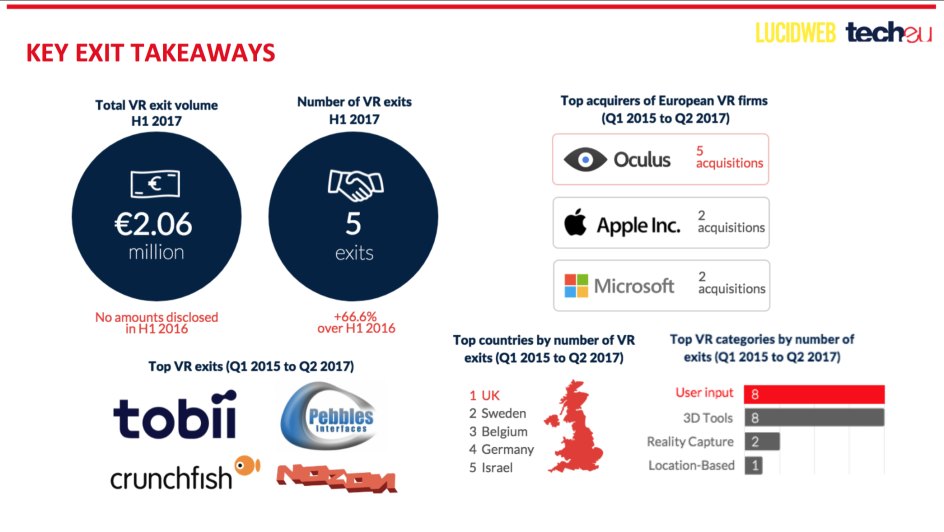 – breakdowns of European VR funding rounds tracked by tech.eu during the quarter, by stage, quarter, category and size – breakdowns of exits (M&A transactions + IPOs) tracked by tech.eu during the quarter – analysis of the top funding rounds and exits from Q1 2015 to Q2 2017 – an overview and analysis of the most active investors in, and buyers of, European VR tech companies – a breakdown of notable VR funding round and exits in Europe – an overview of key funding and exit trends

Virtual Reality, Real Deals: a tech.eu report on the state of VR in Europe
Comments
Follow the developments in the technology world. What would you like us to deliver to you?
All