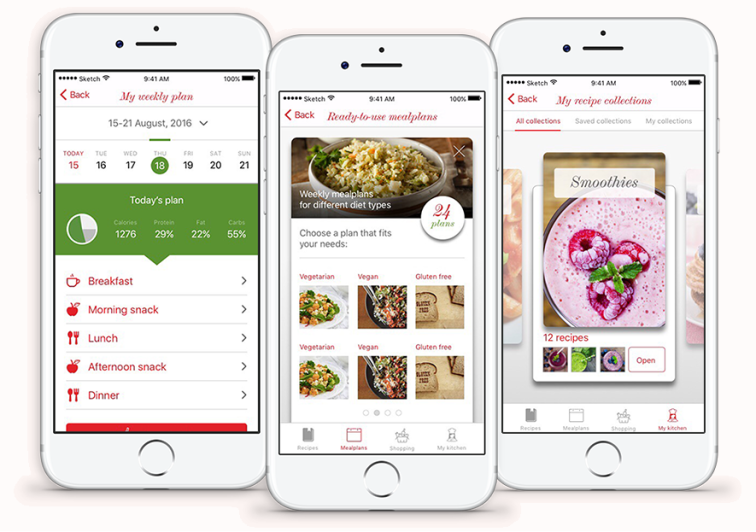 Finnish healthtech startup The Mealplanner, the developers of the FoodToDo app, has raised additional funding that brings its seed round to €1 million, from VCs and government funds.

It recently landed €400,000 from TEKES, a Finnish public funding agency under the Ministry of Employment and the Economy, and €300,000 from investors whose names have not been disclosed. This follows a previous tranche of funding of €300,000.

The Pori-based startup’s app FoodToDo is a digital nutrition guide. According to the company, it is working on IoT and wearable integration where the app will connect with hardware like health trackers to monitor energy, glucose, fat, etc. and recommend dietary changes to prevent illnesses and allow for early detection.

“We believe that we can help dietitians reinvent their profession to become much better professionals and fight against insulin-resistancy, obesity, overweight, diabetes, hypertonia more efficient,” said Sophie Michelin, CEO of Mealplanner. “Tech can also help to prevent these diseases, and it’s time for a change, since obesity and diabetes become one of the biggest challenges in healthcare.”

Diet planning app makers The Mealplanner secures €1 million in seed funding
Comments
Follow the developments in the technology world. What would you like us to deliver to you?
All

NEXT
Amsterdam-based Stream, a news feed API, raises $3 million
Stream, an API for creating personalised news feeds, has raised $3 million in a round led by…
Jonathan Keane