The Popit Sense wants to help people stick to their medication

When people don’t stick to their medication or miss a dosage, it can stymie a patient's recovery and lead to more costs for both patient and doctor.

One of the founders of Popit, a health tech startup from Finland, is an orthopaedic surgeon that regularly encountered patients forgetting to take their medication on time, which led the startup to building a tool to help.

Popit has created a product called Popit Sense, a piece of hardware for monitoring a person’s medication.

The Popit Sense device clips on to a pill blister pack and detects when a pill has been removed. It records this activity, logs it in an app, and alerts the user if they’ve missed their scheduled medication. The startup, headquartered in Espoo, has secured €1.2 million from VCs and government funds to put the finishing touches on the device and bring it to market. 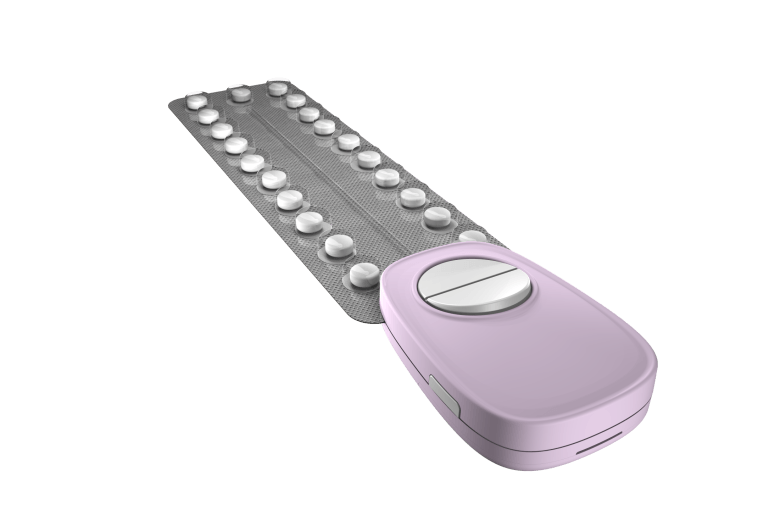 But is a device that will cost around €69 really necessary for people when there are various other dedicated and general apps that can be used for reminders?

“That’s what we hear quite a lot,” said Timo Heikkilä, COO of Popit. “The user does not need to input anything into the application. The pill consumption is detected automatically. You can take your mind off trying to remember to take the pills.”

According to pharma companies that communicated with Popit, when people start using reminder apps to manage their drug intake, they stick with it for a few weeks and then they drop off: “I guess it’s the same as asking a non-adherent person to be adherent with an application. That doesn’t seem to be making too much sense.”

The device pairs with an app via Bluetooth to alert someone when they've missed a pill rather than an alert to take one. It uses “three different technologies” to detect when a pill has been extracted. Heikkilä is tight-lipped on what exactly those three proprietary detection technologies are. The company has a patent on an acoustic sensing feature and it also uses an accelerometer. The third remains undisclosed.

“We want to digitise and quantify medication,” he continued. “It’s like when an activity monitor tracks your steps, we can track your pills. You could show your doctors, these are my statistics, I’ve taken my pills diligently. Everything should be in order on that front.

“We can relate the pill consumption information to a doctor through our back-end. We’re going to have a cloud service for that purpose as well.”

He envisions a service for doctors and loved ones to help people stay on top of their course of medication.

Popit is in the midst of a pilot with the device at Kuopio University Hospital in Finland with birth control medication and will be publishing its findings later this year.

The startup's €1.2 million in funding has come from two sources - €500,000 in government funding from Tekes, the Finnish Funding Agency for Innovation, and €720,000 from Butterfly Ventures and private investors but it will run a crowdfunding campaign in the coming months in another drive for money that will be used for further development of the device and for prepping the official launch next year.

Heikkilä believes its product is unique in the market. “None of are really approachable in terms of the price or in terms of the usability,” he said. “Of course, there are applications available out there that remind you but there’s nothing like Popit existing. The majority of the innovations are actually for pill bottles .”

The next step for Popit is to carry out more research to complement its product launch. It anticipates that it will publish its research report with Kuopio University Hospital on birth control dosages using the Popit Sense by year’s end but is currently seeking more hospitals to pilot with in other areas like cardiovascular disease and hypertension.

The Popit Sense wants to help people stick to their medication
Comments
Follow the developments in the technology world. What would you like us to deliver to you?
All