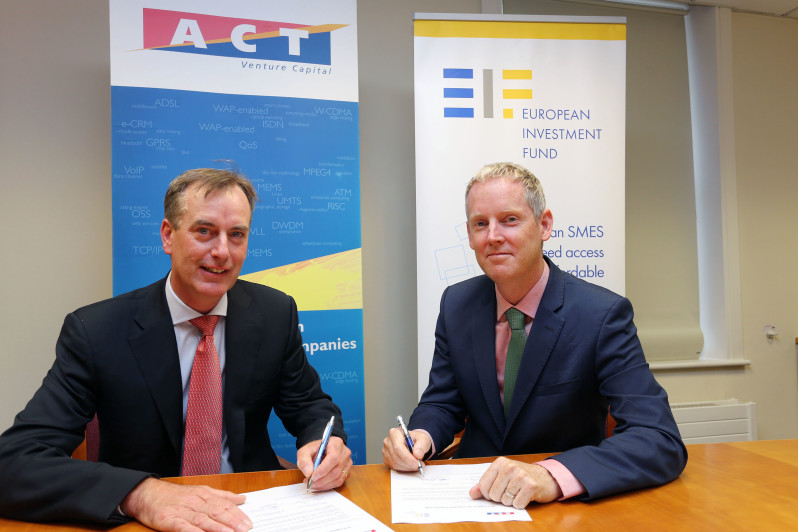 The European Investment Fund (EIF) is to invest €20 million in the newest fund from Irish VC firm, ACT Venture Capital, with support from the InnovFin Equity and COSME initiatives.

The fund, ACT V, will invest in tech companies that are at the early and expansion stages in verticals like software, internet, digital media, communications, and mobile. It will invest in 15-18 companies over the next four years with up to €7 million per company. EIF’s investment in ACT was carried out with additional support from the European Fund for Strategic Investments (EFSI), an arm of the European Commission’s Investment Plan for Europe, also known at the "Juncker Plan".

Other investors in the fund include the Ireland Strategic Investment Fund (ISIF), Enterprise Ireland, Allied Irish Banks (AIB) as well as a number of private investors.

“EIF’s commitment is also critical to ensure that the fund closes at its target size and I am convinced that ACT Venture Capital will ensure that companies can access this finance soon. The health of the European economy rests on its ability to innovate and EU support remains a key component. This cooperation clearly contributes towards those efforts.”

“ACT is keen to partner with leading entrepreneurs where we can exploit our international network to help them expand,” added John Flynn, managing director of ACT Venture Capital. Alongside the announcement of EIF’s investment, ACT announced the appointments of Conor Mills and Tomas Miranda to the firm.

European Investment Fund pumps €20 million into new Irish VC fund from ACT Venture Capital
Comments
Follow the developments in the technology world. What would you like us to deliver to you?
All

NEXT
VR simulation builder Labster raises $10 million in Series A
Danish VR company Labster has raised $10 million. The Series A round was led by Balderton…
Jonathan Keane