Boom or bust? Austria's Bitpanda is riding the cryptocurrency wave

Depending on who you ask, bitcoin will continue on its meteoric rise or it’s a “real bubble” that will eventually explode. It’s a hot topic right now with the infamous cryptocurrency soaring to $7,000 in early November, an all-time record. Surely for Austria’s Bitpanda, a cryptocurrency retail exchange formerly known as Coinimal, this would mean bigger business?

“In general, the price doesn’t really matter if it goes up or down. If there’s a lot of attention on it, then the higher our volume is,” said Eric Demuth, CEO of Bitpanda.

Growing mainstream media attention on bitcoin and pro-cryptocurrency regulation does bring more people to the platform, though with more people seeing it as a “legitimate investment” - the higher price is considered a bonus.

Bitpanda calls itself Europe’s “most popular service” for buying digital currency, but that’s a difficult claim to verify. Demuth said the company has around 400,000 users buying and selling €50 million worth of cryptocurrency a month, but he doesn’t get too bogged down on numbers.

“It doesn’t really matter for us, it’s just something that people ask us all the time,” he said. “These numbers we don’t really care because the product is the most important thing.” 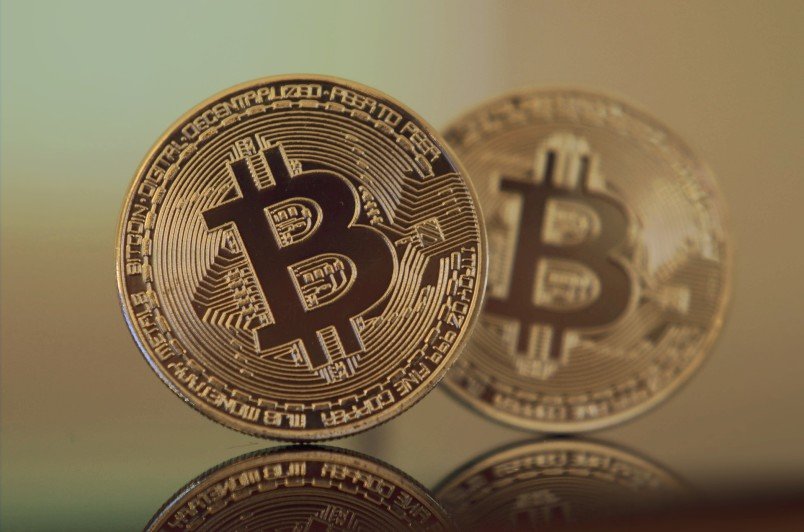 Demuth and his co-founders saw early potential in bitcoin, which he calls a digital asset rather than a currency, from the beginning - but in those earlier days, accessibility was almost non-existent.

“We realised it was super hard for a normal person to buy cryptocurrency and sell it,” he said.

“If you ever want to have it in the mainstream as a normal thing, the access has to be there. I always compare it to the internet in the ‘90s where you needed an ISP. Retail exchanges are like the internet service provider for this technology."

“The idea was to make it as seamless as buying something online in a web shop.”

Bitpanda trades in bitcoin and other cryptocurrencies like litecoin, ether, and dash in exchange for euros but plans to add other fiat currencies soon.

Despite that relative stability, the likes of Bitpanda still has to contend with the many technical challenges facing cryptocurrencies, such as the bitcoin hard fork, where the currency split into two: bitcoin and bitcoin cash. The latter currently trades at about $600 and at this time isn’t supported by Bitpanda. A similar hard fork is happening with Ethereum.

The hurdles facing companies in the cryptocurrency space are plentiful, but none perhaps more so than security and reputation.

There has been a glut of cryptocurrency exchanges and other similar companies, some more legitimate than others. Several cases of fraud and hacking has often brought the industry into disrepute. Japan’s Mt. Gox is the most infamous example of a cryptocurrency exchange gone awry when it was breached and $350 million worth of coins was robbed. Hong Kong’s Bitfinex was hacked last year and has since faced more regulatory problems causing it to suspend its US operations.

In Europe, Bitstamp, a Luxembourg-based exchange, was targeted by cybercriminals in 2015 who made off with roughly $5 million worth of bitcoin at the time.

“We learned in the early years when bitcoin made its first steps, it was really amateurish,” said Demuth. “Many companies lost coins, exchanges got hacked and so on. We said, ok we have to do it differently.”

Bitpanda institutes a system where only a small percentage of its funds are online at a given time with the rest in cold storage to minimise any damage from a possible attack. Demuth likens the system to a traditional bank where a branch only keeps a small amount of money physically at the counter to prevent armed robbers making away with a fortune.

“The maximum they can actually rob there is the amount that this branch has at the counter. We have a similar system. If someone is successful in hacking us, the absolute maximum they can get is what we have at this second at the ‘counter’ that we have online for our liquidity, which is a very small fraction.”

Demuth said Bitpanda has had no major security incidents to date.

Despite best efforts to keep funds and users as secure as possible, the world of cryptocurrency is still volatile and unpredictable. It shows little sign of changing and further regulations are most likely coming.

Exchanges in Europe are likely to find themselves under increasing pressure to fall in line with standards on know-your-customer (KYC) checks and user verification, and Demuth expects these regulations to hit the scene in the next year.

“Nearly everywhere in Europe is the same, it’s not regulated. The difference what we did at the beginning, we set the whole process, the KYC, everything like you open a bank account,” he said. The company has employed KYC methods like video verification.

“We don’t have to do this stuff but we do it because we know in the future, it will be necessary and I think it makes sense for all stakeholders to have something more serious,” he said. “These are digital assets. For many people this is an investment, and I don’t think regulation is a bad thing at all. We’re just not there yet.”

Boom or bust? Austria's Bitpanda is riding the cryptocurrency wave
Comments
Follow the developments in the technology world. What would you like us to deliver to you?
All