Tech.eu Insights creates insight and guides strategies with its comprehensive content and reports. Browse popular Insights content.
Examine the effects of the latest technology with the Tech.eu lens, see the details and create powerful strategies. Take immediate action to access exclusive articles and reports.
Review Advantageous Packages
Does your company have Insights access? Check it
Features/Profiles
Sponsored by Landing Festival

Editor’s note: This is a sponsored article, which means it’s independently written by our team but financially supported by another organisation, in this case, Landing Festival. If you would like to learn more about sponsored posts, read this and contact us if you’re interested in partnering with us.

Berlin is often considered the gold standard of European startup ecosystems despite fierce competition from the likes of London and Stockholm as well as emerging tech hubs in other countries. The German ecosystem has many successes and high-profile names and the city continues to attract founders that want to give their startup the best chance possible.

Berlin has a lot of pedigree. For years, it’s been a centre of business not just in Europe but globally so it’s not surprising that it’s a centre for startups too. Many big names in the tech startup world are founded or based there. Startup builder Rocket Internet, fintech giant N26, and investment marketplace Raisin all call Berlin their home.

Most notably, Soundcloud was founded in Stockholm but relocated to Berlin where it is now headquartered. Danish-founded health tech startup Clue relocated from Copenhagen to Berlin and has since raised more than $30 million in funding. Meanwhile SAP, the great European tech success story has offices in German capital, which also plays host to offices for US tech firms like Facebook, Google, Apple, and Airbnb.

The city is a bustling hub of startups, mentors, and investors. The city is home to many big-name VC firms, from seed rounds to Series A and B, and a community of angels. VC money continues to flow into the city’s startups, such as Uberall, which raised $25 million this month and Auto1, which landed €460 million from Softbank in January.

Compared to many other European capital cities such as London, Berlin is relatively cost-effective with affordable office spaces for startups, from traditional office buildings to co-working spaces like WeWork. With all the doom and gloom surrounding Brexit in the UK and what it means for the startup scene there, hubs like Berlin are attracting more startups and workers to the city.

The German capital provides a constant of flow of local talent from German universities as well as people flocking to the city in search of work in the startup scene.

While the city has a lot to offer, relocating there can be daunting but there are many resources out there. Berlin has a wide-reaching scene for tech meet-up groups and startup networking events that are vital resources for newcomers and founders in the city. It's also a popular location for many tech conferences big and small where founders can make connections with talent, investors, and potential customers.

The latest and hottest event in town is Landing Festival - a two-day tech festival for learning, networking, and building ties on March 14-15. The event features talks, panels, workshops, and a jobs fair for people interested in joining the startup ecosystem in Berlin. 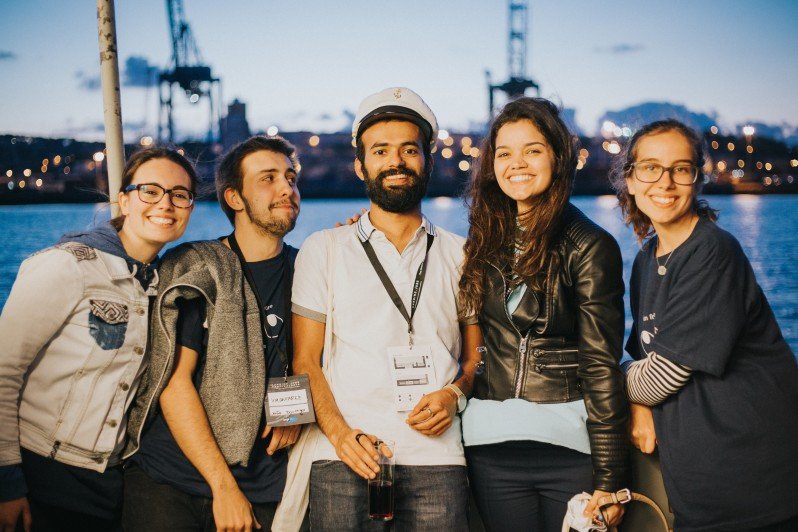 The jobs fair is an opportunity for tech professionals to cut out the recruiter middlemen and talk directly with the companies that are hiring. This gives hopeful candidates and companies alike an opportunity to truly network and gauge the opportunity. Companies like Soundcloud, Hello Fresh, MyTaxi, Raisin, and many more will be on hand to answer questions.

Tickets are available now. tech.eu readers can avail of a 20% discount, just use the code LFB18-TECHEU.

Why Berlin is still the go-to centre for startups and founders in Europe
Comments
Follow the developments in the technology world. What would you like us to deliver to you?
All