Tech.eu Insights creates insight and guides strategies with its comprehensive content and reports. Browse popular Insights content.
Examine the effects of the latest technology with the Tech.eu lens, see the details and create powerful strategies. Take immediate action to access exclusive articles and reports.
Review Advantageous Packages
Does your company have Insights access? Check it
Free 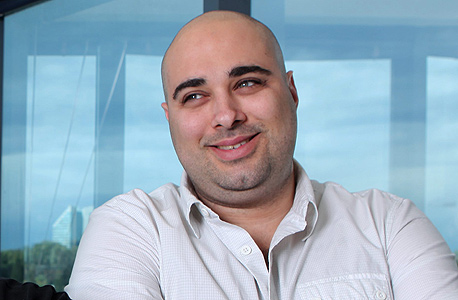 **Editor’s note:** _This exclusive article from CTech (Orr Hirschauge and Amarelle Wenkert) was syndicated with permission._

Nasdaq-listed surveillance and business intelligence company Verint Systems Inc. is negotiating a $1 billion merger with Israeli cyber surveillance company NSO Group for in a cash and stock deal, according to two persons familiar with the matter.

The deal is not yet finalized and may fall through, one of these people said. The Wall Street Journal first reported the negotiations.

Verint could not be reached on Monday.

Verint develops and sells customer engagement systems and surveillance products to governments, law enforcement agencies, secure facilities, banks, and media companies. Founded in 1994 and headquartered in Melville, New York, Verint employs a team of 5,100 people, 1,100 in its offices in Israel.

In March, Calcalist reported Verint was mulling over a separate listing for its security intelligence division, citing one person familiar with the matter who spoke on condition of anonymity.

A month earlier, in February, Calcalist reported that Verint was looking to sell the struggling division, citing anonymous sources. Verint’s stock, which peaked in April 2015 at $65, had dropped 41% at that time, to $38. Verint’s stock now trades at $44.05.

Founded in 2010, NSO develops and sells spyware like Pegasus, a tool to manage trojan horse cyber attacks that can be used to gather intelligence from mobile phones and other devices. NSO counts governments and law enforcement agencies among its clients, and has previously been embroiled in scandals involving alleged human rights violations.If the merger deal goes through, NSO will operate as a stand-alone business unit, that will be added to Verint’s existing divisions, one of the persons interviewed by Calcalist Monday said speaking on conditions of anonymity.

The company’s top executives are expected to continue leading the company, that person said. NSO employs around 600 people, most of them in its headquarters in Herzliya, north of Tel Aviv.

Verint Systems is reportedly negotiating a $1 billion merger with Israeli cyber surveillance company NSO Group
Comments
Follow the developments in the technology world. What would you like us to deliver to you?
All