Invest Europe, the association that aims to represent European private equity and VC with over 1,400 member firms, has released a free report (PDF) on the private capital deployment activity it tracked in 2018.

According to the organisation, private equity investment in Europe has hit a new record, increasing 7 percent year-over-year to reach €80.6 billion. Private equity funds invested in over 7,800 companies, also a new record, with 86% of the total made up by small and medium-sized enterprises. 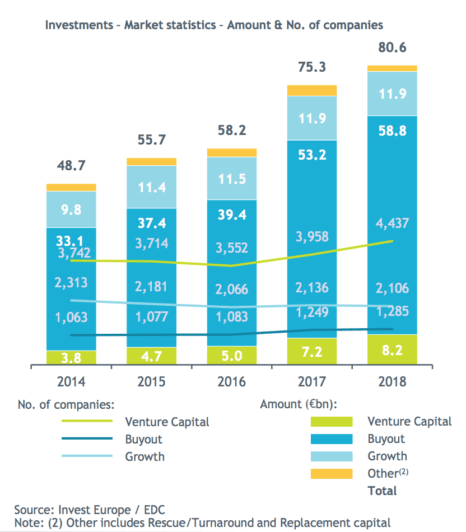 According to our research, slightly south of €25 billion in venture capital was invested in European startups and scale-ups last year.

“Record investment levels show that private equity and venture capital can identify attractive companies with the capacity to grow whatever the broader political and economic climate,” said Michael Collins, CEO of Invest Europe. “Europe is packed with high-potential and innovative businesses, and private equity is increasingly seen as a supportive partner for companies looking to expand.”

Fundraising remained strong in 2018, according to the report, as more than €97 billion was committed to European private equity, the highest total since the financial crisis. 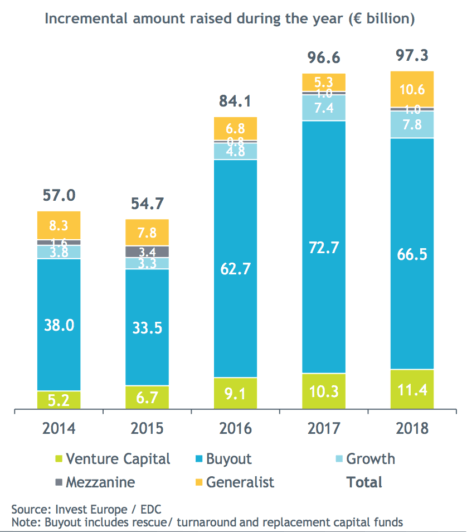 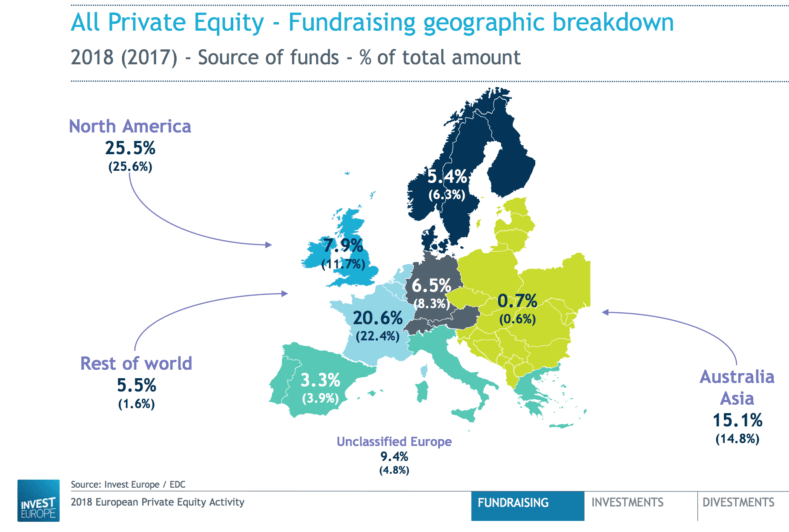 European VC fundraising reached a new high of €11.4 billion, up 11% from 2017, according to Invest Europe. Private investor interest increased with family offices and private individuals accounting for 20% of capital raised, closely followed by funds of funds and other asset managers at 19%. The proportion contributed by government agencies fell to 18%, the lowest share in a decade.

“European venture capital has truly come of age thanks to a combination of strong returns, a growing band of billion-euro-plus tech and life sciences start-ups, and a string of high-profile exits, including the listing of music streaming service Spotify and the sale of mobile payments platform iZettle. There are eager strategic buyers and open markets around the world for Europe’s top-quality start-ups” said Nenad Marovac, Invest Europe’s Chair.

Invest Europe report: European private equity investments increased 7% to €80.6 billion in 2018
Comments
Follow the developments in the technology world. What would you like us to deliver to you?
All