Swedish fintech company Anyfin has secured €8 million in fresh funding from its existing backers Northzone, Accel and Global Founders Capital. The only new investor in this extension of its Series A round is NYC-based Fintech Collective.

Stockholm-based Anyfin essentially enables people to refinance their existing consumer loans, helping them lower their interest rates by a (self-reported) average of 50 percent. Interestingly, the startup says customers only need to upload a photo of their current loan statement, and Anyfin will feed back almost immediately with a better offer.

The company was founded by former Klarna, iZettle and Spotify employees and has grown from a team of 8 to 22 within a year. The fresh cash will enable Anyfin to recruit more people to develop the product further and prepare for an international launch to "take on Northern Europe".

Anyfin has raised a total of 13,3 million euros to date and is currently available only in Sweden. 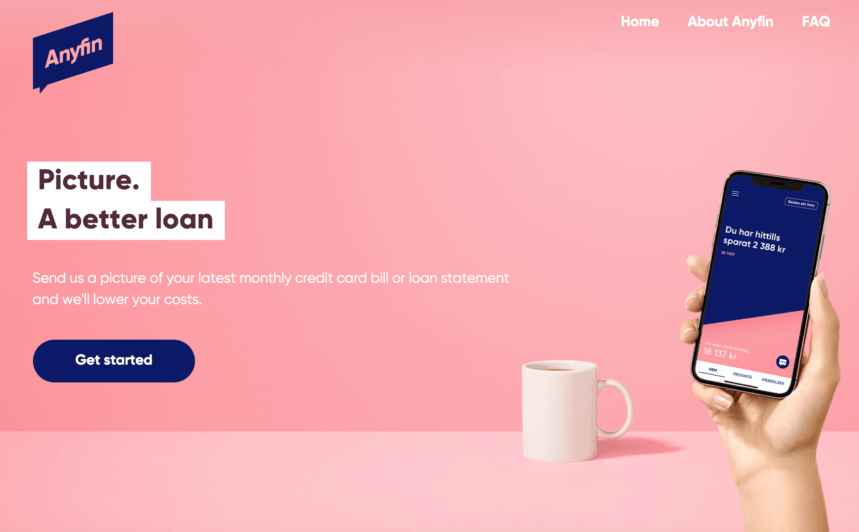 “Life is Growth” – A new tech.eu + Stripe report on how, where and when European tech companies start scaling up

Sweden's Anyfin scores €8 million in funding to help consumers refinance their loans
Comments
Follow the developments in the technology world. What would you like us to deliver to you?
All