A survey among Belgian startups paints a bleak post COVID-19 picture; 50% says they'll run out of cash by September

It remains very much to be seen what the exact impact of the coronavirus outbreak will be on the technology industry and global startup ecosystems, right in the middle of the crisis. That will be a big topic and subject for plenty of analysis when the numbers are reported in later times, by us and others.

But while the debate rages on about whether governments should be supporting startups with special initiatives, and how exactly that needs to be done, and by whom, and when, and why, a small yet notable survey in Belgium's startup ecosystem has painted a bleak picture for its future indeed.

With the added caveat that the survey was held by 'Support Our Startups', which is obviously in the camp that says governments should be helping out young tech companies with custom measures, and that the respondents are thus a wee bit biased and incentivised to call for urgent support, the results are quite interesting to look at.

Of the 980+ startups that have signed on for the campaign, close to 200 responded to the survey, which focused on the financial impact of the pandemic.

78,2% of those startups say they experienced a significant revenue loss in March 2020, with almost a fourth of respondents signalling a revenue decrease greater than 75%.

When asked about revenue expectations for the full year, roughly a fifth of respondents expects a decline of 10% to 25%, about a third of peg it between 25% and 50%; and another 22% project a loss of between 50% and 75%. That doesn't leave a lot of room for optimism.

And while it's still way too early to really measure the impact on fundraising, 75,4% of startups that were in fundraising mode have reported a negative trend because of the virus outbreak.

This ranged from the lengthening of the fundraising timeline (24,6%), the need to postpone the raise (13%), to investors saying they are not willing to make new investments due to the current circumstances (6,5%), or investors straight up pulling out after a signed term sheet (1,4%).

According to the survey, 61,9% of the companies state they are currently looking for any type of bridge financing that can help them into calmer waters. 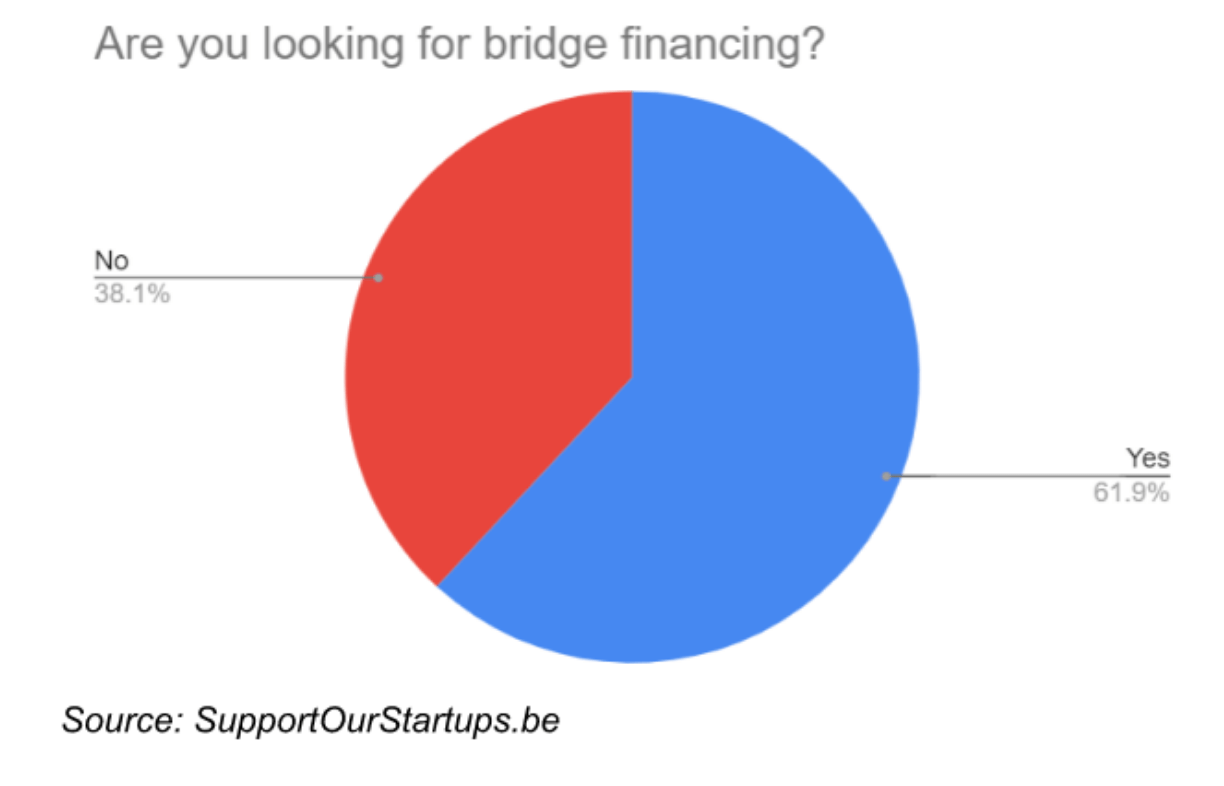 More poignantly, the survey also revealed that the runway for startups without solid income has been shortened rather dramatically. While the number of startups with a cash runway of 0 to 6 months was about 15% before the current crisis, that number has ballooned to almost 50%.

In short, that means half of the respondents could run out of money by the end of the summer season, and potentially up to 80% by May 2021. 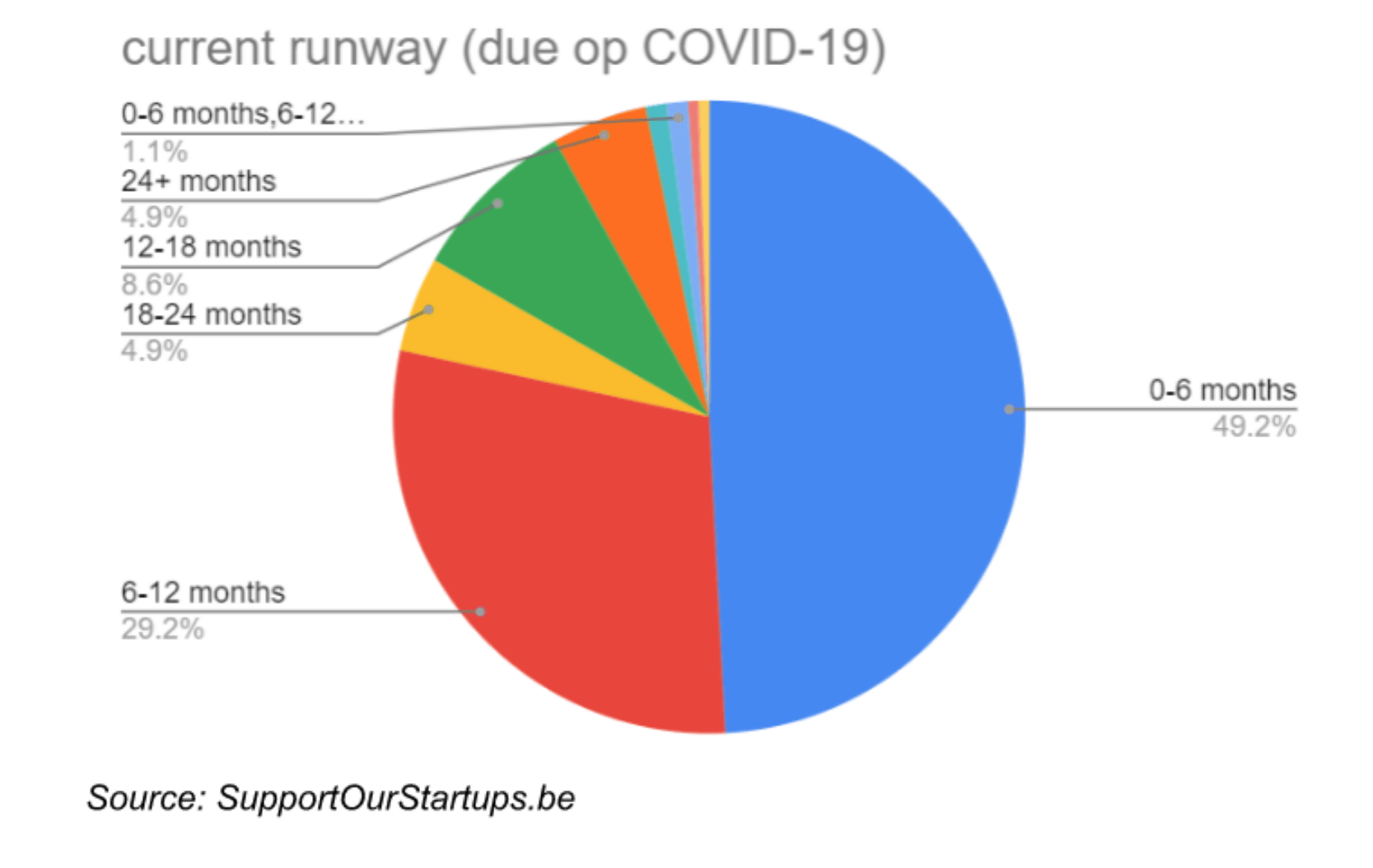 Even so, 74,9% of respondents indicated that they have no intention 'to lay off staff now or in the near future' unless it's absolutely necessary for survival and to look for other ways to extend that runway instead.

This is a bit strange, in my humble personal opinion; there's a wide industry sentiment for grown-up founders to make hard leadership decisions sooner rather than later. There's a difference between trying to weather a temporary storm and preparing for a long, long period of economic uncertainty due the COVID-19 outbreak.

Yet according to the survey, less than 5% of startup founders expect they will need to cut their staff by 50% or more - no wonder so many of them could run out of money soon.

A survey among Belgian startups paints a bleak post COVID-19 picture; 50% says they'll run out of cash by September
Comments
Follow the developments in the technology world. What would you like us to deliver to you?
All