The waste industry doesn't have to be a wasteland

In the startup and business world, few people want to talk about waste. It's not a “sexy” topic, generally speaking, and it's not usually seen as a vertical where a lot of money can be made. Over the years, this has led to the creation of an opaque market where middlemen companies thrive on the lack of transparency between organisations that generate all sorts of waste or byproducts and those that purchase it.

Maayke Damen, who founded a startup to change this situation and increase sustainability along the way, doesn't actually like the word waste. That's also reflected in the startup's name: Excess Materials Exchange.

Founded in 2017, the startup is essentially a “dating website” where organisations can post their… okay, let's call it excess materials for now, and see whether other companies would be interested in acquiring them.

“We match supply and demand of these materials or products, but above all, we match the material with the highest value reuse option,” Damen told tech.eu. “What that means is that we find a positive business case, or at least a reduction in costs, and significantly improve the environmental impact. 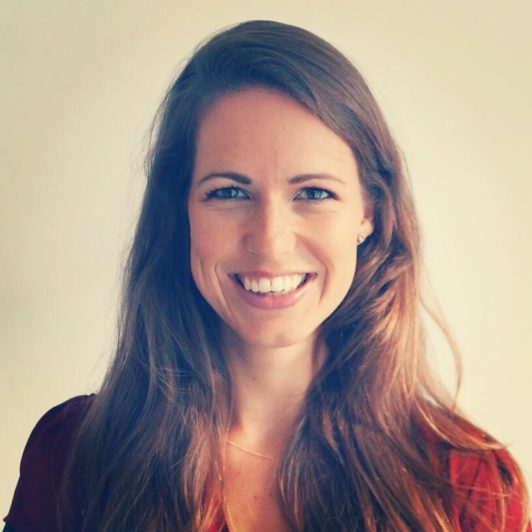 “A super easy example of that is coffee leftovers. In a restaurant, you make coffee, drink it once, and then you have leftovers that you throw away. Restaurants also usually pay to get rid of them.

“But what you could also do is extract pigment for ink, bioplastics, fibers… After that, you can make water filters out of the grounds, grow mushrooms on them. And after that, you can still burn them to recover energy. So, every step of the way, you add value instead of just throwing it away.”

The key difference between Excess Materials Exchange and some other startups in the industry is the “gigantic matching database” that the Dutch startup has built, Damen said. The best matches often happen across industries, which is the key challenge but also an enormous opportunity for a player who can work across verticals.

Technically, the startup doesn't impose any limits on the range of the industries its customers come from. In practice, however, the most actively engaged industries so far have been building and construction, packaging, textiles, and organics.

“There's just so much stuff being wasted, and it's so unnecessary,” Damen said. “People really don't realise what a gold mine there is around us. And we really want to change that paradigm.”

What do taxes and passports have to do with sustainability?

“There is this idea that the government, instead of taxing labour, should tax resources,” Damen explained. “That creates a very different incentive to operate within society. If your toaster breaks down, you buy a new one because it's cheaper since resources aren't taxed and labor is. So you can't have it repaired because reparations will be like €65, and it's just too expensive.”

As part of this work, Damen started looking into research on resource taxes, scarcity of materials, and other adjacent topics — only to find that very little had been done in that direction. That's when she came up with the idea of a resources passport, a digital representation of the materials that a product consists of.

“ start tracking and tracing materials throughout their supply chains and continuous loops,” Damen said. “But filling a resources passport was time consuming, and therefore expensive, and so not that interesting for companies if they don't have return on investments. That combined with other trends we observed eventually resulted in setting up Excess Materials Exchange, because it's a way for the companies to get those returns.”

The resources passport, which is essentially an entry in a database hosted on the Excess Material Exchange website or in the customer’s cloud, is an identity that “travels along with the product through the supply chain,” Damen explained.

“One benefit of the passport, for example, is that at the end of life, when you know what is in your product, it's very easy to make the business case for recycling or for repair,” she added. “ Above all, we use it to get an insight into the product to be able to track and trace it. Based upon that information, we create a valuation — financial or environmental — and based upon that, make the match.”

In 2019, Excess Materials Exchange completed its year-long pilot project supported by the ABN AMRO bank, EY, and the law firm Stibbe. Among the participants were Schiphol Group, ProRail, and the Ministry of Infrastructure and Water Management of the Netherlands.

“People were extremely skeptical about the practicalities, because everyone knows how difficult it is to make a change in this sector,” Damen recalled. “And therefore we said, okay, we want to test two things. One, can we actually find higher value destinations ? And two, are companies actually willing to pay for this?” 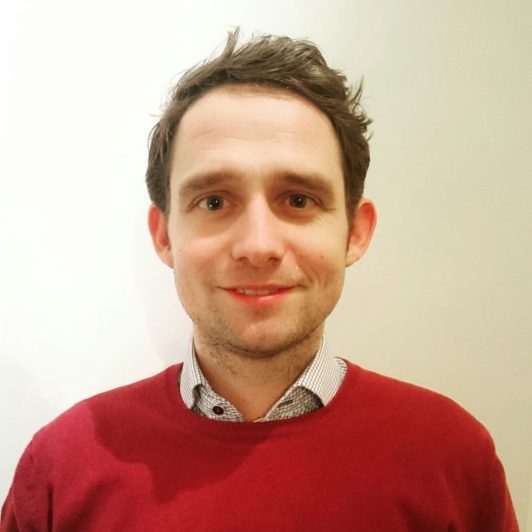 The pilot seems to have worked out really well and has shown there's quite a value to be created through sustainability and circular economy. According to the final report, the Excess Materials Exchange team had identified 18 “material flows” for the participants that could potentially create “€64 million in financial value and a reduction of €54 million in environmental damage (eco-cost), resulting in a total value creation of €118 million.”

For example, the Dutch rail network infrastructure caretaker ProRail was looking for a better end-of-life destination for the old railway tracks. Normally, most of them would be exported to Asia or Turkey and sold for scrap at a relatively low price. Instead, Excess Materials Exchange proposed three circular reuse possibilities: as construction beams in buildings, as a functional support structure in the shifting water sides of the Amsterdam canals, or in touristic structures such as bike racks, information panels, or wildlife grids.

With €850,000 of funding raised so far, Excess Materials Exchange is one of the smaller scale-ups in this year's Techleap Rise programme. It is, however, currently looking for additional investment to fuel its expansion plans. The startup is specifically looking to raise money from social impact VCs who understand the specifics of the business and aren't after quick returns.

“We want to scale up within the Netherlands, then within Europe, and after that worldwide,” Damen said.

The firm is still figuring out the payment model it will employ in order to make sure it can stay afloat long-term. From Damen's perspective, the next few years will bring the ideas Excess Materials Exchange is built upon to the mainstream.

“At the moment, we're setting up the organisation in such a way that it is possible to deal with the longer lead times, because, as they say, you're always too early until you're too late,” Damen said. “So we're trying to get everything ready in time for that tipping point.”

Although the COVID-19 crisis initially led to many of the startup's customers putting their sustainability projects on hold, Excess Materials Exchange is now seeing an uptick in demand again. This reassures Damen, who puts an emphasis on the economic viability of her project, that sustainability can be more than empty words and a checkmark in a yearly corporate report.

“We did not actually start this company simply because we wanted to run a company,” Damen concluded. “I didn't at all. I just want to make a difference and I want to change a paradigm. But we're not an NGO and there is a business model behind everything we do.”

To polish that business model, Excess Materials Exchange entered the second batch of the Techleap Rise programme, which provides scale-ups based in the Netherlands with coaching and networking opportunities to accelerate their growth.

“The programme has just started, but the network has already been quite helpful,” Damen said. “We also value the actual expertise that the programme brings in, the actual stories that illustrate how other people and companies have done it. That’s where peer-to-peer learning comes into play.”

The waste industry doesn't have to be a wasteland
Comments
Follow the developments in the technology world. What would you like us to deliver to you?
All