Tech.eu Insights creates insight and guides strategies with its comprehensive content and reports. Browse popular Insights content.
Examine the effects of the latest technology with the Tech.eu lens, see the details and create powerful strategies. Take immediate action to access exclusive articles and reports.
Review Advantageous Packages
Does your company have Insights access? Check it
Sustainability
Sponsored by Scaleway

Editor’s note: This is a sponsored article, which means it is independently written by our editorial team but financially supported by another organisation, in this case, Scaleway. If you would like to learn more about sponsored posts on tech.eu, read this and contact us if you are interested in partnering with us.

Cloud computing is the backbone of the digital industry and of extreme importance to the future of the European economy and climate commitments. Shaping Europe’s modern society relies on the public cloud to provide computing power that is flexible, cost effective, reliable, secure and sustainable. A cloud that makes sense.

Data centres power the digital economy but also present several challenges for reaching our green targets. They can be large greenhouse gas emitters.

The cloud is part of the environmental equation. However, some dangerous practices must disappear like the thoughtless waste of millions of cubic metres of drinking water in cooling towers to cool data centres and wasting 30-40% of data centre energy on cooling alone.

Many industries need to pull their weight in tackling the climate crisis, especially if Europe is to meet the EU Green Deal target to cut emissions by 55% by 2030, and data centres are no different.

Last month, Scaleway, the French cloud computing and web hosting firm, announced its new initiative to address energy and water usage at its data centres and to call on its competitors to do the same.

The strategy aims to reduce emissions, reduce water usage, implement circular economy practices and promote greater transparency for its users in how the cloud industry operates. This was launched in October during the EU Green Week to promote a greener digital economy. 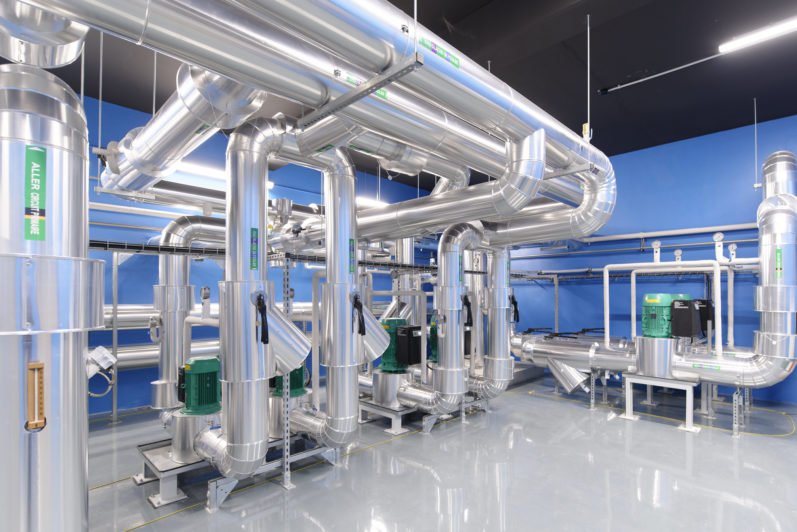 According to Scaleway, the European cloud services challenger, the digital sector is responsible for around 2% of greenhouse gas emissions in France. Data centres consume around 1% of global electricity use and huge volumes of water are used to cool these large facilities, according to the International Energy Agency.

As the world digitises more and more – especially after the pandemic – emission levels could triple by 2040. Work is needed to stem that threat, which is why data centre operators need to take a more active role.

Scaleway has set higher targets for reducing its emissions than those of the EU’s Green Deal while also drawing influence from the Paris Agreement, which aims to reduce global warming to 2°C by 2050.

CEO Yann Lechelle said the industry needs to be transparent about not only energy usage but also water efficiency. 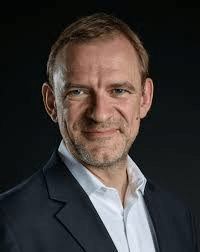 Water is used across the industry in cooling. Scaleway uses a method called adiabatic cooling, which uses water evaporation to cool systems. However, according to Yann Lechelle, there is little attention paid to water and data centre operators should be more upfront about how they use water.

“We're not ashamed of it. We have data centres that do not use any water and those that use small quantities of water. We want to display these and we welcome people to display theirs. By demonstrating a transparent approach we hope to take the lead in encouraging other key players to follow suit,” he said.

Lechelle said that data centres get a lot of attention and criticism over their energy consumption, and companies should be more transparent about the way they try to reduce emissions.

“We try to over-optimise everything in the digital sector, so industrial cloud operators are actually very good at lowering the amount of electricity that is consumed,” he said.

Measuring energy and water use

Scaleway’s data centres are powered by a mix of hydroelectricity and nuclear power, and they include water consumption alongside their power usage effectiveness (PUE) measurements.

Since 2018, the company has set an objective that all new data centres constructed must have a power usage effectiveness of 1.15 or lower.

This aim is achieved by improvements in cooling systems, such as free cooling and natural cooling. Scaleway’s proven adiabatic cooling system, which requires minimal water to function, is just one example of its innovative, responsible solutions.

Water conservation is a vital part of the strategy, and this is why Scaleway uses a water usage effectiveness (WUE) indicator to provide a deeper analysis of the environmental impact. It has set a target of having a WUE below 0.15. The industry average is currently 1.8.

In addition, the company’s green initiative supports the circular economy. Through a partnership with Loxy, which recycles and reuses hardware components, it is ensuring that as much equipment as possible is reused and has extended life cycles. Scaleway said the company plans to improve the usage of these components to up to 10 years, compared to the typical three to five years, according to estimates by Gartner.

“If it's damaged, we can recycle it and then resell it, give it a second life or if we have to destroy it, then we separate the parts. Hard drives in particular have to be destroyed,” Lechelle said.

Transparency is needed to ensure that all of these measures are adhered to and have long term benefits.

For clients, the company will be including a line-by-line breakdown of resource usage with details on energy and water consumption and carbon emissions in each invoice by 2021.

For the public, Scaleway is creating an online dashboard for its data centres where the consumption of each facility in Paris, Amsterdam and Warsaw can be viewed and monitored.

“We will add this dashboard for every data centre, and we will show the actual energy footprint on every invoice item. If you use a CPU for five hours, you know your carbon footprint, this will be displayed for every client. The aim is to bring awareness,” Lechelle said.

Scaleway’s efforts are just one part of a wider mission that the broader data centre industry will need to follow if Europe is to meet its target for reducing emissions while also enhancing the digital economy for the future.

By speaking about its objectives regularly in a transparent manner, and the steps it is taking, Scaleway said it is constantly challenging other cloud infrastructure providers to follow in its footsteps and discuss these issues which are key to our digital future. Click here to read more about its environmental commitments.

“The objective is to raise awareness,” Lechelle said. “We want to be transparent and in tune with society, and we want to make sense. That’s what drives us.”

Scaleway’s new climate strategy pushes data centres to innovate and be greener
Comments
Follow the developments in the technology world. What would you like us to deliver to you?
All

NEXT
tech.eu Podcast #195: Post-election news flood, another European unicorn, micromobility news, policy updates, and we talk to Tjarda Voorneman of Techleap
The tech.eu Podcast is a show in which we…
Andrii Degeler