Tech.eu Insights creates insight and guides strategies with its comprehensive content and reports. Browse popular Insights content.
Examine the effects of the latest technology with the Tech.eu lens, see the details and create powerful strategies. Take immediate action to access exclusive articles and reports.
Review Advantageous Packages
Does your company have Insights access? Check it
Logistics & Transportation
Sponsored by Techleap.nl

Hardt Hyperloop and the European promise of innovative transportation

The global transition to renewable energy and sustainable transportation is a process that requires a lot of work that's rarely visible, often bureaucratic, and is generally deemed rather unsexy. There are, however, parts to it that are shiny, futuristic, and attention-grabbing — like the concept of hyperloop.

First introduced back in 2012 by a team led by Elon Musk, hyperloop is an ultra-fast mode of transportation that can be seen as an alternative to short-haul flights. There are a number of technical implementations of the concept, but the main idea is that passengers and cargo are moved in vehicles through low-pressure tunnels built either above or below ground.

Arguably the most notable European player in this space is Hardt Hyperloop, a company that began as a student team gathered at the Delft University of Technology and subsequently became an integral part of the continent's nascent hyperloop ecosystem.

We are the champions

In early 2017, SpaceX in the US held a competition for hyperloop pod makers from all over the world. It’d built a one-kilometre-long test tube with a diameter of 1.8m, in which all participating pods were to be tested.

The Dutch team known as Delft Hyperloop won the Design and Construction award in that competition and also scored the highest overall. That was the high point of a year-and-a-half journey of the team and its captain Tim Houter — but also the very beginning of Hardt Hyperloop.

Back home, the Delft Hyperloop co-founders made the decision to keep working on the technology and founded Hardt Hyperloop as a university spin-off. Since then, the startup has grown to 35 people and has attracted about €10 million in funding. 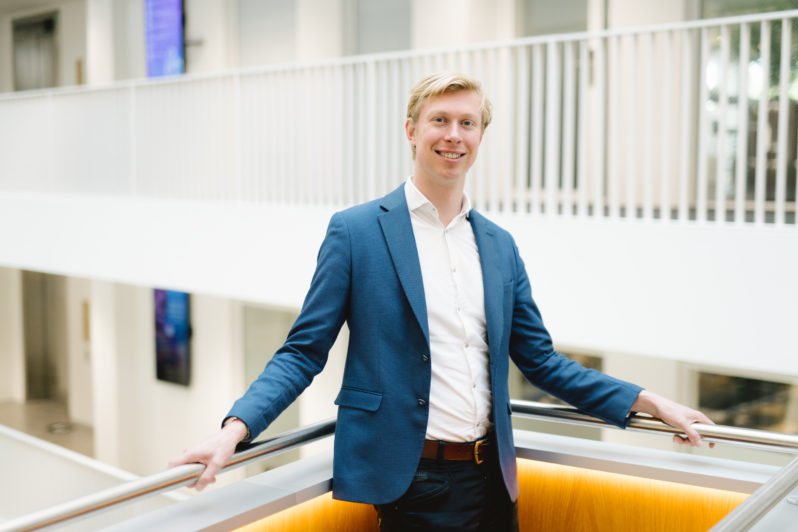 Among the startup's investors are the EU-funded European Institute of Innovation and Technology (EIT), as well as the iconic Dutch entrepreneur and investor Kees Koolen, the co-founder and former CEO of Booking.com and founding partner of EQT Ventures.

Hardt Hyperloop, although not a university team anymore, is still headquartered in Delft. At its premises, the company has built Europe's first full-scale Hyperloop testing facility — a 30-metre-long tube 3.2 metres in diameter. The track allows to test every relevant aspect of the system, including lane-switching — albeit at a speed quite a bit lower than the 1,000 km/h envisioned as the end goal.

To fulfil its vision of a hyperloop network that would connect Europe and, eventually, the whole world, Hardt Hyperloop has chosen the magnetic levitation and magnetic propulsion approach. This means that the vehicles developed by the startup are meant to be suspended by magnetic fields generated by magnets both on the vehicle and in the tube. The vehicle is then pulled forward by alternatively polarised magnets installed in the tunnel.

“There are companies in other parts of the world that experiment with different technologies for the hyperloop,” Houter said. “We believe that at the end of the day the safest, most efficient, cost-effective, and sustainable technology will be implemented in the network.”

With a project as ambitious as this, technological prowess wouldn't be enough. The sheer scale of things that need to be done in order to actually build even one hyperloop route is astonishing, from the vehicles, tubes, and stations to electrical infrastructure and all necessary paperwork.

Quite aware of that, Hardt Hyperloop is working together with its peers in Poland, Spain, Canada, and elsewhere to develop a unified standard and make sure that we won't end up with a bunch of incompatible local hyperloop networks.

The company is also gearing up towards launching the European Hyperloop Center (EHC) in the northern Dutch province of Groningen. Currently set to open in 2022, the EHC is an “open test facility that will provide home to developers from around the world, where companies and institutions are working together on the transportation system of the future, with the aim of accelerating the realization of the hyperloop technology,” as stated in the project's description. Among other things, the Center will feature a three-kilometre test track.

“To realise the infrastructure projects — which is similar to how large train routes are built — we need a working public-private partnership between the governments and corporates,” Houter said.

The partnership in question was finally announced just yesterday: two Dutch ministries together with a consortium of industry players — including, of course, Hardt Hyperloop — have come together to launch the Hyperloop Development Program. With a three-year budget of €30 million, the programme will look to prove the feasibility of hyperloop as a transportation system, conduct the necessary tests to demonstrate its safety, and identify the way forward with developing and implementing the technology. 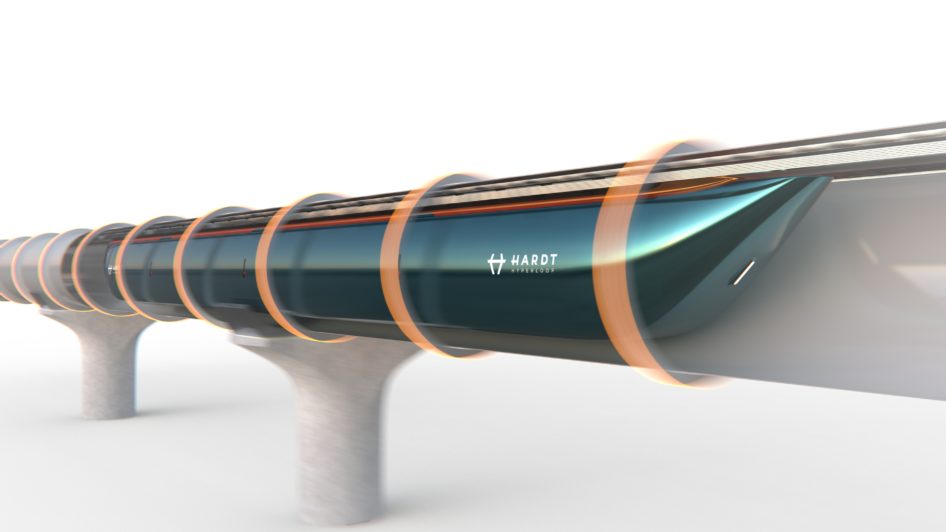 While working hard on its technical solution and coordinating a crazy number of stakeholders in the European transportation ecosystem, Hardt Hyperloop has also joined the 2020 batch of the Techleap.nl Rise Programme. Aimed at scale-up companies based in the Netherlands, the programme provides unparalleled opportunities for peer-to-peer knowledge sharing and getting actionable advice from a wide range of successful entrepreneurs.

“I'm happy to be in a group of entrepreneurs that are going through a similar stage with their companies, it's very insightful,” Houter said. “The expert sessions with experienced entrepreneurs are also great, as they shine light on how they coped with those same challenges we’re facing now.”

Your hyperloop has arrived

So, when are we actually going to be able to board a hyperloop vehicle and ride across Europe? Not very soon, Houter says; however, the first routes could in fact start operating very soon.

“We see the most potential in transporting cargo first and adding the passenger capacity later,” Houter said. “There are less safety restrictions and regulatory hurdles for cargo operations. You can also test the whole system in an operational setting but without people inside, which gives the government and regulators greater peace of mind.”

Houter expects that the first cargo operations may commence as early as 2028. The vehicles will not be big enough to move shipping containers, so more demand for the innovative cargo transportation mode is expected to come from package delivery operators. Houter reckons that, when operating at full capacity, hyperloop should be able to offer prices that are compatible to those of conventional ways of moving the cargo, like trucks, ships, and planes.

While the final specification of the European hyperloop network is yet to be finalised, it's hard to say where the first routes will be built. It's quite probable that the plans will get clearer towards the second half of the decade.

In the meantime, Hardt Hyperloop is hard at work (from home) on both the unified hyperloop standard and its own technological solutions. And sure enough, the work requires additional funding, so Houter is busy talking to potential investors.

“We're always looking to raise more money,” he said. “It's going to be a continuous process until the first routes are built.”

Hardt Hyperloop and the European promise of innovative transportation
Comments
Follow the developments in the technology world. What would you like us to deliver to you?
All