PitchBook: 2020 was a record year for European Tech, with €42.8 billion flowing to startups

In a year that will forever be remembered as the year of the global coronavirus outbreak, PitchBook says the European tech ecosystem actually more than held its own, with VC deal value hitting a new annual record of €42.8 billion across 9,341 deals, representing a 14.8% YoY increase in value from the previous record set in 2019.

Deals sized over €25 million represented a record 61.8%, or €26.5 billion, of capital invested in 2020, with late-stage, €500 million+ financing deals for the likes of CureVac, Klarna, Deliveroo, N26, Revolut, and Northvolt boosting the total tally rather high for such a challenging year. 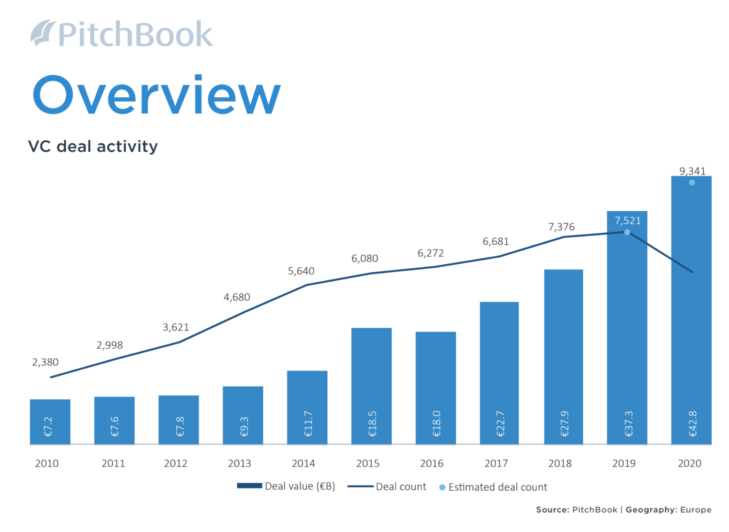 Still according to the PitchBook report, the 'software' sector remains the most popular area of investment, as €14.5 billion in funding was deployed across 2,123 deals, up 7.9% from last year when it comes to total investment size.

Also worth noting: all regions - apart from Central and Eastern Europe - beat their respective deal value figures from 2019 last year, with the UK & Ireland still king of the pack with a record €14.3 billion in 2020.

And what about exits, you ask? 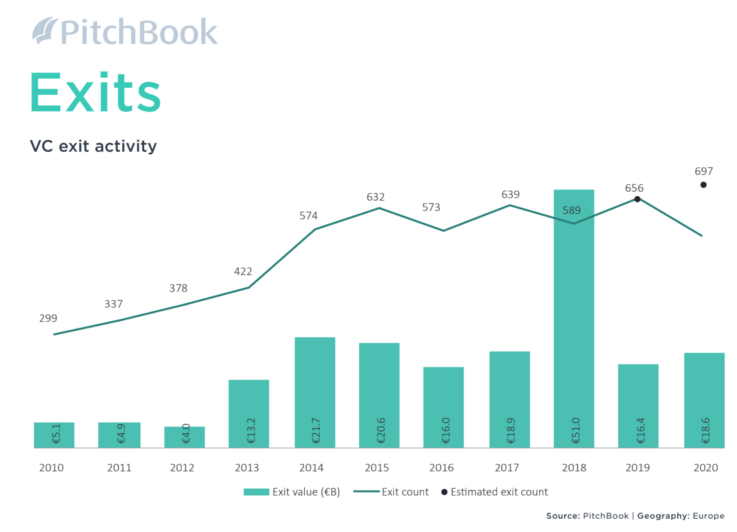 Finally, European VC funds managed to raise a record €19.6 billion in 2020, representing a 35.2% YoY increase as LPs and GPs across "shrugged off long-term apprehension posed by COVID-19", in PitchBook's words.

The data shows that the quantity of closed VC funds, meanwhile, ticked up to 172, effectively reversing a two-year decline. The UK & Ireland raised the most capital for venture funds with €5.1 billion, narrowly topping the DACH region, which raised €5 billion in 2020. 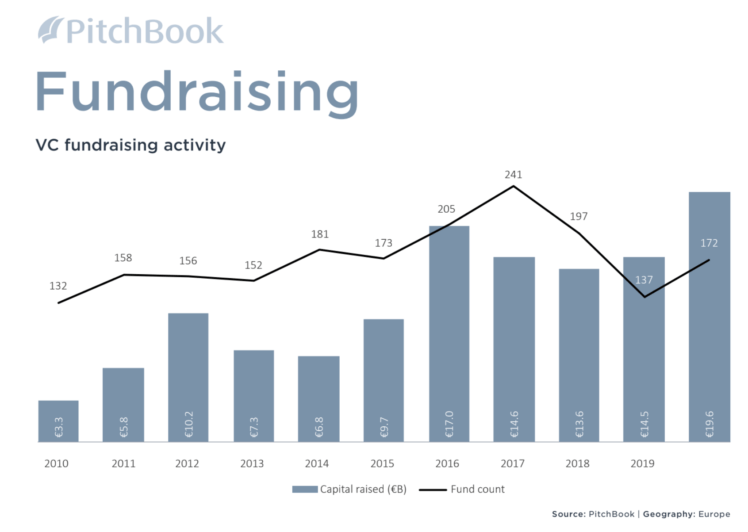 "We believe capital will continue to pour into pandemic-driven areas as recoveries commence and the allure of a return to normality will drive capital into resurgent pre-pandemic trends, both of which will combine to hold overall VC activity aloft in 2021," Patel added.

We interviewed Patel about the report's findings for the tech.eu podcast - subscribe now to make sure you don't miss out on the conversation!

PitchBook: 2020 was a record year for European Tech, with €42.8 billion flowing to startups
Comments
Follow the developments in the technology world. What would you like us to deliver to you?
All

NEXT
Shell plans to buy Berlin-based electric vehicle charging startup ubitricity
Shell has announced it will acquire the entirety of ubitricity, a Berlin-based startup that has…
Annie Musgrove