‘Better done than perfect’: Micro-mobility scale-up TIER opens up about its expansion journey

TIER’s black and green e-scooters are a common sight on the streets of European cities. In November 2020, the Berlin-based micro-mobility startup finalised a €211 million Series C funding round, which will go towards funding expansion and fast-tracking its TIER Energy charging network. Recently, the company announced it had rolled out in 100 cities across Europe and the United Arab Emirates.

Philipp Haas, TIER’s vice president of expansion, has been with the company since its inception. Haas jumped on a call with Tech.eu earlier this month to talk about their expansion story, and share his own insights for startup founders looking to scale up abroad for our new 'Crossing Borders' content hub (in the works).

Unlike the majority of startups, who find their feet in their home market before expanding into other territories, TIER launched first in the Austrian capital Vienna in September 2018, followed by Switzerland, France, and Belgium.

Back then, German legislation still forbade renting out and using e-scooters, so the startup decided to get up and running in other countries first.

Germany gave the green light a year later, in 2019, but Haas says it was difficult starting in other countries, as they had a group of 200 people working in the TIER headquarters in Berlin, who couldn’t feel and test their own product for about eight months.

“I think still in the end it doesn’t matter whether you can deploy in your home market or not, or sooner or later,” he says. “I think anyway you should go as broad as possible from the early beginning.”

European countries may be neighbours, but consumer behaviour and culture tend to vary, sometimes dramatically. “What we’ve learned in the Nordics, you can’t apply one-to-one to the German market or the French market,” TIER's expansion leader says. “It’s different consumer behaviour, it’s a different competitive environment, it’s different legislation — in some markets you have parking requirements, in some markets a completely free floating system.” 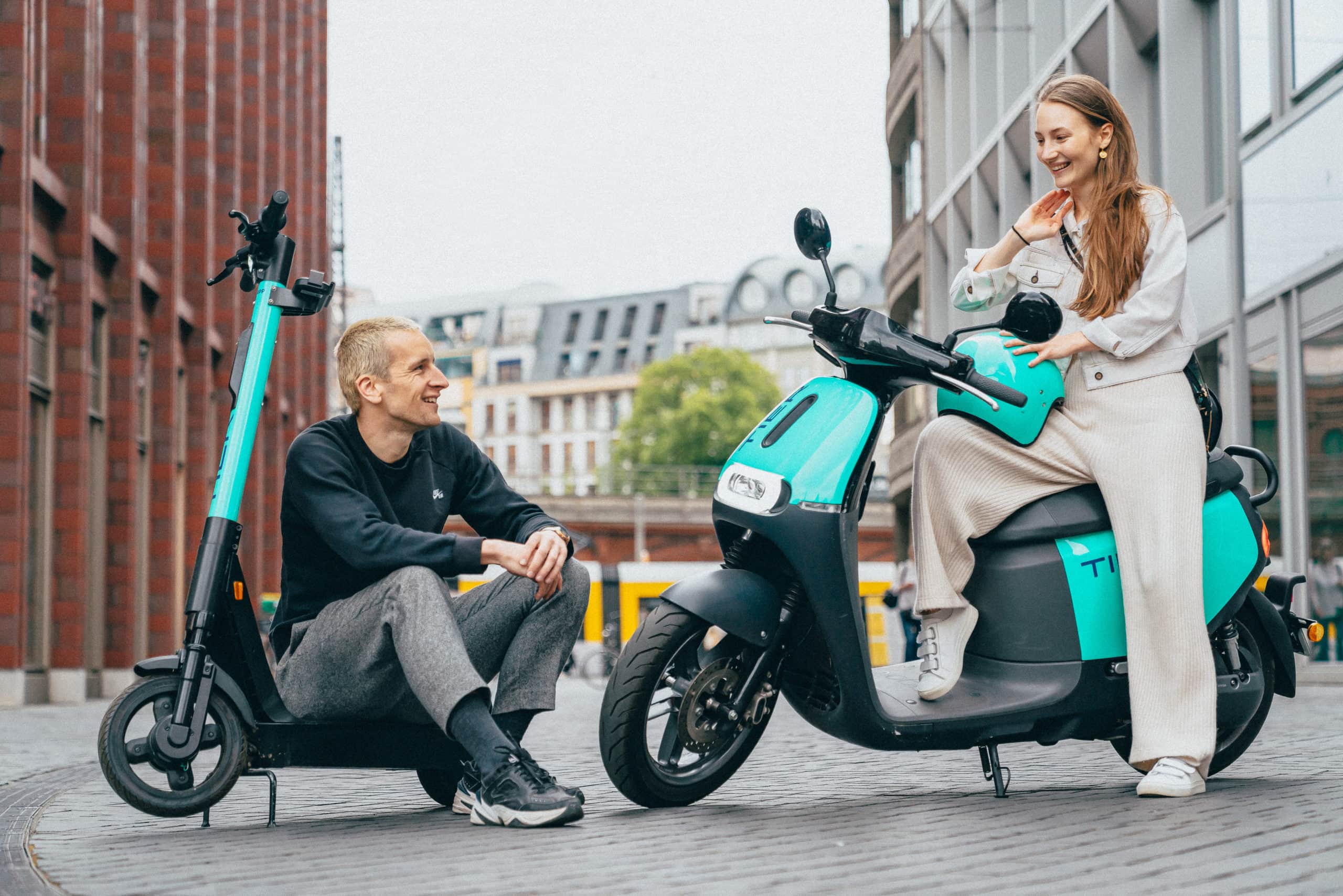 'Top down, bottom up'

Haas describes their expansion strategy as a “top down, bottom up” approach. From the top down, that initially entailed looking at the total addressable market, then each individual market by country and by city. They then created a comprehensive ranking based on 50 to 60 different indicators, such as GDP, crime rate, weather, tech affinity, and smartphone penetration.

However, a wish list also needs to mesh with reality, and in some cases a market high on the wish list might be closed, or scooter sharing could be banned on a national level.

Even a local mayor may object and throw a spanner in the plans to deploy.

“We always had to match our wish list with the local opportunities,” Haas says. “Even though a city is lower down the list doesn’t mean there is no potential, and it doesn't mean that people living in those cities don’t want micro-mobility services.”

“Once a city said ‘yes you're welcome’...we looked at individual positioning there, we looked at requirements, we looked at the competitive environment, went into dialogue with the cities, and said ‘this is what we could offer, what do you want?’” he says. Once the memorandum of understanding on where, how, and how many scooters was agreed, they were free to launch.

Haas says that TIER’s abiding principle is that they don't go to a party where they are not invited.

He cites Barcelona as an example of one city that was high on their rankings as a location for their scooters, but the authorities said they just don’t want scooters, over fears of space and cluttering concerns. So TIER decided not to try to force their operations there. 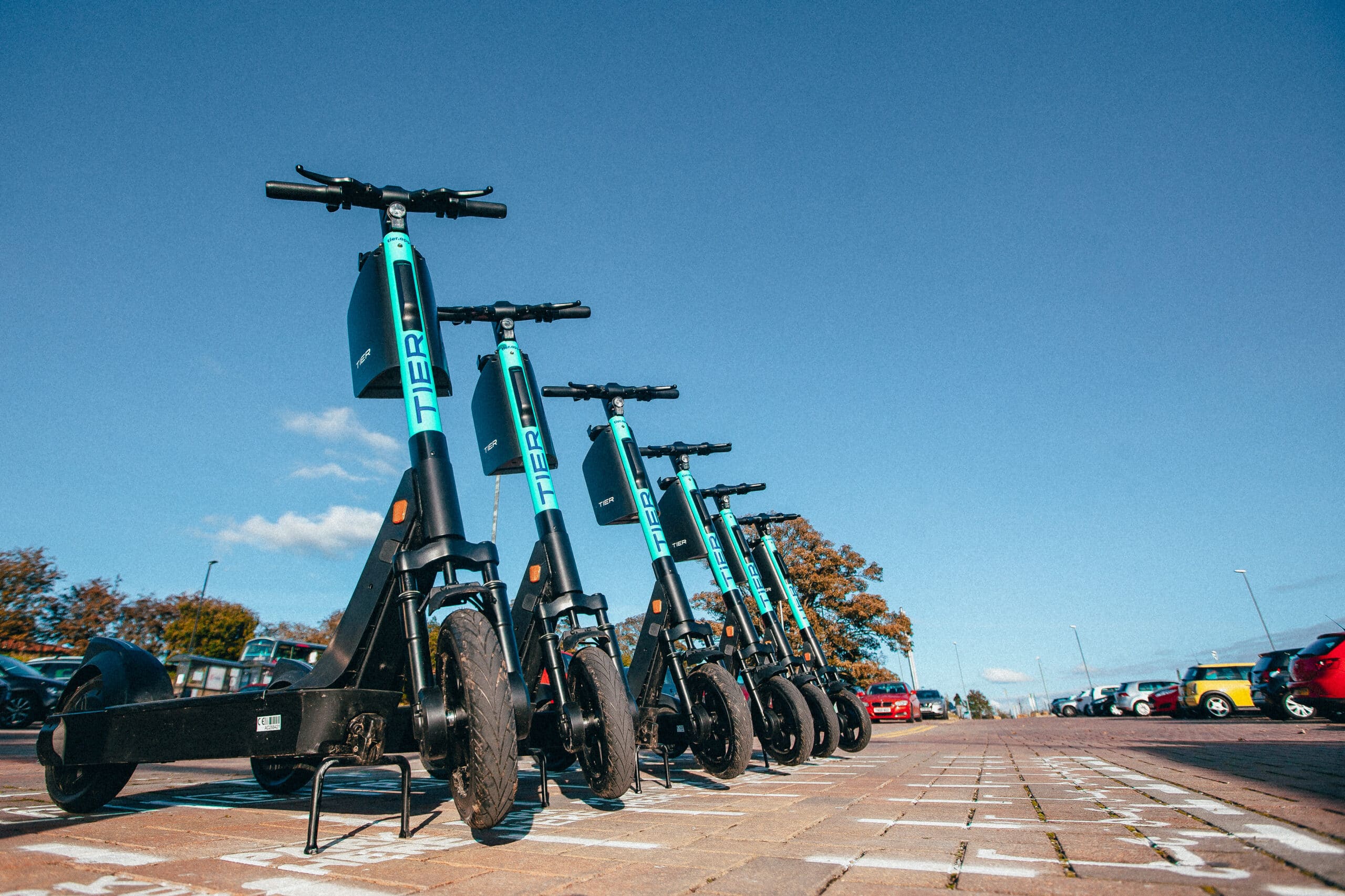 With feisty European competitors such as Dott, and Voi, and well-funded US startups like Bird and Lime all fighting for users in cities across Europe, finding your space in the competitive micromobility landscape requires a strategy.

It “doesn’t mean that all the cake has been eaten, there’s still enough cake in every city where we enter," Haas said about that. What it does mean is that they have to look harder at the competitive situation and the market and adjust, for example, by identifying undersupplied areas of a city to jump into, or adding more scooters to give people more choice if for example a competitor has a smaller fleet.

TIER achieved profitability for the first time in June last year, but that was not all down to its rapid, constant expansion. Haas says it is also thanks to general management and a “focus on staying on top in the existing cities—because it's just not sustainable if you base your strategy only on new markets and only on growing by expansion, you also have to grow in your existing markets.”

The startup has raised around $400 million to date, from investors including SoftBank Vision Fund 2, Mubadala Capital, Northzone, Goodwater Capital, and White Star Capital. In the beginning, however, Haas says that because TIER had less venture capital than competitors like Lime, Bird and Voi, it made them look for solutions and optimise on a really granular level.

“We always said ‘let's go for plan A, and if plan A doesn't work we have to look for plan B, C, D, E, F... If we had had more money we probably would have been happy with plan A or B.

“We had to optimise so much, and to create the best out of everything in each and every individual city, and rethink our idea twice and three times until we found the best solution — I think this is what made us profitable, that we didn't just go for option A and throw out the money because we could.”

Sustainability can tip the scales

In October 2019, TIER was the first e scooter-sharing company to start using swappable batteries, meaning they could detach them and take them to charge using electric cargo bikes, rather than collecting the entire scooters in diesel vans and charging in their warehouses.

This initiative, plus others like the MyTier programme where they resell older generation scooters to consumers, helped the startup achieve carbon neutrality in January 2020.

According to Haas, their sustainability has been an asset to gaining entry in new markets, especially in big tenders like Paris and Dubai. 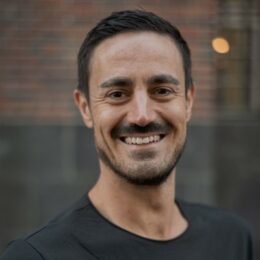 This is a TIER principle, Haas says. “It’s important if you want to grow fast that you don't just wait for the perfect solution, the perfect moment, just try it out and iterate on the MVP.”

“When we launched three weeks after I started in Vienna, nothing worked. Our app was not more than an MVP, our scooter model we offered there was a B2C scooter which anybody could buy off the shelf... but we still decided to go there to see what we can iterate off the MVP."

Scaling fast in different markets opens up your perspectives. “I think the earlier you go broad, the more you can learn out of it,” Haas says.

3) All business is local

It’s crucial to avoid a one-size-fits-all approach to expansion, or to steer remotely from the ivory tower of HQ. “You need to build up the local identity and local entrepreneurship as well. Be as local as possible, as central as necessary,” Haas says.

While you need a nerve centre to develop synergies and best practice, and be able to replicate what works across cities, you should “hire as local as possible” according to Haas. The GM “definitely needs to be local” so they’re best placed to speak with local authorities, for example.

TIER hires for attitude. “The skills of operations we can teach, so we looked for the right people, smart people, doers, hands-on people who are showing the right attitude and the right willingness to identify themselves with our core values with our approach.”

Get automated processes in place early on and update your playbook with learnings from each launch. “It is important, if you want to scale fast and efficiently, that you don’t need to reinvent the wheel every time,” Haas says. “You need to adjust some things based on local requirements but in the end you need to have a skeleton, and an automated way to scale and to grow.”

7) Know when to hit the brakes

Sometimes, rapid expansion can catch up with you. Haas notes that they were growing so fast in the first half of 2019 that their expansion managers were working at warp speed, running new cities while launching others. “We were growing too fast, so we put a stop in it, and said ‘okay, now we have to clean up what we have done so far, hiring the right people, repairing our scooters, getting the city under control, and then we can continue to expand.’”

- TIER, Voi and Dott commit to sustainability standards that address environment and employees

‘Better done than perfect’: Micro-mobility scale-up TIER opens up about its expansion journey
Comments
Follow the developments in the technology world. What would you like us to deliver to you?
All