With two unicorns in two weeks, Draper Esprit is bullish on France

It’s been a mighty good fortnight for Draper Esprit. With two French portfolio companies achieving unicorn status in less than two weeks — not to mention a £111 million raise via another (non-French) portfolio unicorn — I started to wonder what’s going on over at Garrick Street, and more importantly why?

One of the most important markets in Europe

When it comes to France, unicorns, and Draper Esprit, there’s one man that you need to talk to, Managing Partner, Growth Fund, Will Turner. And so I did. 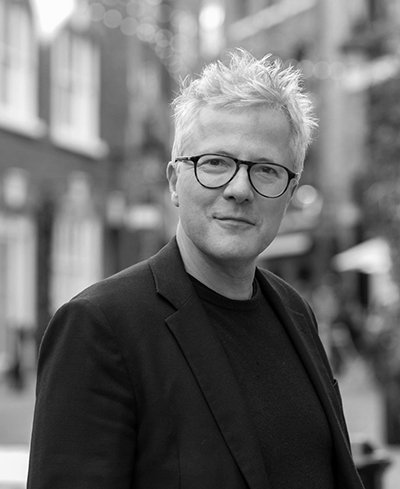 “There’s a confidence and excitement in France that I haven’t seen in many years,” opens Turner. “There’s a breed of entrepreneurs who are now international in their outlook.”

Now, to your humble author, the words 'tech', 'entrepreneur', and 'international' seem to go hand in hand. I pressed Turner about this. “What we’re seeing in France right now is are serial entrepreneurs; ones that have done this before, and know what it takes to be major players on a global stage.”

He then reminded me of the seemingly unending stream of talent that’s been pouring out of Sweden with a number of former Spotify talents taking on their own ventures. I don’t want to exactly call it 'trickle-down', because history has shown that’s never worked, but shall we  instead say, a passing of the torch?

A quick scroll through recent unicorn Ledger’s CEO Pascal Gautier’s CV, positions of VP Sales and Marketing and COO at publicly traded Criteo stands out as a solid gold star.

Similarly, flipping through Aircall’s CEO and co-founder Olivier Pailhès turns up a stint at the Boston Consulting Group, and a General Manager position, Iberia, for one of the planet’s biggest steel and mining companies, ArcelorMittal.

In other words, these guys got shit done when shit needed to get done.

“The quality of the entrepreneurs and the degree to which they’re encouraged to internationalise has shifted,” says Turner.

Trigger across the whole journey

In retrospect, at least two of 2018’s bets on the French ecosystem are paying off for Draper Esprit. Handsomely. In January of that year, Draper Esprit led the Series B round for (recent unicorn) crypto hardware (yes, hardware!) maker Ledger, albeit at a time when most of the world hadn’t quite come to terms with the impact digital assets would have. Fast forward five months, and together with NextWorld Capital, Draper Esprit saw the potential in unicorn (as of today) Aircall’s offer and led another Series B round.

Keep in mind, this is all pre-Macron’s governmental commitment to make France a startup nation and pouring €5 billion out on the table.

While a Series B investment is kinda sorta early, yes, but what about Draper Esprit and helping the hungry ones get up and running? “One thing that’s unique about Draper Esprit is that we have the ability to trigger across the whole journey,” commented Turner.

Once a storyteller, always a storyteller. Without missing a beat Turner, a former film maker, quickly pointed to Draper Esprit’s fund of funds, with which the firm has involvement in approximately 700 startups. And thus concluded my, "but what about the upstarts?" line of questioning.

It should also be mentioned that Draper Esprit is an LP in five French VCs, only further doubling down dans l'investissement Français:

With all that’s happened, happening, or on the verge of happening, it would seem that President Macron’s ambitious call to have 25 French unicorns by 2025 seems highly feasible. It might not quite be the pace that La French Tech Director, Kat Borlongan prophesises, but there’s no denying that the French ecosystem is on a roll.

And if I were a betting man, which I am, and given the opportunity to put my money down on some winning horses, I’d pick the stables that have the Draper Esprit logo on them any. Day. Of. The. Week.

With two unicorns in two weeks, Draper Esprit is bullish on France
Comments
Follow the developments in the technology world. What would you like us to deliver to you?
All