This week, the Tech.eu research team tracked more than 40 tech funding deals worth over €1.4 billion, and over 20 exits, M&A transactions, and rumours, and related news stories across Europe, including Russia and Turkey.

As a bit of a bonus, we've recently listed the top 20 financing deals for European tech companies in 2021, rounded up the most important news stories of the past year, reviewed the past year in terms of European tech IPOs, SPACs and direct listings, and took even deeper dives to list the biggest fintech and deeptech funding rounds in Europe in 2021.

We've also published our latest podcast(s) - have a listen!

🎧 Customisation and collaboration, in depth with Notion’s head of EMEA, Robbie O’Connor

Below, please find an overview of the biggest European tech news items for the past couple of days (subscribe to our free newsletter to get this round-up in your inbox every Monday morning). We're changing the format to make our curated roundup even more digestible and useful, feedback always welcome!

Visual collaboration/whiteboarding platform Miro has raised $400 million in a Series C funding round, now giving the company a post-money valuation of $17.5 billion. The new investment round will enable to company to continue to develop the platform and help companies across the globe foster innovation through collaboration. The Russian-founded company now splits headquarters between San Francisco and Amsterdam, and over the course of its 10+ year history, the profitable company has raised approximately $476 million. Also check out investor Accel's chat with Miro CEO Andrey Khusid.

Parisian SME-focused payroll and HR management solution PayFit has raised €254 million in a Series E funding round and is now a card-carrying member of the unicorn club at a valuation of €1.82 billion. The new funds are expected to drive PayFit’s ongoing recruitment efforts, keep the product development fires hot, and garner new clients.

London’s Gousto has raised $150 million in new funds. The deal is a combination of equity financing provided by SoftBank ($100 million) and debt financing via HSBC and Barclays ($50 million), and now gives the company a valuation of $1.7 billion. An original pioneer of the concept in the UK, Gousto provides consumers with a steady stream of over 60 various recipe box kits delivered fresh to their doorstep.

Sygnum, a Zurich-based digital bank with a Singapore asset management license, has raised $120 million in its series B financing round led by Sun Hung Kai & Co.

Chinese tech behemoth Tencent has taken a small stake in Monzo as part of a $100 million top-up to the UK challenger's recently announced $500 million funding round.

Digital-first healthcare company Babylon closed an acquisition deal for consumer health engagement firm Higi to deliver its services across the US.

Helsinki-based advertising platform Smartly.io is looking to push beyond just social, and in a deal worth, “more than $100 million,” has snapped up Google-focused creative optimisation service Ad-Lib.io.

London’s Albion Capital has announced its intention to raise £80 million with provisions for an additional £20 million in aggregate across its six funds. In total, these funds account for approximately £545 million in AUM. Focusing primarily on UK-based B2B software, healthcare, and tech-enabled services startups, Albion Capital typically invests between £2 million to £5 million in Series A and early Series B rounds.

Virgin tycoon Sir Richard Branson is reportedly drawing up plans to list a SPAC on the Euronext Amsterdam stock exchange in the coming months.

Germany's cartel office this week said it was examining Google's use of personal data and its Google News Showcase product under its new powers to regulate internet companies, and was also considering cases involving Amazon, Apple and Facebook owner Meta.

Playtech’s £2.7 billion sale to Australian slot machine giant Aristocrat is hanging in the balance after the London-listed gambling business moved to delay a shareholder vote on the deal. Playtech, which makes software for gambling companies, said it was pushing back shareholder approval of the Aristocrat deal.

The French government launched a new programme to link quantum machines and supercomputers. The resources will have to be made available to researchers and companies to ensure France is up to speed with the technological revolutions to come.

Spanish ride-hailing service Cabify could see one-third of its fleet in Madrid drive away as of January 20.

Must-read piece from Bloomberg on the 'dirty money' mixed up in London's fintech boom: "Among the more than 200 electronic money institutions licensed in the U.K. are ones with executives or shareholders tied to alleged financial wrongdoing."

Is Estonia about to ban the ownership of crypto assets? Nah, it says.

ICYMI: a few weeks ago VK Company, the top Russian Internet group previously known as Mail.ru Group, appointed Vladimir Kiriyenko, the son of a top Kremlin official, as its new CEO. Imagine that.

The Recursive has published a look at the SEE women in VC looking to support their local ecosystems and help both male and female founders scale internationally: "Women in VC: The SEE leading ladies and their take on why diversity matters"

Romania is moving forward with a digital nomad visa to become a hot spot for remote working in Europe.

Mikkel Dengsøe, who is currently leading the data science teams at Monzo, has calculated the 'data to engineers ratio' for 50 top European tech companies. 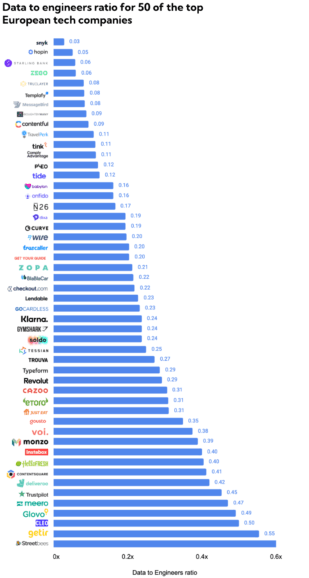 Crunchbase has released its latest global VC funding report, showing that funding to European startups grew by more than 150% year-over-year, with more than $110 billion invested for the year. That makes the tally about 18% of venture capital invested in startups globally.

Here's how VC investment broke down across seven regions in 2021, according to PitchBook data. 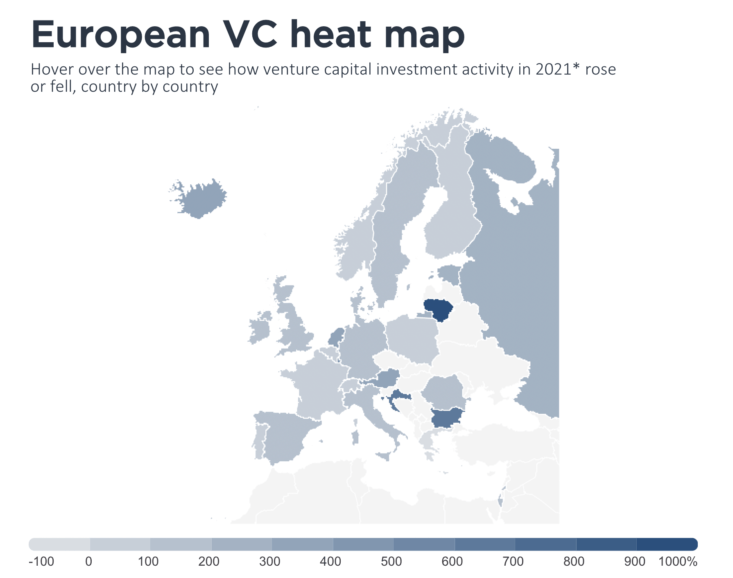 Alexandre Dewez, a VC at Eurazeo, has published his updated report on the French Tech Ecosystem for 2021, and it is well worth a read. 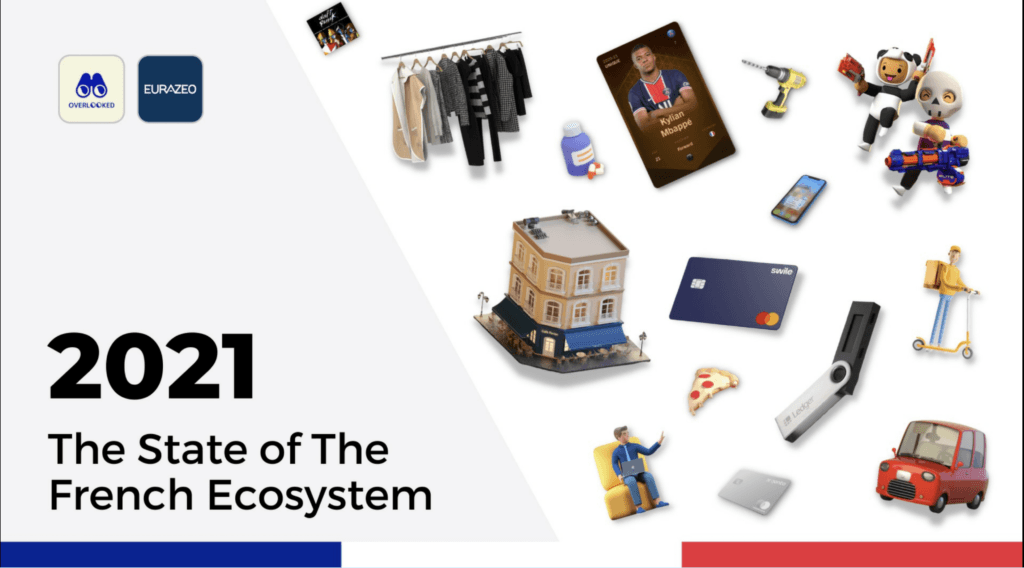 When investor get transparent... here's Kima Ventures performance as of Q4 2021 compared with Q4 2020: 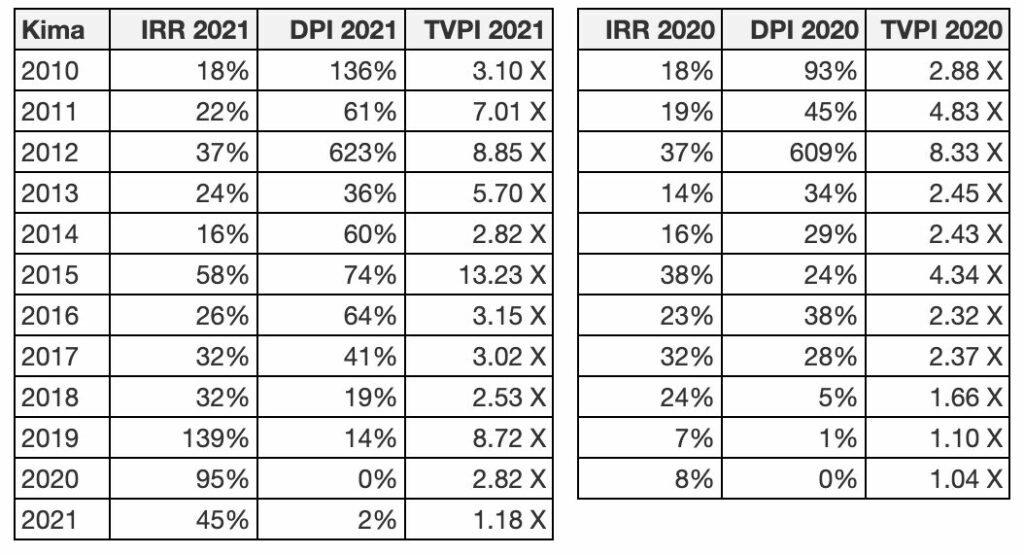 2021 ended with the highest cumulative number of public operations conducted in Spain in a single year (more than 400) and with more than €4.16 billion invested in Spanish technology companies according to StartupsReal, which is four times the figure for each of the previous three years, which ranged around €1 billion. 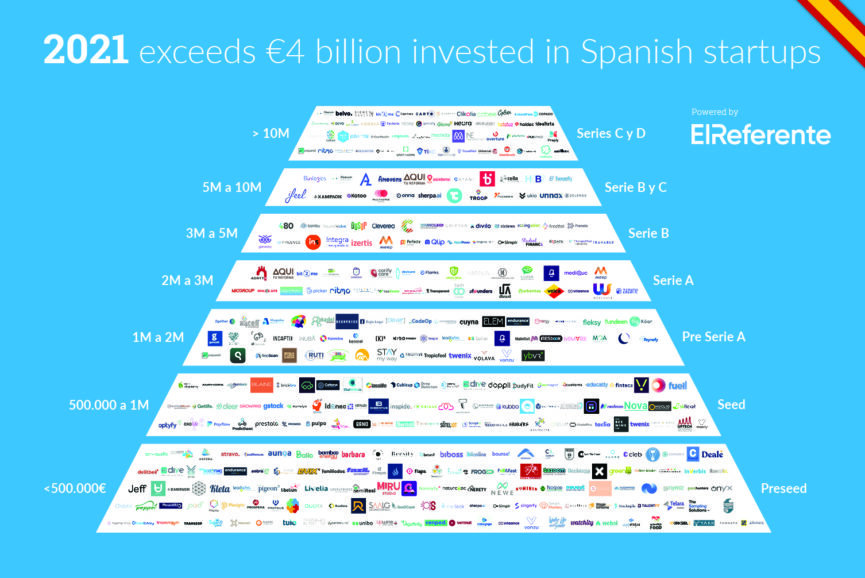 This Week in European Tech: Miro raises $400 million, PayFit nabs €254 million, Google and Facebook fined in France, and more
Comments
Follow the developments in the technology world. What would you like us to deliver to you?
All

NEXT
Forget Silicon Valley. Why Europe is the place to start your tech journey
Over the past half-century, Silicon Valley has been the hub for technological innovation. The…
Narek Verdian