Using natural fibres to make the world around us all the bit lighter, Bcomp closes $35 million round

With applications ranging from automotive to aerospace to mobility and infrastructure, Switzerland's maker of materials light, Bcomp has raised $35 million in a Series B round
Dan Taylor 05 April 2022
1
Share
Facebook Twitter Linkedin

Fribourg, Switzerland-based Bcomp has raised $35 million in a Series B funding round. The Swiss maker of all things light will use the capital to further scale the team size as well as commercial footprint via increased global and domestic production facilities. Since 2010, Bcomp has raised just $38.2 million in external funding.

Ok. Bcomp. What do they do, where have you perhaps already seen their offer at work, and what does it ultimately mean to you? Let’s drop the hammer.

To describe what Bcomp does would be to define the infinitely complex relationships akin to polycarbonates, fiberglass, and carbon fiber, a.k.a composite technologies.

Instead of employing any of the previously mentioned methods, what Bcomp does is uses natural fibres that are then reinforced with various grades and compositions of plastic resulting in a material with a far greater tensile strength at a fraction of the weight when compared to a similar part manufactured from, say, plastic alone. 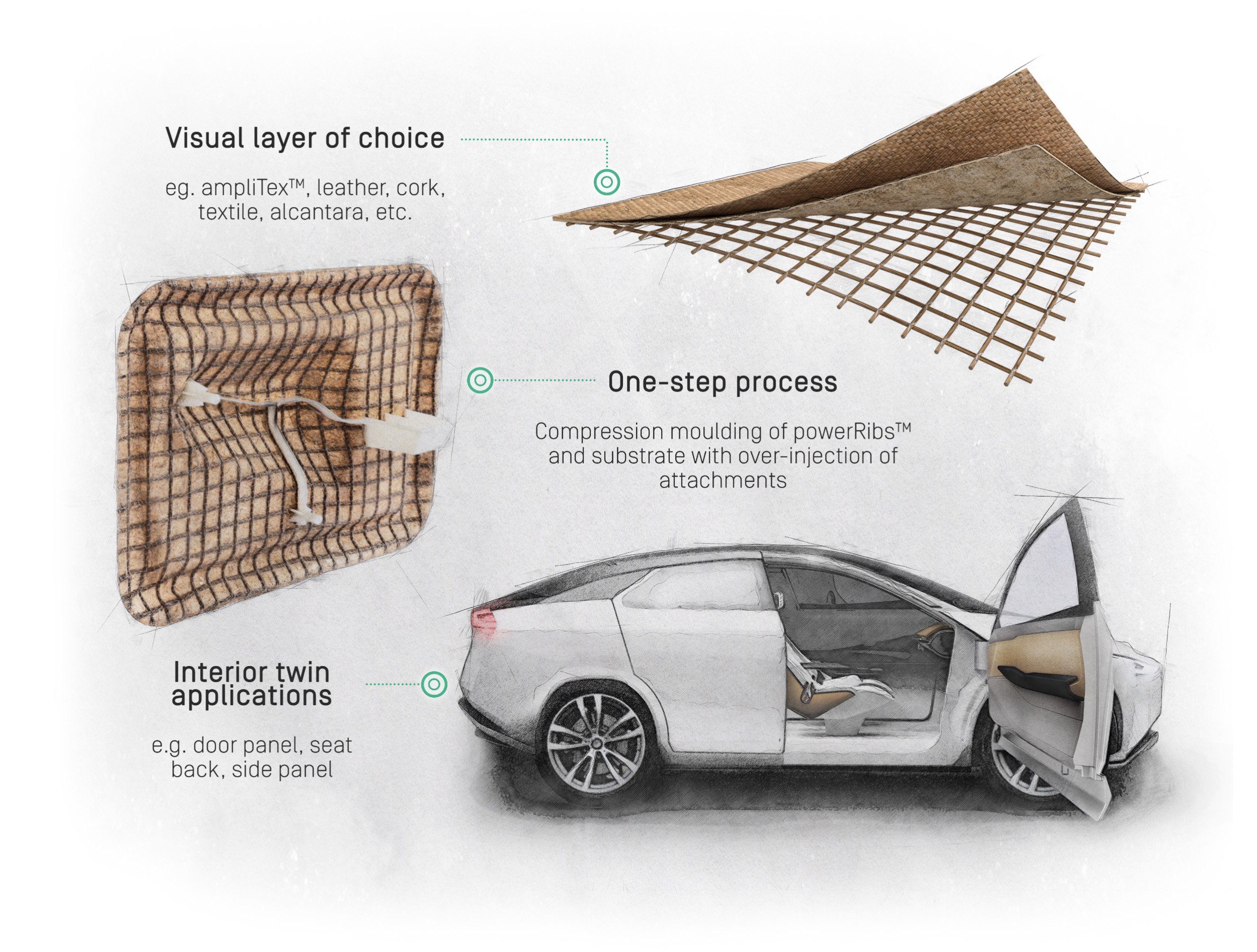 Where have you seen it in use? True to Alpine fashion, Bcomp started off life as a garage project in 2011 with the goal of creating a lightweight yet high performant ski. Some 11 years later, Bcomp’s materials have been employed by BMW M Motorsport in the firm’s 2019 Formula E race car, as well as The McClaren F1 team’s usage at the 2021 British Grand Prix.

Porsche has used Bcomp materials in the Cayman 718 GT4 CS MR, a vehicle that was instrumental in the launch of Porsche’s fully electric Mission R concept car in 2021.

And not to be left out in the cold, Volvo Cars has used Bcomp materials in the company’s Volvo ocean race recycled plastics demonstrator vehicle and more recently in its concept recharge vehicles in 2021.

What does it mean to you and me? Well, to those of us who still enjoy the feeling and sound and smell that a turbocharged boxer configuration 6 cylinder fossil fuel burner can deliver, the inevitable truth has been written on the walls: it’s the end of the road.

As eclectic vehicles become and will continue to become de rigueur, there’s really only one factor that it all boils down to - power.

Whether that power is derived in the form of delivery, e.g. longer-lasting, power powerful, able to charge faster, etc. etc. etc. batteries, or, and this is the crucial part lighter vehicles which then translate today’s available power sources into more effective forms of power delivery. All while not sacrificing safety and/or vehicle rigidity.

This is precisely where Bcomp’s ultra-lightweight, high-strength material comes into play. And given that it’s essentially assembled from renewable sources, plant fibres, the potential for mass adoption and injection into everyday autos, boats, infrastructure, aerospace, and who knows, perhaps the next-generation orbiting vehicles will feature a host of Bcomp fabricated parts.

Bcomp’s $35 million Series B round was co-led by BMW i Ventures, Volvo Cars Tech Fund, and Porsche Ventures, with Airbus Ventures and Generali, and a number of existing investors all participating.

“The success of this investment round is a testament to the many years of hard work from the whole team, paving the way for us to scale Bcomp to an entirely new level. We put a very strong focus on attracting strategic investors, but never could I have imagined closing the round with some of the most prestigious Venture Capitalists from the automotive, aerospace, mobility, impact- and finance sectors The strong interest from our targeted large-scale mobility markets is clear. Now is the time to scale our production and deploy our global strategy,” concluded Bcomp CEO Christian Fischer.

1 like
1
Using natural fibres to make the world around us all the bit lighter, Bcomp closes $35 million round
Comments
Follow the developments in the technology world. What would you like us to deliver to you?
All