This Week in European Tech: more than €5 billion in funding, VCs starting 'fund-of-funds' becomes a trend, EU less behind on AI than feared, and more

Here's a roundup of this week's biggest European Tech funding rounds, exits, 'other news' that you need to be aware of, topped off with an overview of must-read articles on all things #EUtech.
Robin Wauters 08 April 2022
Share
Facebook Twitter Linkedin

This week, the Tech.eu research team tracked more than 115 tech funding deals worth over €5.1 billion (equity + debt), and over 15 exits, M&A transactions, rumours, and related news stories across Europe.

As always, we are putting all of them together for you in a list sent in our round-up newsletter (note: the full list is for paying customers only, and also comes in the form of a handy downloadable spreadsheet).

We've also announced a whole bunch of confirmed speakers for our upcoming Tech.eu Summit on 17 May in Brussels. Check out more info here and get your early-bird tickets now! 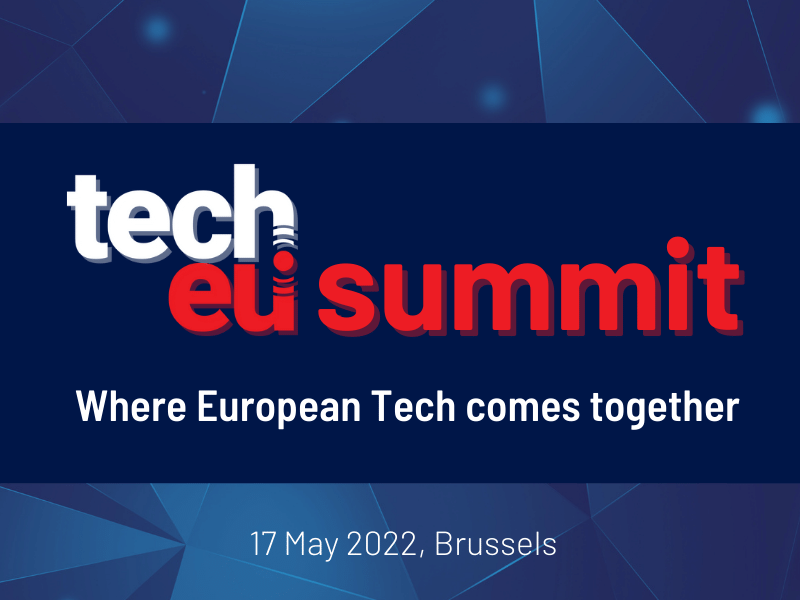 Berlin-based local delivery platform Delivery Hero has cobbled together a round of debt financing equivalent to €1.4 billion.

Swiss startup Climeworks has raised $650 million to scale up its technology that sucks carbon dioxide directly from the air.

Berlin-based all-things-tech rental platform Grover has raised yet another pile of cash, this time to the tune of $330 million in equity ($110 million) and debt funding ($220 million) in a Series C funding round.

UK-based Netomnia, a provider of fibre broadband infrastructure, and YouFibre, an internet service provider, announced on Friday that they have secured £295 million (approximately €353.46 million) in a fresh round of funding led by DigitalBridge Investment Management.

Europe-born HR solutions for distributed teams builder Remote has announced a robust $300 million raised in a Series C round.

Improbable has raised $150 million in a round led by Andreessen Horowitz and SoftBank's Vision Fund 2. The London-based metaverse technology startup plans to use the funding to launch a network of interoperable Web3 metaverses called MSquared.

Sweden-based Stockholm Exergi, an energy company that plans to build Europe’s first large-scale negative emissions plant, announced on Friday that it has received €180 million from the EU’s Innovation Fund.

London-based credit card lender Jaja Finance has raised an initial investment of up to £120 million from private equity giants KKR and TDR to fund its growth in the UK.

Vilnius, Lithuania-based Nord Security, the team behind the ever-popular NordVPN, has taken on external funding for the first time in its decade-long history to the tune of $100 million at a $1.6 billion valuation.

Madrid-based RITMO has closed a $200 million debt funding round led by i80 Group and Avellinia Capital to help e-commerce firms raise capital.

Montpellier-based carbon management platform Sweep has raised $73 million in a Series B funding round. The startup targets large enterprises and helps them meet the growing demand from customers to net-zero sustainability goals.

Paris-based provider of payment solutions to e-commerce sites, MANGOPAY has been acquired by US-based private equity investor Advent. The change of hands will see Advent injecting €75 million of primary capital.

Elkstone Partners has announced a new €100 million fund that is specifically targeted at Seed and pre-Series A Irish startups that qualify under Ireland’s newly revised Employment Investment Incentive Scheme.

The Dublin-based venture capital firm Delta Partners has announced the launch of a €70 million fund to target early stage startups. Delta says that it aims to invest in 30 Irish startups over the next three to four years.

GP Bullhound, the global technology advisory and investment firm, has announced the opening of its 11th and 12th offices in Luxembourg and Zurich.

To invest in the next set of Danish founders poised to take centre stage in solving the world’s most pressing - climate change issue, London-based fund Giant Ventures has rolled out a new incentive plan worth $5 million each year until 2030.

Major online platforms face a yearly fee up to 0.1% of annual net income to cover the costs of monitoring compliance with new European Union rules requiring them to do more to police their content, an EU document shows.

Spain’s government outlined plans to plough €11 billion into boosting the country’s chip industry, in line with a wider European push around semiconductor development.

Romania is to launch a €400 million fund of funds to grow equity investments by 2026.

The United Kingdom's government will soon bring in legislation to embed stablecoins, crypto assets pegged to other currencies, into its payment systems.

TikTok has once again delayed the timeline for opening its first data center in the European Union, in Dublin, Ireland — saying the facility is now not expected to be fully operational until next year.

Uber is offering new travel booking options for customers in the United Kingdom as part of a strategic push to become a national and international travel super app.

Increasing numbers of VCs are launching funds of funds as investors clamour for access, exposure, and diversification. We spoke to one established and one brand-new fund of funds to find out more about the trend.

The first quarter of the year is off to a strong start for Europe’s startups and scale-ups. With total investment surpassing €33 billion, Q1 outstripped the same three months in 2021 by €10 billion.

EU still behind on AI, but not as much as feared.

Tech.eu founder Robin Wauters sat down with Anne Toth, Amazon's Director at Alexa Trust to discuss origins, status quo, and what's over the horizon for the all-knowing oracle.

The role of tech in EU sustainability.

This Week in European Tech: more than €5 billion in funding, VCs starting 'fund-of-funds' becomes a trend, EU less behind on AI than feared, and more
Comments
Follow the developments in the technology world. What would you like us to deliver to you?
All

NEXT
What is the Future of PPT? A conversation with Lyel Resner and Tanya Filer
Lyel, where do you think we are right now with PPT How far have we come (particularly in the…
Dr. Johannes Lenhard